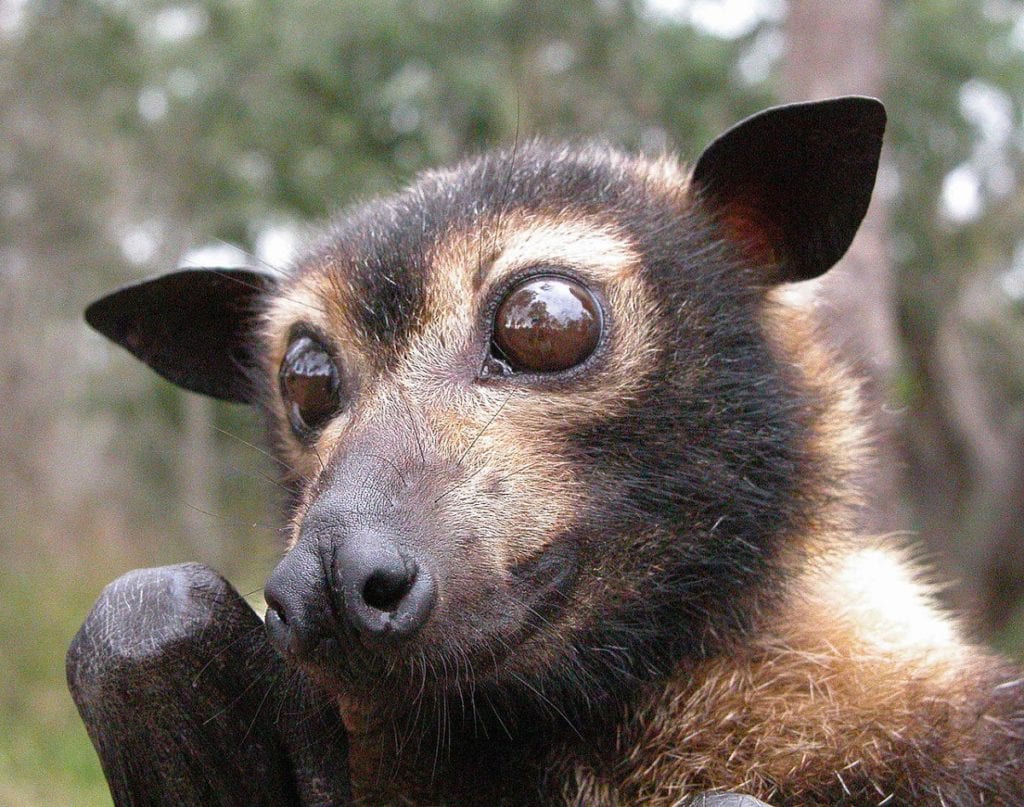 For centuries, people have associated bats with the sinister and the spooky. That’s possibly because of their beady eyes and razor-sharp fangs. Many now consider them the probable source of the coronavirus outbreak, as well.

But there’s more to these nocturnal creatures than meets the eyes.

There are more than 1,300 species of bats in the world. They comprise the second most common group of mammals after rodents. Some bats weigh less than a small coin. Others have a wingspan of six feet. All are vital members of their ecosystems.

The often-misunderstood critters are known by those who love them as ‘sky puppies’ for their cute faces and wacky personalities.

But what else is there to love about this unique group of flying mammals?

You probably already know that bats fly, but did you know that they are the only mammals to evolve this trait? The wings of a bat are made of a skin membrane that stretches between modified fingers.

Other mammals such as sugar gliders may be able to glide from tree to tree, but true powered flight is unique to birds, insects and bats.

That’s right, bats are pollinators for many crops we know and love and that includes agave – the main ingredient in tequila. They also pollinate tropical fruits like wild bananas and some mangoes.

In mainland Australia, mega-bats are major pollinators for eucalyptus trees.

Flying foxes are fruit fanatics. These mega-bats fly from place to place using their big eyes and super sensitive noses to find fruit. All this food has to go somewhere. When flying foxes poo out their dinner, the seeds they have consumed are spread far and wide.

This is why ABC Science’s Ann Jones describes them as flying farmers. By pooing out seeds, they keep the rainforest healthy and growing.

But bats are fastidiously clean creatures and have developed a plan to avoid this sticky situation. When the time comes bats flip round and hang from thumb claws like fluffy trapeze artists.

Microbats have a high metabolism so need to eat a lot to keep themselves going. Little forest bats weigh in at just four grams and yet each of these tiny critters can eat a whopping 1,000 mosquitoes a night, or more.

Having large numbers of bats around is great news for farmers as their penchant for six-legged prey means they are a natural form of pest control.

Bats live fast but they do not die young. Some bat species in Europe have been shown to live for over 40 years. Some scientists think their longevity is due to flight and flocking behavior which reduces how often they are killed by predators.

Because they are able to avoid being eaten at high rates, bats can have a slower breeding strategy compared to many other mammal species their size, such as mice which live for only a few years.

Bats might have a reputation for being a little spooky, but they can actually be very good buddies. While some bats do prefer the “iso” life, most live in colonies and share close social bonds.

Vampire bats in South America will even regurgitate blood to feed an unrelated bat who has skipped a meal that night. Cute, right?

Microbats, like toothed whales and dolphins, use sound to see. Unlike their mega-bat relations, who rely more on vision and smell. This microbat super sense is called echolocation and is very useful for night-time hunting.

Bats make a “pip” sound. This will bounce back from objects in their environment and help the animal create a “picture” of where it is.

Some microbats have faces that look like they could have been created in a Dr Who studio. Their big ears and strange nostril growths aren’t just for show – these structures help the bats perceive sounds as they bounce back to them.

For many species, these “pips” are out of the human hearing range, but researchers can record them with special equipment to identify their unique calls.

While the bats and the viruses they carry must be studied, we cannot blame them for the pandemic. As many have pointed out, humans have encroached on the bat’s natural environment and lives, not the other way around.

People in many parts of the world eat bats. Merchants sell them in live animal markets, which was the source of SARS and – quite possibly – COVID 19. That’s why experts have stressed that stopping the sale of wildlife in markets is essential to curbing future outbreaks similar to the one we are living through right now..

We would like to thank ABC Science for the basis of this article.