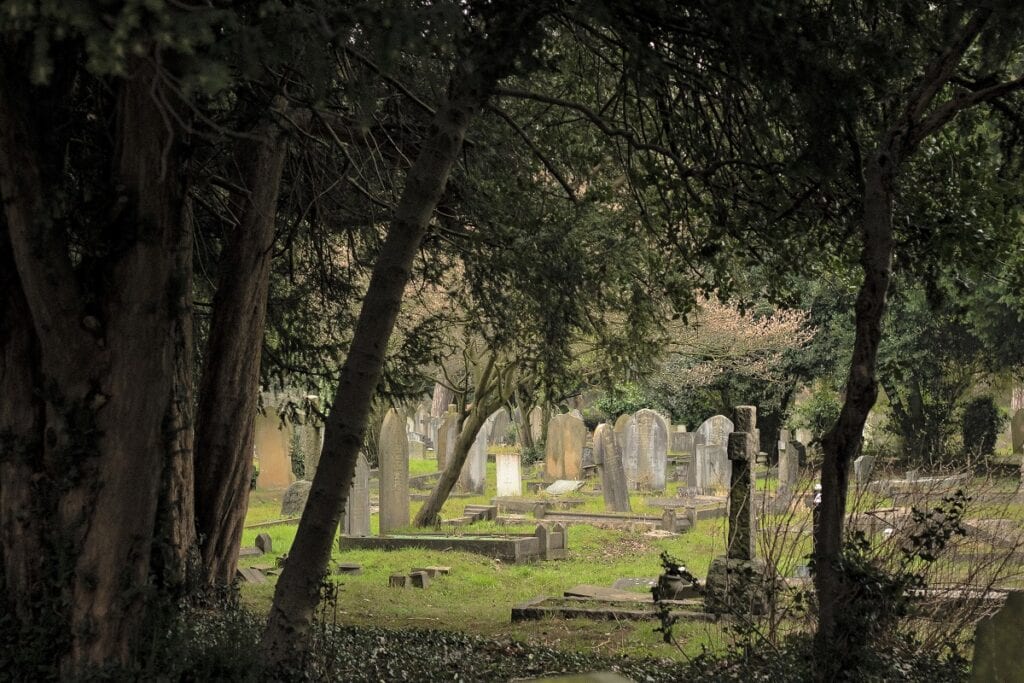 In the age of the coronavirus, obituaries have started to run tragically, collectively, long – and funerals have become more difficult and painful than they used to be.

In fact, for many, one of the gloomiest challenges of the crisis is how to honor the dead.

That is to be expected. When it comes to decisions concerning the departed, rational, cold-hard thinking can be elusive – which is why the death-care company, Recompense, is unique.

The Washington-based startup announced recently that it is now accepting prepayment for a death-care service that turns dead bodies into life-giving, garden-variety compost.

More than just about being rational, however, the company’s founder, Katrina Spade, says the business is about fighting climate change.

She laid out the motivation behind her business in a quiet, measured tone during a TED talk in Eastsound, Washington, in 2014.

“Our modern funerary practices are designed to stave off the natural processes that happen to a body after death,” Spade said. “The truly awful truth is that the very last thing that most of us will do on this earth is poison it.”

In all, cemeteries occupy a staggering one million acres of land in the United States alone, says Spade. Caskets destroy about four million acres of forest every year while burials use 30 million boards of wood and 800,000 gallons of embalming fluid.

Cremations are no better, says Spade, emitting as they do around 600 million pounds of carbon dioxide into the atmosphere each year.

Spade spent seven years lobbying the State of Washington for a legal alternative to burial or cremation. The state’s legislature passed a bill legalizing the composting of human bodies late last year.

The idea of composting dead bodies first came to Spade when a friend told her about how some farmers had been recycling their animals back into the land for decades.

“It was actually quite like a light bulb going off,” she tells Robin Young of Here & Now.

The designer and entrepreneur first developed her company’s human composting process when she was studying architecture at the University of Massachusetts in Amherst.

She did further research for her venture with Washington State University’s crop and soil sciences department.

To prove the process was safe and effective not just for farm animals, but for humans as well, six individuals donated their bodies to the study.

The process is fairly straightforward – as any responsible gardener may have guessed. The company places the body into a reusable vessel, covering it with wood chips and aerating it.

This creates an environment for microbes and bacteria essential for decomposition.

The body then begins to break down through a process known as natural organic reduction.

Spade says the body is fully transformed into soil within 30 days. The company offers the opportunity to donate the soil to Bells Mountain, a 700-acre nonprofit land trust in southern Washington.

Troy Hottie, a sustainability analyst and advisor to Recompense, says the carbon dioxide saved by composting one human corpse is between 0.84 to 1.4 metric tons.

That is quite a lot, according to Hottie. One metric ton is equivalent to burning over a thousand pounds of coal or driving 2,500 miles in a car.

“A Place Where Plants are Started”

Still, Spade’s successful bid to legalize the composting of human remains was no small feat. Many are simply unprepared for something so far removed from the conventional way people honor the dead.

In California, a bill to legalize human composting is meeting stiff resistance from religious groups like the California Catholic Conference.

“We believe that the ‘transformation’ of the remains would create an emotional distance rather than a reverence for them,” Steve Pehanich, a spokesperson for the religious organization.

Recompose experienced some setbacks of its own – not from the religious, but because of the pandemic. Spade says funding dropped as estimated build-out costs for the company’s facilities rose.

So much so, in fact, that Recompose had to cancel plans to open its first flagship space in an 18,500-square-foot warehouse, she told reporters recently.

The company has since found a smaller location that holds 10 vessels and no public gathering space in the SoDo district of Seattle, the Seattle Times reports.

“It’s a place where plants are started,” Spade says of the new Recompense facilities. “It’s where things germinate, and where you figure out what works.”

Recompense begins accepting bodies this November. So, just how much would it cost you to legally turn your corpse into compost?

The cost of a ‘pre-compose’ plan is $5,500 – which is about equal to the lowest average cost of a funeral in the US. A payment plan of $25 to $500 a month is available. Prepayments can be made through the Recompose website.

“For some, it was a way to … give back whatever nutrients we have in our bodies when we die, even if it’s just a little bit, rather than burn that nutrient up or bury it in the ground,” Spade says. “The idea of being able to give it back to this planet that supports us our whole lives – I think it was a little bit of that.”

She has, of course, bought a Recompense plan of her own and intends to have her company dispose of her body when the time comes.