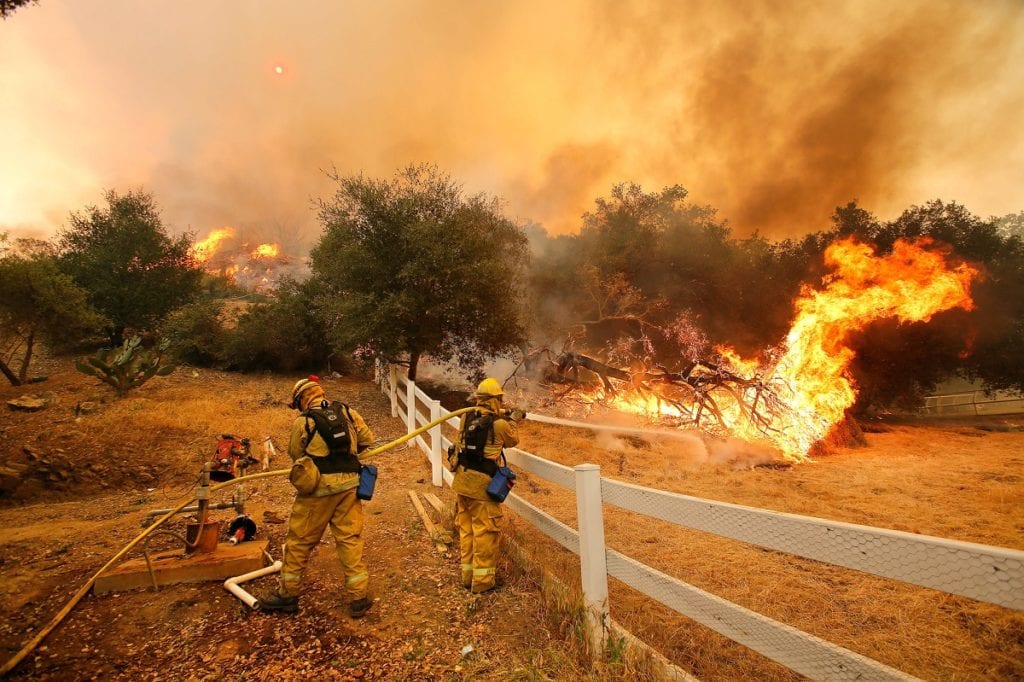 Of all the things we learned early on in life, few match the practical wisdom and propriety of cleaning up your own mess.

Countless generations learned this lesson in kindergarten. We have since taught our own children this same fundamental precept.

And what we teach toddlers in preschool we surely should expect from societies and governments that span the continents.

We are – without a doubt – experiencing some kind of climate moment. Unprecedented wildfires are turning vast swaths of land into ash in just about every corner of the world. Typhoons are dumping record levels of rain in the tropics, and the ocean temperatures are at their highest since the mid-20th century when scientists first began taking accurate measurements.

Clearly, the industrial nations adding troubling amounts of carbon dioxide to the atmosphere will need to go beyond today’s inadequate efforts to stop. In fact, at this rate, many claim they must begin considering how to reverse course.

They must also stop using that myth of a talking point about their recent conduct. That is, that they have made substantial progress in reducing greenhouse gas emissions. This is simply not true.

This is not true because US carbon emissions climbed last year as the consequences of the Trump Administration’s policies began to unfold. But it is also not true for reasons beyond the current White House.

Rising Methane Levels in the Atmosphere

The second most important contributor to climate change is methane.

When you frack the countryside for natural gas, a great deal of methane leaks out at every stage of the process, from drilling to combustion. What happens is that we have less carbon dioxide, but more methane in the atmosphere.

Then there is another side to the problem many may find too easy, too tempting, to overlook.

Over time, we have come to think of the climate crisis as a political issue, a failure of public will that has allowed the introduction of criminal policies and the rise of incompetent and morally bankrupt leaders and corporations.

That is a convenient excuse for individual inaction we can no longer afford.

The fact is when the brass is unable – or in Trump’s case, unwilling – to take responsibility for their own actions, the burden of cleaning up after our civilization’s mess falls on us.

After all, we are responsible for a considerable portion of the climate problem. Any discussion of the climate crisis would be woefully incomplete without considering our culture of consumption, with its gifts of paralysis, along with its creature and symbiont, the careless shopper.

Willful idleness daily leads us to a spot in front of the TV, supine, yawning, slowly turning into candidates for heart disease, diabetes, and cancer. We eat too much, envy the celebrated, covet expensive merchandise, and lust after images.

We are angry at the news and are perversely proud of whatever distance we might summon – or invent – between ourselves and what appears on the screen.

If there was ever a time when we should all start cleaning up our mess, then it must be now.

Because when you decide to take small but significant actions at home, this decision will re-define how you live your life, says Kirsten Bradley of Milkwood Farm and Milkwood Permaculture in New South Wales, Australia.

The decision will change how your family will live their lives and you will make a difference, she says.

Bradley, a farmer and community organizer, outlines a number of things you can do at home to at least reduce your role in the climate crisis.

She suggests everything from making your own beeswax food wraps, growing your own food, re-thinking transport, and switching your super fund to one that does not support fossil fuels.

“A Whopper of a Book”

Bradley also recommends that you get your hands on a copy of David Holmgren’s ‘Retrosuburbia,’ which she says is “a whopper of a book.”

Holmgren is best known as the co-originator of the permaculture concept following the publication of Permaculture One in 1978.

Permaculture is a framework for creating sustainable ways of living. The philosophy stresses a balance between agriculture and a site’s permanent ecology: its soil, water, and climate.

At its core is a practical method of developing ecologically harmonious, efficient, and productive systems that can be used by anyone, anywhere.

That small idea has today become a global phenomenon, practiced by ecologists and landscape designers in 126 countries.

Holmgren has since developed three properties and consulted and supervised in urban and rural projects. He has also presented lectures, workshops, and courses in Australia and around the world.

Thousands of permaculture practitioners come to Melliodora, where Holmgren lives, to learn from him. But after a career filled with accolades, he is cautious about being seen as a green guru.

“I have been reluctant to do anything to harvest recognition back to me,” he told the New York Times last year. “That permaculture has gone viral is more than enough, for without any rah-rah hubris you can give more.”

Holmgren, who has also written about climate change, grows almost everything he eats. He doesn’t own a mobile phone or a TV. Most of his clothing is secondhand. He never flies, won’t go to a supermarket, and – according to the New York Times – can’t remember his credit card PIN.

One might say Retrosuburbia is part manual, part manifesto, and is entirely about home-level climate adaption and solutions.  The book discusses the options available to retrofitters in three ‘fields’ – the Built, Biological, and Behavioral.

Holmgren teaches his readers how to retrofit a home with solar panels, collect and store water, use wood for cooking and warmth, raise domesticated animals, preserve food and recycle waste, and defend against wildfires.

Holmgren also includes some of his speculations on the future and his philosophical musings. Throughout, examples from his ‘Aussie St’ story and real-life case studies support and enhance the main content.

“Every household should have a copy of this, in our opinion,” says Bradley of Holmgren’s new book. “Or ask your library to get it in.”

Bradley is upfront about the demands of living according to the permaculture philosophy.

“If you even sit down for 10 minutes and do a little brainstorm, you will come up with many, many more ideas, I’m sure,” she says. “But by doing these – any of these – you will shift your thinking. About energy, about climate, about community, about home.”

For his part, Holmgren sees the quest for sustainable living as a journey across a landscape as unique and challenging as the Australian outback itself: arid, hauntingly beautiful, and unapologetically brutal.

He is on this lifelong expedition because he understands that he has no choice. We have run out of time. We have no more decades to waste, no more of the natural environment left to pillage and destroy without consequence.

“I am just another Australian trying to work out how we move beyond camping in this land to being rooted to it,” he once wrote. “Permaculture has been my sustained search to find home.”

If you want to learn more about permaculture and home-based solutions for climate action, you can read Bradley’s Milkwood article here.