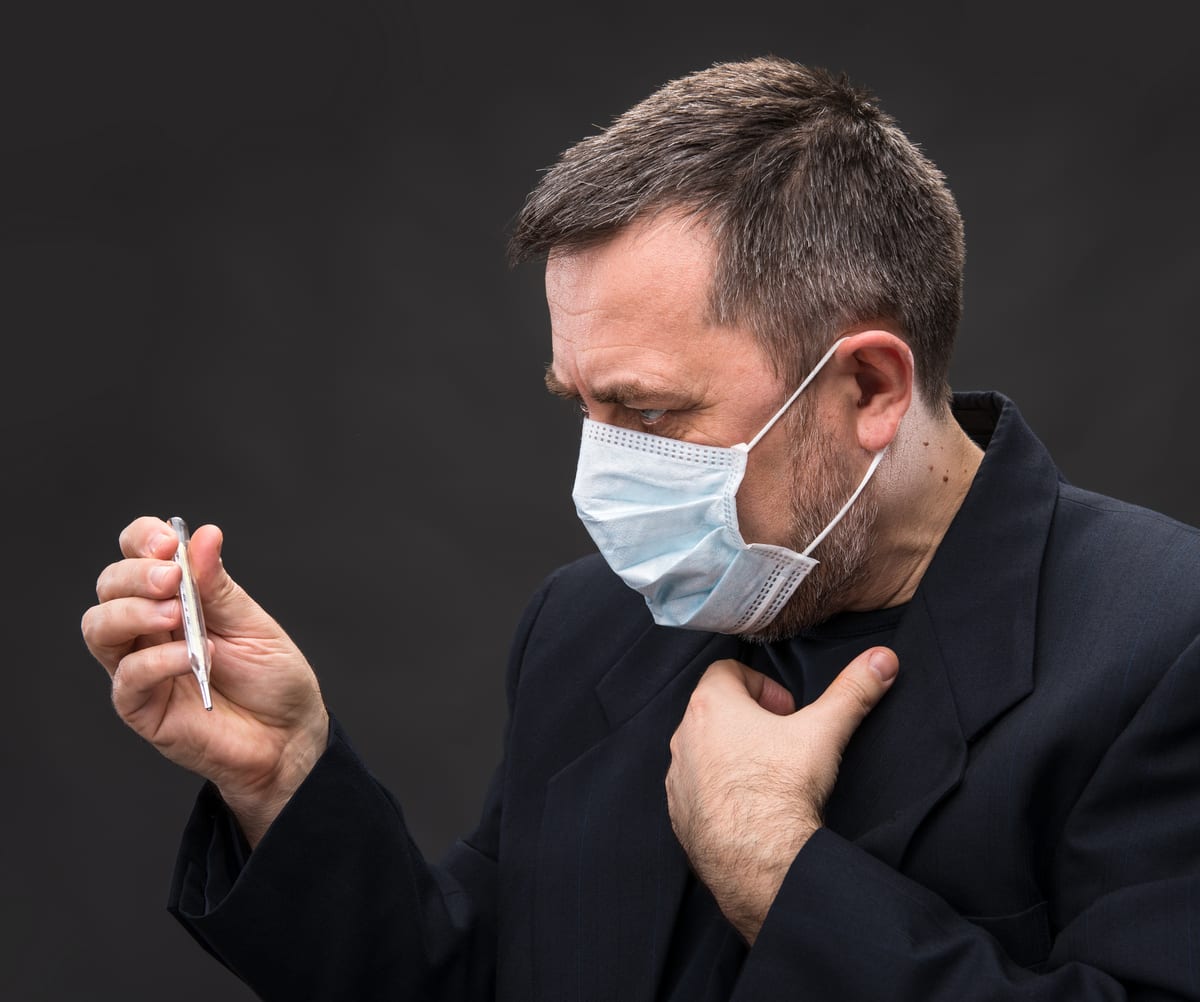 How badly you will be effected has a lot to do with your general state of health.

I’m not new to either the global warming or the mass extinction debate. I’ve been ‘banging the drum’ for decades.

I’m 70. I’ve got eyes, ears, a nose and, thankfully, an analytical brain. And I’ve personally experienced mega environmental changes over my lifetime.

You have to be deaf, dumb and blind and mentally deficient to not see the obvious… we are heading toward the cliff at an ever-accelerating pace!

And in this decade, we’re on schedule to lose the:

These are not insects or microbes or other ‘insignificant’ life-forms. They are just a sampling of the 5,000 plus critically endangered species that we have classified as heading for extinction before 2030!

For crying out loud, even the Bonobo and Chimpanzee – our two nearest relatives are under severe threat!

Do you really think that we will somehow be able to destroy everything around us and yet continue to survive – let alone flourish???

But what’s astounding to me is that ‘the world’ is now on high alert over the coronavirus COVID-19 – prepared to do ‘whatever it takes‘ to save humanity from another pandemic like the Black Plague or Spanish Flu, while talking down the existential threat of environmental destruction!

In today’s news, I saw article after article on the risks we are facing from coronavirus COVID-19. Somewhere toward the bottom I also saw the following glimmer of light…

Could we face a mass extinction of human beings in our lifetime?

As global temperatures rise and this summer’s bushfires devastate the Australian landscape, it’s a worst-case scenario that is beginning to be seriously discussed.

The rapid spread of the coronavirus in recent weeks has also escalated the anxiety that people feel about their mortality.

However, there seems to be a difference in the way the public has reacted to these two threats. Global warming and potential mass extinction are seen as a vague threat somewhere out there in the distant future, whereas coronavirus is viewed as a clear and imminent danger.

The growing fear of a coronavirus pandemic appears to have quickly motivated Australian health authorities and governments into immediate and appropriate action.

By comparison, the anxiety around global warming and potential mass extinction seems muted.

Human beings have a naive optimism

A report written by Paul Gilding, a fellow at the University of Cambridge Institute for Sustainability Leadership, and commissioned by the Breakthrough National Centre for Climate Restoration, put forward the view that there is a “high likelihood of human civilisation coming to an end in 2050” if action is not taken to curb climate change.

Climate change deniers will typically denounce any discussion of mass extinction as histrionic doomsday talk, while some climate change believers argue that discussing mass extinction now is precipitous and dampens the optimism that we can turn global warming around with a positive “can-do” spirit.

Who would have thought that both camps have a psychological mindset in common?

A naive optimism that human beings are just so clever that it will all turn out OK.

Psychoanalysts use the term manic defence to describe how human beings can pathologically cling to optimism and hope as a way of denying their depression and anxiety.

To contemplate mass extinction is indeed a dark place to go to and a difficult conversation to have — even more difficult than global warming itself — because it is to think the unthinkable.

But spiritual traditions across the world believe it brings depth and richness to our lives to contemplate our own death. It does not necessarily have to be a morbid preoccupation.

It is sobering to consider what scientists tell us of the paleo-ontological history of the Earth, which may throw some light on the fate of human beings when we look at the broad sweep of time.

“More than 99 per cent of all organisms that have ever lived on Earth are extinct. As new species evolve to fit ever-changing ecological niches, older species fade away,” National Geographic science writer Michael Greshko wrote.

“At least a handful of times in the last 500 million years, 75 to more than 90 per cent of all species on Earth have disappeared in a geological blink of an eye in catastrophes we call mass extinctions.”

As human beings, we need to remind ourselves that we are oxygen-breathing biped mammals.

In other words, we are animals. Evolutionary science demonstrates that we are continuous, not discontinuous, with other animal species.

If one’s view of the world is based on science, we are not special, we were not placed here by a God to be the custodians of the Earth (and if we were, we have let the Almighty down big time!) and like all other species, we will have our place in the sun.

We will die out, and other, more adaptable, life forms will take our place.

The myth that we are somehow special and will continue to live forever as a dominant species is based on a deluded human-centric form of existential narcissism.

We may wring our hands and our hearts may ache at the rapid destruction of wildlife that is happening right now before our eyes, but we never seem to seriously consider that we may go the same way.

But as the poet John Donne wrote: “Do not ask for whom the bell tolls, it tolls for thee”.

Death can be transformative

We may liken the state of the Earth to a man who has just been told by his doctors that he has lung cancer. There is treatment available that might save him, but it cannot be guaranteed that it will work.

The human species may, metaphorically, keep puffing away on fossil fuels and an inevitable death may well be the outcome in a blip of geological time.

But even if we “undergo the treatment” — changing over to sustainable forms of renewable energy, for example — there is no guarantee of survival.

Friends of mine who work professionally in palliative care tell me that most people have peaceful deaths. Even better, it is well documented that some people have transformative spiritual experiences as they near the inevitability of death.

They atone for all of their past mistakes quite freely and without restraint, their hearts open to loved ones and enemies alike, and they experience a sense of oneness with the transience of life and the interconnectedness of all things.

We can only aspire to the same maturity of spirit.

Let’s talk about it candidly

As a psychologist, years of clinical experience tells me it is healthier to gently bring anxiety out into the open and discuss it empathically with others rather than taking refuge in angry denial or manic defence.

This includes how we talk to children about this distressing topic when they want to engage us with their questions and their fears.

The same guidelines for talking to children generally about death can be applied here.

When I have worked with children who have a parent with a life-threatening illness, I find it is much wiser for the adults to tell the truth calmly and kindly rather than give false hope.

There is a vast difference in saying to a child, “Daddy is very sick but the doctors are going to make him better and he will be home soon,” compared to, “Daddy is very sick and everyone is doing everything they can to help him get better but we can’t be sure he is going to live much longer. We all hope he pulls through.”

Children can sniff out the anxious emotion behind the sweet syrupy words of false optimism much more than we give them credit for.

They pick up an incongruence between the positive message and the exaggerated emotion with which it is expressed, and it confuses them.

Being straight with them will calm them far more than false optimism.

When we embrace the end, our lives are more vibrant

This means the adults learning to calm themselves in the face of their own inevitable mortality.

The practice of mindfulness and the contemplation of one’s own death is one beneficial way to do this.

While mass extinction from global warming, including mass extinction of human beings, is a new and concerning threat that we have not had to face before, death itself is not new.

Our here-and-now lives are more vibrant and full of gratitude when we can embrace them fully.

Geoff Dawson is a psychologist and Zen Buddhist teacher.