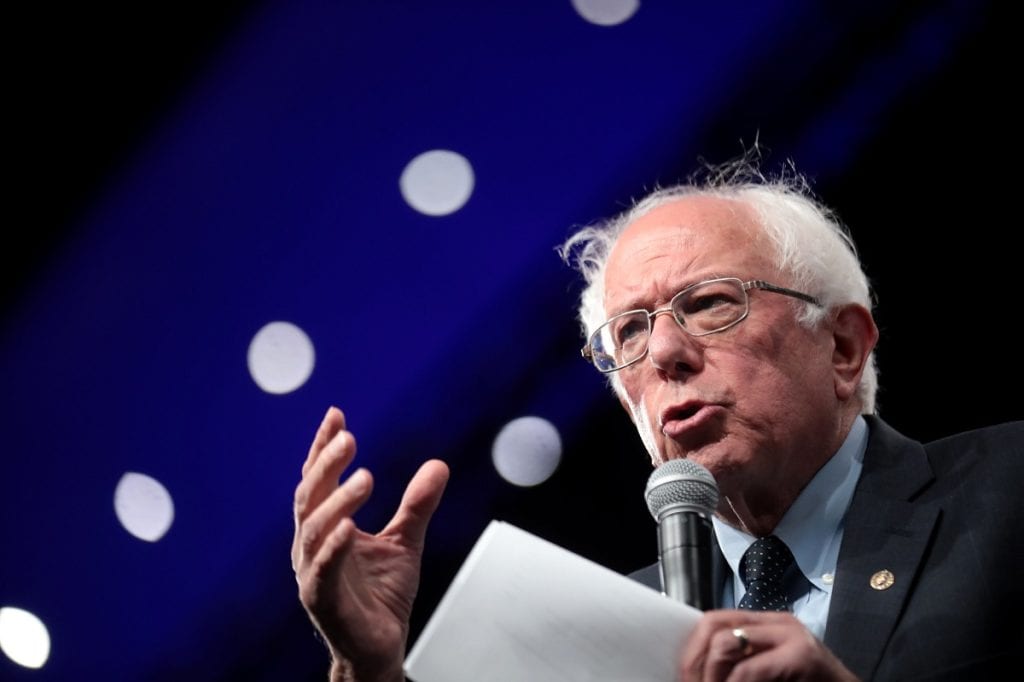 WHEN Bernie Sanders last ran for President, he sounded like a grating seventy-year-old record. He tried to persuade America – sometimes with strident severity – that a defeated ideology and a dour, disheveled old man could represent its future.

No one – perhaps not even his most avid supporter – was surprised that he lost.

Now seventy-eight and just three months clear of a heart attack, Sanders has achieved what for a time looked impossible. He has survived obscurity – and blatant fear-mongering – to become the co-front-runner for the Democratic nomination for the Presidency of the United States.

Regardless of whether the Vermont lawmaker claims the nomination himself, his bid could have a big impact on which candidate eventually does.

Sanders will throttle the campaigns of contenders whose support overlaps with his, thinning the huge flocks of voters available for those aiming at the same groups.

This early, his grassroots operations are showing signs of significant muscle, earning more in donations than President Trump’s campaign.

But for all his impact, Sanders still faces enormous obstacles in his bid for the Democratic presidential nomination. Crucial among them is a history of resistance among African Americans and party hardliners.

Recently, however, he demonstrated what detractors of his progressive agenda still seem unable to comprehend: an intelligent and wholly practical strategy.

Ignored by the mainstream media and even a few “progressive” outlets, his message has spread nonetheless, lately winning support from a few US climate scientists.

Sanders’ Green New Deal is a sweeping proposal that calls for “100 percent renewable energy for electricity and transportation by no later than 2030 and complete decarbonization by at least 2050.” His climate agenda likewise calls for public investments amounting to $16.3 trillion over ten years to create an estimated 20 million new jobs, support vulnerable communities and workers, and fund a massive infrastructure project.

Biden criticized the plan during a campaign event in Claremont, New Hampshire on Friday, but climate experts like meteorologist and journalist Eric Holthaus were quick to object. “I’m a scientist, and I think it can work,” Holthaus tweeted.

“What We Lack Most”

Other scientists share Holthaus’ faith in the Green New Deal.  Proof of that support came Tuesday in the form of the succinct yet forceful letter addressed to Sanders by 57 climate researchers and scholars.

“The top scientific body on climate change, the United Nations Intergovernmental Panel on Climate Change (IPCC), tells us we must act immediately to bring the world together to stop the catastrophic impacts of climate change,” the letter states.

The climate experts say Sanders’ plan is “not only possible,” but necessary “if we want to save the planet for ourselves, our children, grandchildren, and future generations.”

In another recent tweet, Geoffrey Supran, a research associate in the Department of the History of Science at Harvard University, said that while the “scholarship is clear” and the technology to solve the climate crisis is available, “what we lack most is political will.” According to Supran, “Mr. Biden’s comment embodies that.”

Taking on the Powerful

The open letter is far from the only endorsement of Sanders’ climate plan. As soon as his Green New Deal plan was released in August of 2019, it was heralded by green groups and climate experts as a “game-changer”; “a roadmap of what we as a society need to do to confront the climate emergency”; and the only proposal “put forward by a major candidate that represents a level of ambition that matches the scale of the unprecedented crisis in which humanity now finds itself deeply entangled.”

You’d expect a growing coalition of this size and stature would be enticing to other Democrats, but Sanders has been endorsed by just one of his Senate colleagues, Patrick Leahy, of Vermont. Only seven members of the House have signified their support for his candidacy.

The road ahead is long, rough, and uncertain. Even the somewhat cynical progressive might balk at the scale and sheer ambitiousness of Sanders’ environmental platform – indeed, the core his entire candidacy. There is something startlingly incongruous about his age and his candid – almost childlike – eagerness to say what other Democratic candidates refuse to say in public.

“We are going to bring our people together to take on all of the powerful special interests that today have so much economic and political power over this country,” he told The View.

But few if any other candidates – Democratic or Republican – are able to inspire among supporters the feeling of taking part in something new, exciting, and worthwhile as Sanders does.

There are times when that feeling – that instinctive pang for revolution – is more powerful than ideology and money. For Sanders – and perhaps for the planet, only time will tell if it is as enduring.

Parts of this post originally appeared in an article by John Quealy for Common Dreams.