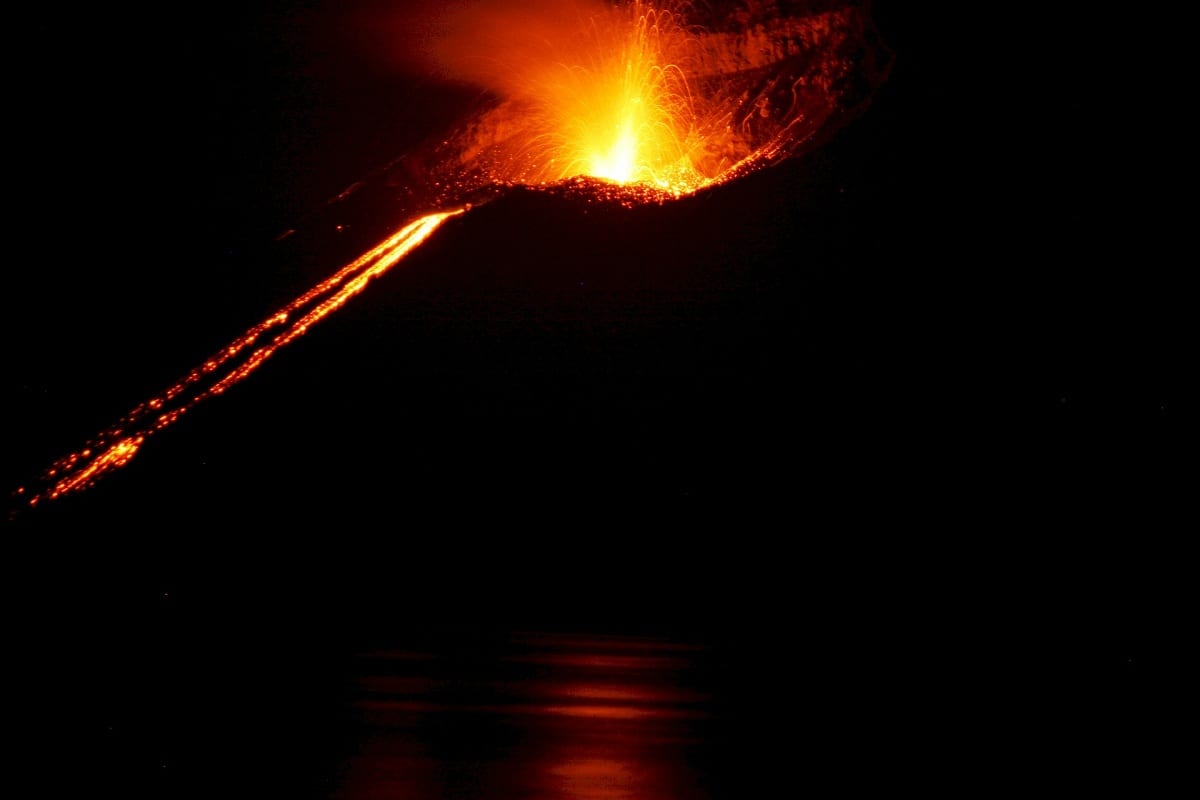 When Hell roars, the world trembles.

For 500 years, Mount Pinatubo sat in imperturbable meditation — a stone giant unmoved by the tumult of passing centuries.

When the volcano erupted in June 1991, it exploded with devil fire, hurling five cubic kilometers of gas-charged magma skyward.

The earth groaned as the volcano disgorged burning boulders from its maw. Buildings many kilometers away tottered as the ground shook. An immense pall of volcanic ash curled upward to blot out the sky, turning day into night.

Such was the centuries-old pressure stored inside the mountain that the eruption continued for nine ferocious hours.  Up to 800 people died and 100,000 more became homeless following the sustained explosion.

Philippine officials knew the volcano was likely to erupt.  They could not have predicted anything else. There was no time.

People have been trying to figure out the workings of volcanic eruptions for thousands of years.

Science and superstition have associated volcanic activity with the gravitational pull of heavenly bodies and the disposition of the gods.

So far, none of these suppositions has yielded practical results.

But a team of scientists from Italy, Germany, and Saudi Arabia have published a paper that suggests a crucial piece of the puzzle.

We have all seen pictures and videos of magma shooting from the summit of volcanoes.  That is not always how it happens.

The collapse of a volcano’s summit will often force magma to surface elsewhere.  The magma eventually pushes upward, creating fissures on the ground.

The vents spew sulfur dioxide, ash, and molten lava. The gas and debris can harm people in nearby cities and towns. Three such fissures exploded on Mount Pinatubo’s northern flank.

The challenge for volcanologists is to predict where and when magma will breach the surface after the summit falls.

With no summit to focus its force, magma is virtually impossible to track. The explosive vents could appear anywhere.

Rivalta and her team, however, believe they have found a way to predict when and where the eruptions will happen.

“Our method combines physics and statistics,” says Rivalta. “We calculate the paths of least resistance for ascending magma and tune the model based on statistics.”

The researchers discovered that magma tends to move through rocks that are less compressed.

Scientists had previously thought that magma coursed through existing pathways — the assumed path of least resistance. Rivalta and her team assert that this premise is wrong .

To test their own theory, Rivalta and her colleagues used their findings to build computer models of the Campi Fleigrei volcanic field, in Italy.

The objective was to determine whether the models would track along historical data on the path of magma in the area.

The test proved astonishingly successful. The models accurately mapped the 70 eruptions in Campi Fleigrei in the past 15,000 years.

“We will now perform more tests,” Rivalta says. “If our method works well on other volcanoes too, it may help in planning land usage in volcanic areas and forecasting the location of future eruptions with a higher certainty than previously possible.”

Science appears to have found another clue as to what comes next in this instance. People have nevertheless learned to live with uncertainty — and our troubles will continue, for sure.

The years to come will be unpredictable, wonderful, and terrifying, and even the mightiest of the brass — we gleefully hope — are going to be caught flat-footed.

But today it looks like we may just be able to forecast — with time left, hopefully –when and where Hell will rise next.

Exercising your brain – how a great podcast can change your future…