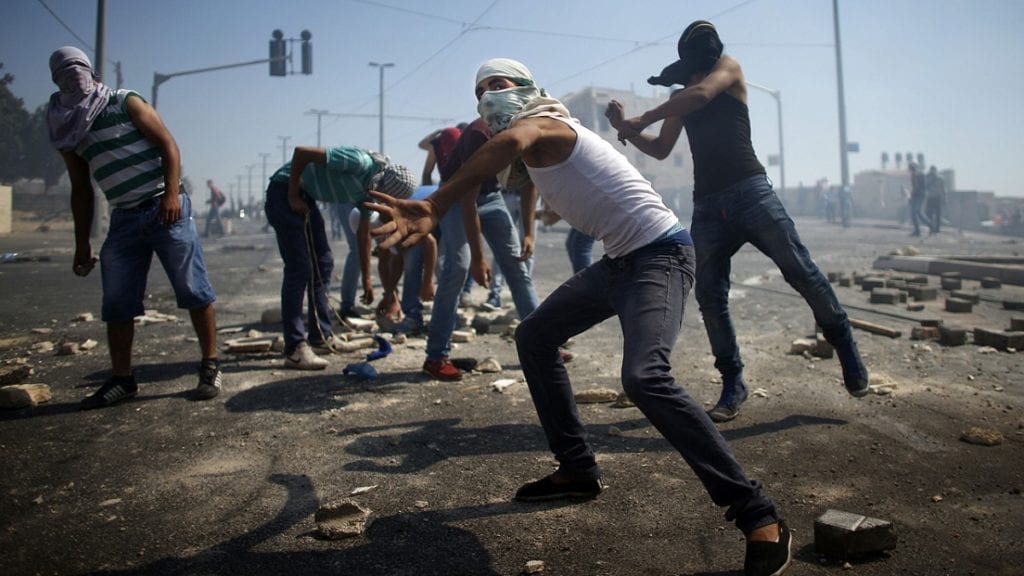 Donald Trump’s Middle East peace plan could make the formation of a feasible Palestinian state less likely, despite the US president’s claim that the plan is a “realistic two-state solution.” This is according to a number of diplomats, analysts, and aid organizations.

Long before the ink was dry on the proposal that many observers attribute to Trump’s son-in-law, Jared Kushner, analysts were already questioning its viability. Some asked whether the realization of the policy proposals within the plan could really amount to Palestinian sovereignty, let alone the founding of a nation-state.

Most of the immediate official response from around the world were cautiously circumspect. France’s Ministry of Foreign Affairs said France would “carefully study” the US proposals. Jürgen Hardt, a foreign policy spokesman for Angela Merkel’s political alliance in parliament, said that while he welcomed Trump “sticking with the two-state solution,” he is worried that “probably some of the demands he mentioned towards Palestinians concerning the territories will not open the door for negotiations.”

No one went into specifics publicly. But what is clear is that the proposal overlooks complex – and crucial – pieces of the puzzle. Chief among these is the issue of water.

Trump, who has declared climate change a joke, appears to have no idea that the Eastern Mediterranean has experienced drought conditions across 15 of the last 20 years. This is unparalleled in modern history, and researchers believe things will only get worse.

One Tel Aviv University paper predicts that the region will grow steadily hotter, drier, and more arid in the coming years. The paper goes on to predict that the area will lose two months of winter within the next 25 years.

Meanwhile, Israel’s population has swollen from 800,000 in 1948 to some 8.7 million today. In that same time-frame, Syria’s population went from three million to 17.5 million. The population of Jordan grew from 450,000 to 10 million. If Trump’s plan is to materialize and endure, it will have to do so in a region that has more people and even less water than now, observes the award-winning journalist, Thomas Friedman.

Two Islands and a Reversal

Israel used to pump up to 500 million cubic meters of water a year out of the Sea of Galilee, a freshwater lake, to meet domestic demand. That demand includes water to irrigate farms in the south of the country, which allows Israeli farmers to grow food in the otherwise unfruitful soil of the Great Rift Valley.

In 2018, Israel could only manage to draw about 30 million cubic meters from the lake. Water levels in the lake were so low that year that it teetered on the brink of becoming another Dead Sea. In fact, two good-sized islands emerged in the middle of the lake as a consequence of drought and massive water withdrawals.

The low water level in the Sea of Galilee is, in turn, mirrored in the River Jordan. The river’s annual flow has seen a dramatic decrease over the past 50 years. And with Israel, Jordan, and Syria each scooping as much clean water as they can, most of the water flowing through the river today is sewage. This means the only sure source of water for Israel is desalinated water and treated wastewater. Experts have warned of chemical issues in both.

In order to adapt to climate change, Israel has had to reverse its national water-transport system. The government now takes desalinated water from its coastal water plants up north down to the Sea of Galilee.

Meanwhile, Gaza does not have enough sewage treatment facilities. That means incalculable tons of grey-brown matter flow from Gaza every day into the Mediterranean. From there, the currents take the sewage soup right up the coast, where it flows into the tunnels of Israel’s Ashkelon desalination plant. The plant turns out around 330,000 cubic meters of drinking water a day for Israel. That is, of course, on days when engineers do not have to shut the plant down for unclogging.

So far, climate change has played a relatively small role in driving armed conflict across the globe. This is according to a group of 11 highly cited climate and conflict experts at Stanford, the University of Exeter, the Peace Research Institute Oslo, and elsewhere. Their opinions are synthesized in a paper published recently in Nature.

But if temperatures reach more than 2 °C above preindustrial levels, the paper goes on to say, it may substantially increase violence around the world.

Already, the increase in global surface temperatures has reached 1°C. And rising global energy and emissions trajectories – in part driven by Trump’s own environmental policies – suggest it’s almost certain that average temperatures will rise by 2°C by 2100.

Droughts and floods can create economic tremors by reducing agricultural yields and driving up the price of food, among others. These shocks can, in turn, worsen other drivers of violence, including poverty, social inequity, and racial and political tensions.

Jordan – where a third of the population lives below the poverty line – is a clear example. The country is a key ally in the US-led fight against ISIS in Iraq and Syria. But growing signs within the Kingdom indicate that the country could soon become a serious post–Syrian target for the Islamic State. That’s because countless young Jordanian men are poor, unemployed, and unable to marry. These young men are all prime candidates for the ISIS recruitment machinery.

Deal of the Century?

Given these volatile dynamics, any plan that divides the West Bank along purely political boundaries – as does the Trump-Kushner proposal – is bound for failure. The fact is that – for many – Trump’s “deal of the century” makes as much sense as fecal matter in your drinking water. And some of the most persistent misgivings are premised on a reality that the American president seems unable to comprehend.

The West Bank was an ecosystem long before it became a lit stick of political dynamite – and it will always be an ecosystem first and foremost. The area is a single, unified bio-network, which means there will be no peace if peace cannot be achieved for all.

Since water is essential to human survival anywhere in the world where people live and work, no appeal for calmer, cooler heads will prosper unless it ensures adequate supplies for everybody. There isn’t a single drop of that critical consideration in Trump’s proposed peace plan.

The US president announced his “Vision for Peace, Prosperity and a Brighter Future” alongside Israeli Prime Minister Benjamin Netanyahu in a special White House gathering recently. In his speech, Trump said his initiative is the most detailed yet after successive US administrations tried and failed for years to settle the conflict.

Many of Trump’s supporters claim there is something historic about the US president’s plan. But the region where Jesus once walked is tough – and has been able to resist the unreal for thousands of years. And, as another year begins in the West Bank, last year’s riots are still remembered less like history and more as part of a sad, bloody routine.

If there is any drift away from reality there, it is only by way of mythmaking, and that is something in which Trump – a former reality TV host – excels.