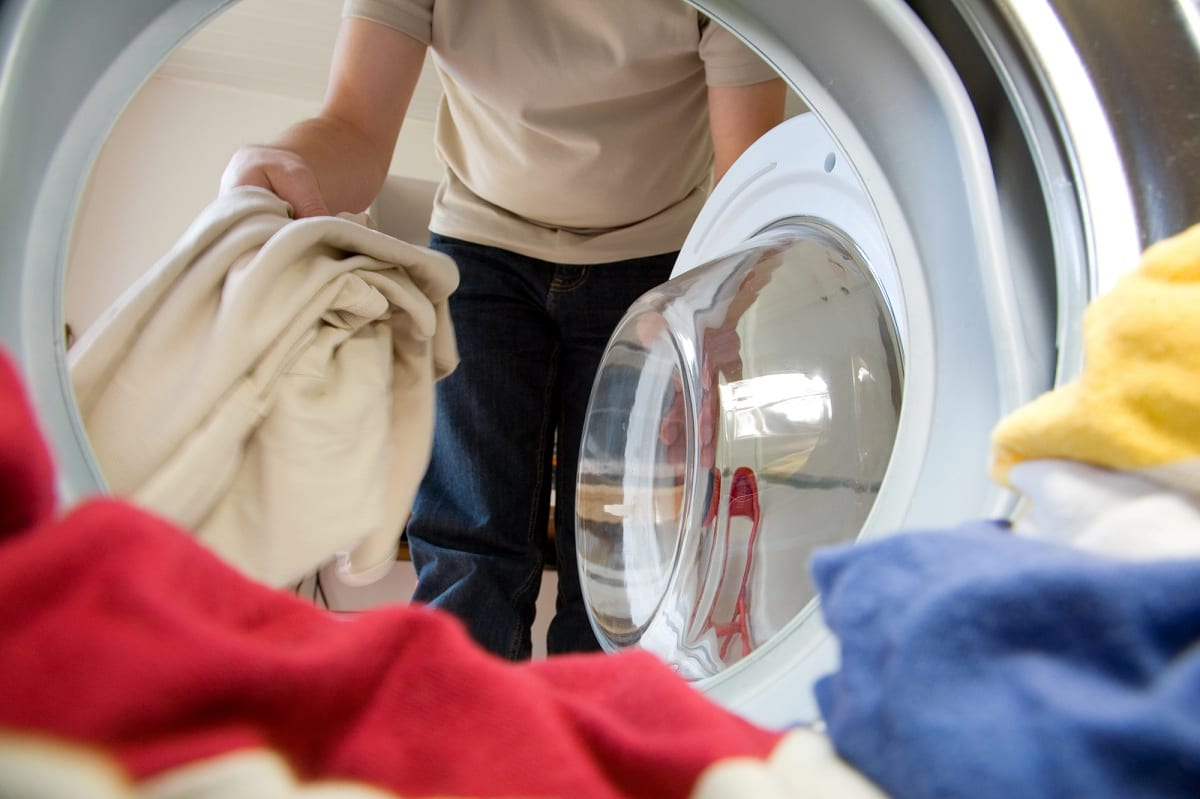 The instruction manual tells you otherwise, but it might be best not to use the delicate washing cycle for the finer fabrics in your wardrobe.

New research shows that the delicate washing cycle releases more plastic microfibers from clothing than any other cycle.

Your washing machine pulls tiny plastic fibres from clothes made from synthetic fabrics.  The fibres end up in the water in the drum.

How Your Laundry Pollutes the Oceans

Your home’s drainage system eventually releases the discarded water into the waterways. From there, the tiny microfibers may eventually find their way to the sea.

Once in the sea, they add to the micro-plastic pollution that is accumulating in the marine food chain.

In fact, most of the plastic that is in the ocean is not in the form of cups or straws, but broken-down shreds of plastic, according to scientists. Much of this pollution ends inside marine wildlife and from them to you when you consume seafood.

It’s the water, not the cycle!

The UK researchers found that the amount of water, rather than the machine’s spinning, is the key factor.

The more water you use, the more plastics your machine pulls from the fabric of your clothes.

The researchers found that the delicate wash cycle pulls around 800,000 more microfibers than a standard wash!

“This is because the high volume of water used in a delicate cycle, which is supposed to protect sensitive clothing from damage, actually plucks away more fibres from the material,” says Max Kelly, a PhD student from Newcastle University, who led the study.

The results of the study appear in a recent edition of Environmental Science and Technology.

The team used a tergotometer, a device that consists of eight small washing vessels.  Researchers often use tergotometers to test washing detergent.

The scientists conducted the experiments at a testing facility owned by Procter and Gamble, which sponsored the research. The company owns several detergent brands.

The researchers tested a variety of water volumes, spin speeds, temperatures, and times.  They used a digital colour imaging system called a DigiEye to calculate the number of microfibers released.

Kelly believes the ultimate solution lies in how people manufacture clothes. “Fabrics across the board need to be stronger and more durable to help reduce the amount of fibres that are being released during laundry,” he says.

“Use Smaller Amounts of Water”

For now, however, the simplest solution is to use less water for each wash. Kelly advises homeowners to wait until they have a full load of washing before using the washing machine.

The young scientist says this will reduce the fibres that end up in the waterways and reduce waste and energy consumption.

“The best cycle would be one that the consumer fills their load with and uses smaller amounts of water,” Kelly tells ABC News Australia.

The video below, produced in collaboration with Edinburgh University, shows how washing machines draw the fibres out of the clothing.

And Your Tumble Dryer?

Well, you may want to hang your clothes out to dry rather than using that tumble dryer, as well. A separate study published in the Science of The Total Environment journal in February says a clothes dryer releases even more fibres from clothing.

In fact, the drying cycle draws 3.5 times more fibres than a wash cycle, according to the study.

That’s unlikely to surprise you since all that lint in the filter has to be coming from somewhere. Tumble drying is dramatically shortening the life of your clothes!

Do you want less pollution around you? Are you ready to be part of the solution?