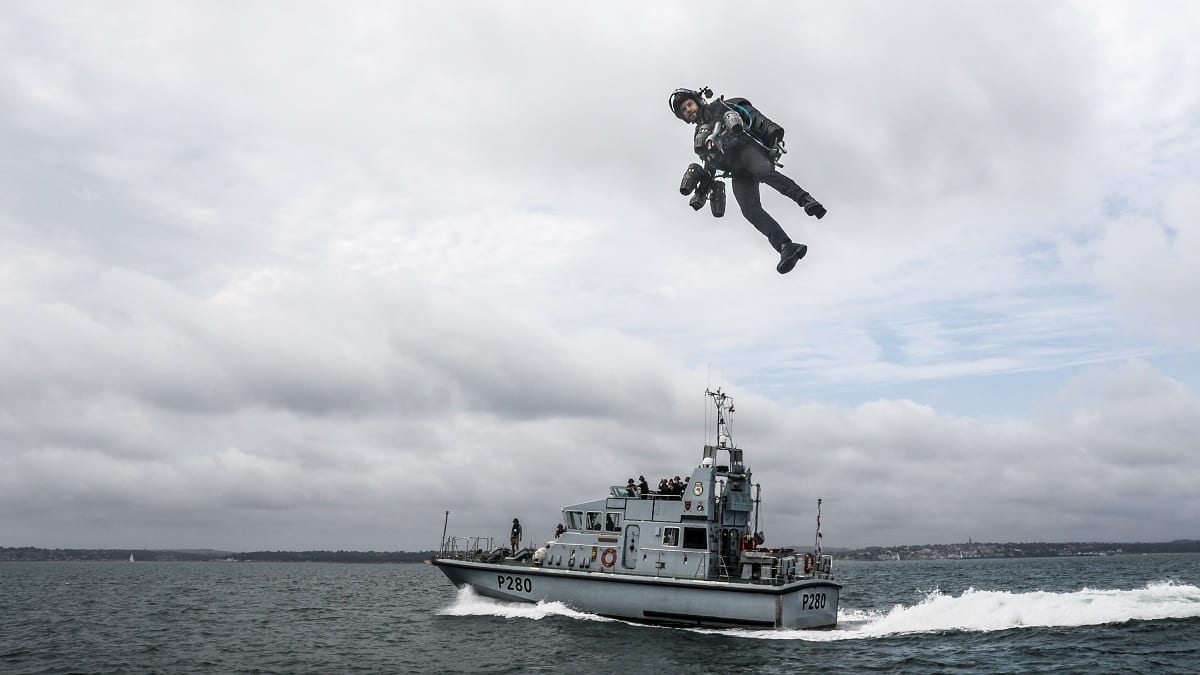 The inventor and co-founder of Gravity Industries, Richard Browning, has tested his invention – the Daedalus jetpack – over open water for the first time.

Browning tested his jet-powered suit in the Solent, a body of water between mainland Britain and the Isle of Wight in the UK. The 39-year-old former Royal Marine Reservist regularly uses the Daedalus on land.

“We went down this road for the pure joy of taking on a challenge that was largely thought to be impossible,” Browning had earlier said of his invention.

The UK Ministry of Defense has been working with Browning and his Gravity Industries for more than a year now.

The collaboration began amid a renewed interest among military services in jetpacks and similar personal flying systems.

The test over the Solent was a spectacle worthy of the movies. Browning whizzed between the Dasher, a P2000 Archer class patrol boat, and two smaller boats of the UK Royal Marines.

Observers were astonished at the seeming ease with which Browning hovered between the vessels.

“Richard made taking off and landing on the P2000 look so easy, despite the ship traveling at 20 knots,” Lieutenant Lauren Webber of the Royal Marines said in an official statement.

The jetpack concept has enthralled military planners for decades. Experts claim they could improve a soldier’s maneuverability over complex terrain.

The  Daedalus is highly automated. The helmet comes with a head-up display that presents fuel and engine status. Handgrips control height, speed, and yaw.

Engineers at Gravity have mounted the engine in a way that allows you to move forward, backward or sideways.

“Yes, you are really able to do a much more discrete insertion — it’s fantastic,” Williamson said. “Maybe if I can have a go – in future, there could be a bigger order.”

“You can have 10 people in different places all at once and the first thing they’ll know is when they hear a faint jet noise,” a representative from Gravity said after one demonstration.

Some suggest jetpacks – along with other light, compact aircraft – could serve a variety of purposes in private industry, as well. What do you think? Ready to try it out?

Don’t believe COVID-19 is being contained!