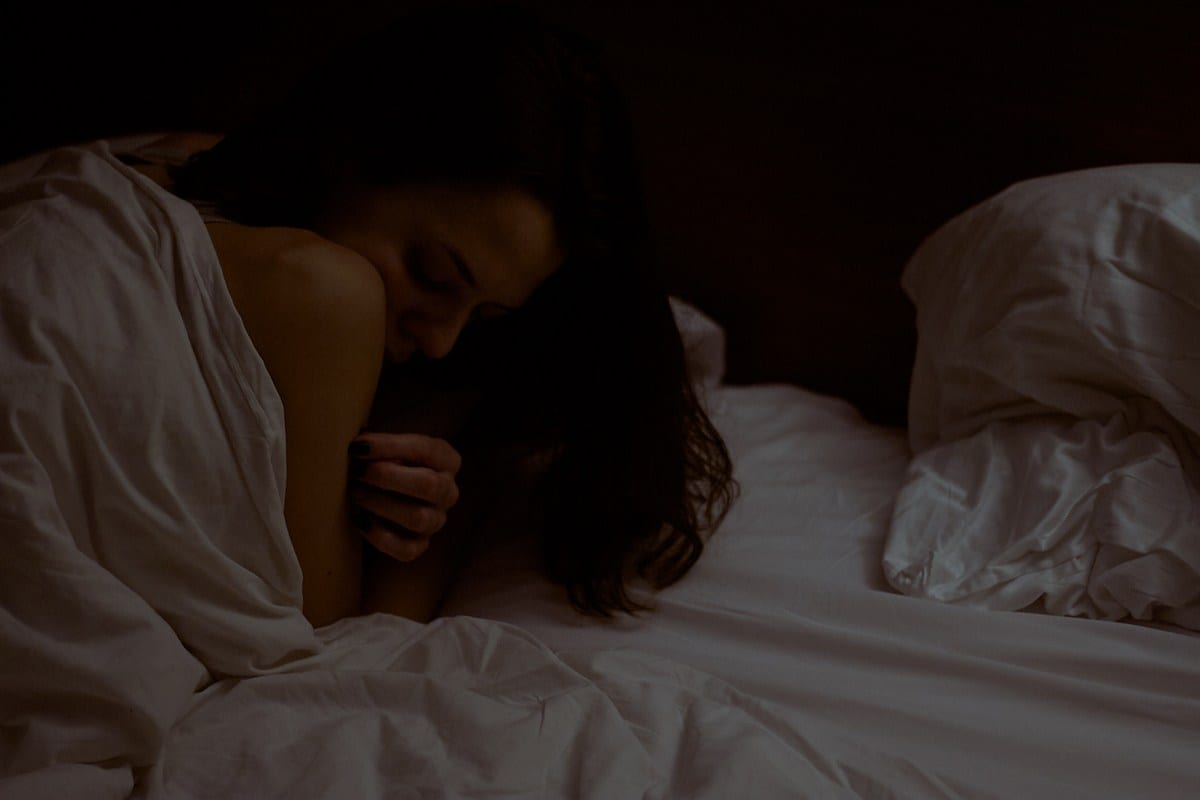 What else is between your sheets - bugs, mites and mould

Tuesdays – mine. Wednesdays – the kids. It’s a routine. Call it a habit. I’d call it a necessity. You can call me weird if you’re someone who does it annually!

Say what? You mean there are people who wash their sheets once a year?

In fact, 3.8% of respondents to a UK study, conducted in 2018, stated that they wash their sheets just once a year. Sorry, but my skin is crawling. Judgemental? Definitely.

What’s sharing your bed with you?

If you’re really lucky, it’s just a gorgeous partner but that’s very unlikely. No, not the gorgeous partner – we all have one of those (I hope) – but the others that are between the sheets with you! Let’s look at just what, or who, those others are…

Skin cells. Millions of them. Maybe trillions if you wash those sheets annually. Que?

Yep, we shed between 30,000 and 40,000 dead skin cells every minute! If you’re in bed for seven hours a night, that’s 12 to 15 MILLION deceased inhabitants every night! Hmmmm… maybe not quite that many because –

Those skin cells are being consumed (apparently with great relish) by the – wait for it – 100,000 to 10 million dust mites in there with you!

Party fact: Ten percent of the weight of a two year old pillow can be composed of dead mites and their droppings!

I know you were just hanging out for that tit-bit 🙂

Unfortunately, those dust mites aren’t toilet trained. They eat, sleep and defecate between your sheets.

Bed bugs! Pray you never get them. They are notoriously hard to get rid of (even worse than that uncle who keeps dropping by for a ‘quick visit’!)

Luckily, bed bugs aren’t as common as dust mites. But they are far worse. In fact, they’re a real pain in the butt, the neck and anywhere else they bite! They’re vampires, feasting on your blood while you’re sleeping.

The evidence is obvious ‘the morning after’. You’ll be itching, have unexplained rashes, or in very rare instances, you can even go into anaphylactic shock!

Party fact: Bed bugs have the honour of being the source of the very word “bug”.

According to Stephen Doggett, head of medical entomology in NSW Health Pathology, it derives from the Middle Ages in England when people were sleeping and got bitten in the middle of the night. They thought it was a ghost or spirit biting them.

The term bug actually meant ghost or spirit of the dead!

Unfortunately, bed bugs, like cockroaches, can live in your walls. That can be a real issue in townhouses and apartment buildings since the bugs can migrate from ‘their’ place to yours!

Bed bugs love crowds. They can be found in hotels, backpackers’ accommodation, B&B’s and anywhere that lot’s of people come and go.

Yes, hotels and all those Airbnb’s might wash their sheets but have you checked the mattress protector and the mattress itself? They can be downright disgusting. You might just end up taking a few bed bugs home with you.

Rarely washed bedding can grow mould. That mould can contain fungi spores. Those spores can promote other nasties like tinea and ringworm.

Then there’s your own fecal matter and seminal fluids. I’m going to avoid discussing them.

And the ‘I live in a cold climate’ excuse doesn’t cut it either because you undoubtedly live with the heat up and the windows closed. A perfect environment for fungal visitors!

Fleas between the sheets?

Party fact: There are an estimated 18 million FERAL cats in Australia!

That’s around five feral cats for every pet ‘moggy’ and cats are NOT indigenous to Australia! Feral cats kill more than a million birds a day in Australia! (Pet cats only kill about 1.2 million a week.)

But we’re talking about fleas here, not the destruction wreaked by feral and unrestrained cats…

By some estimates, up to 70% of pet cats and dogs share a human’s bed each night.

Guilty your Honour! Our two Chihuahuas wouldn’t sleep anywhere else.

Unless you have an excellent flea treatment program, it’s inevitable that you will end up harbouring the occasional flea in your bed.

The good news is, they prefer hairy, warm bodies so they only tend to be visitors between washes. In the meantime, their blood sucking habits can certainly cause some painfully swollen bites and never lose sight of the fact that the “Black Death‘ is carried by fleas.

Modern flea treatments are also much easier to use than those used to treat bed bugs.

How often should you wash your sheets?

Only you can make that decision but the evidence suggests often! If you live alone and have no pets, keep your bedroom well ventilated and clean, maybe not so often.

Me? I’ll stick with weekly thanks. But it appears from a quick straw poll and extensive ‘Mr Google’ search that the average is somewhere between three to four weeks.

Where do you sit on the sheet washing spectrum? OCD daily or annually casual? I’d love to know so please comment. Yes, it’s anonymous 🙂

Too much water in your wash cycle is damaging your clothes. Here’s why…

Down with the flu: Why are you really feeling sick?