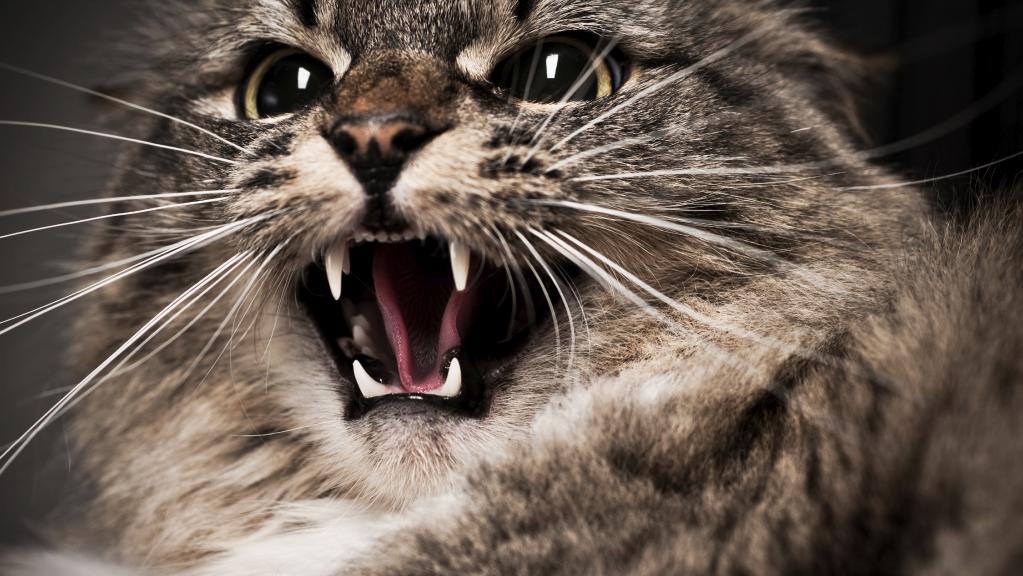 Cats are born killers and they are killing a million birds a day here in Australia!

There are around 3.3 million pet cats in Australia. For every one of them, there are FIVE feral cats wreaking destruction on our wildlife! In fact, some 15 – 18 million feral cats, along with household cats that are not correctly contained, threaten the survival of more than 100 native species in Australia. They have already caused the extinction of some ground-dwelling birds and some of our small to medium-sized mammals. The decline in many land-based, endangered animal populations like the bilby, bandicoot, bettong and numbat can be directly linked to feral cat decimation.

Cats are killers. Nature has equipped them with stealth, claws, speed and needle sharp teeth to ensure their survival as a species. Regardless of size, cats hunt. And they will kill anything that is not capable of defending itself. That includes everything from insects to reptiles, frogs to small wallabies and of course, birds. And since most birds roost at night – when the cats are most active – they are easy prey.

Every feral cat in Australia is the progeny of a domestic cat. They are genetically identical to that cute ball of fluff sitting on your lap. Bigger, stronger, meaner and more determined perhaps, but otherwise identical.

In recent years we’ve seen increasing levels of legislated domestic cat controls. Where I live, it is illegal to allow a cat to roam. In fact, “cats must be contained within the property by way of an enclosure”. Even so, a day doesn’t pass that I don’t see one or more cats setting out at dusk for their evening pre-dinner foray.

It’s a matter of life and death… but whose?

Feral cats can be legally killed in both Australia and New Zealand. But whether a cat is labelled as stray or feral could mean the difference between life and death for the animal.

Under New Zealand’s Animal Welfare Act, it’s acceptable to kill stray cats too, except where there is evidence of ownership, in which case the cat must be sent to a shelter for at least seven days. However, the regulations in Australia are more complex where each State and Territory has its own set of legislation.

Most cat owners accept responsibility for their animals. Sadly, some don’t so the distinction between feral, stray and domestic can get very blurred. Regardless, if we want to preserve native life, we need to eradicate or at least control, the feral and stray cat population.

Recent trials of a new baiting system called Curiosity®, have been encouraging. Native carnivores tend to chew and therefore spit out the poison pellets before ingestion. Cats tend to swallow large chunks of flesh and are therefore far more likely to swallow the toxic pellet. In controlled trials, up to 80% of feral cats have swallowed the bait with 97% of those succumbing quickly to the toxin.

The following article was first published in The Conversation:

Cats kill more than a million birds every day across Australia, according to our new estimate – the first robust attempt to quantify the problem on a nationwide scale.

By combining data on the cat population, hunting rates and spatial distribution, we calculate that they kill 377 million birds a year. Rates are highest in Australia’s dry interior, suggesting that feral cats pose a serious and largely unseen threat to native bird species.

This has been a contentious issue for more than 100 years, since the spread of feral cats encompassed the entire Australian mainland. In 1906 the ornithologist A.J. Campbell noted that the arrival of feral cats in a location often immediately preceded the decline of many native bird species, and he campaigned vigorously for action:

Undoubtedly, if many of our highly interesting and beautiful birds, especially ground-loving species, are to be preserved from total extinction, we must as a bird-lovers’ union, at no distant date face squarely a wildcat destruction scheme.
His call produced little response, and there has been no successful and enduring reduction in cat numbers since. Nor, until now, has there been a concerted effort to find out exactly how many birds are being killed by cats.

To provide a first national assessment of the toll taken by cats on Australian birds, we have compiled almost 100 studies detailing the diets of Australia’s feral cats. The results show that the average feral cat eats about two birds every five days.

We then combined these statistics with information about the population density of feral cats, to create a map of the estimated rates of birds killed by cats throughout Australia.

We conclude that, on average, feral cats in Australia’s largely natural landscapes kill 272 million birds per year. Bird-kill rates are highest in arid Australia (up to 330 birds per square km per year) and on islands, where rates can vary greatly depending on size.

We also estimate (albeit with fewer data) that feral cats in human-modified landscapes, such as the areas surrounding cities, kill a further 44 million birds each year. Pet cats, meanwhile, kill about 61 million birds per year.

Overall, this amounts to more than 377 million birds killed by cats per year in Australia – more than a million every day.

Which species are suffering?

Birds that feed or nest on the ground, live on islands, and are medium-sized (60-300g) are most likely to be killed by cats.

It is difficult to put a million-plus daily bird deaths in context without a reliable estimate of the total number of birds in Australia. But our coarse assessment from many published estimates of local bird density suggests that there are about 11 billion land birds in Australia, suggesting that cats kill about 3-4% of Australia’s birds each year.

However, particular species are hit much harder than others, and the population viability of some species (such as quail-thrushes, button-quails and ground-feeding pigeons and doves) is likely to be especially threatened.

Our tally of bird deaths is comparable to similar estimates for other countries. Our figure is lower than a recent estimate for the United States, and slightly higher than in Canada. Overall, bird killings by cats seem to greatly outnumber those caused by humans.

In Australia, cats are likely to significantly increase the extinction risk faced by some bird species. In many locations, birds face a range of interacting threats, with cat abundance and hunting success shown to increase in fragmented bushland, in areas with high stocking rates, and in places with poorly managed fire regimes, so cat impacts compound these other threats.

What can be done to reduce the impact? The federal government’s Threatened Species Strategy recognises the threat posed by feral cats, albeit mainly on the basis of their role in mammal extinctions.

The threatened species strategy also prioritised efforts to control feral cats more intensively, eradicate them from islands with important biodiversity values, and to expand a national network of fenced areas that excludes feral cats and foxes.

But while fences can create important havens for many threatened mammals, they are much less effective for protecting birds. To save birds, cats will need to be controlled on a much broader scale.

We should also remember that this is not just a remote bush problem. Roughly half of Australia’s cats are pets, and they also take a considerable toll on wildlife.

While recognising the many benefits of pet ownership, we should also work to reduce the detrimental impacts. Fortunately, there is increasing public awareness of the benefits of not letting pet cats roam freely. With such measures, cat owners can help to look after the birds in their own backyards, and hence contribute to conserving Australia’s unique wildlife.