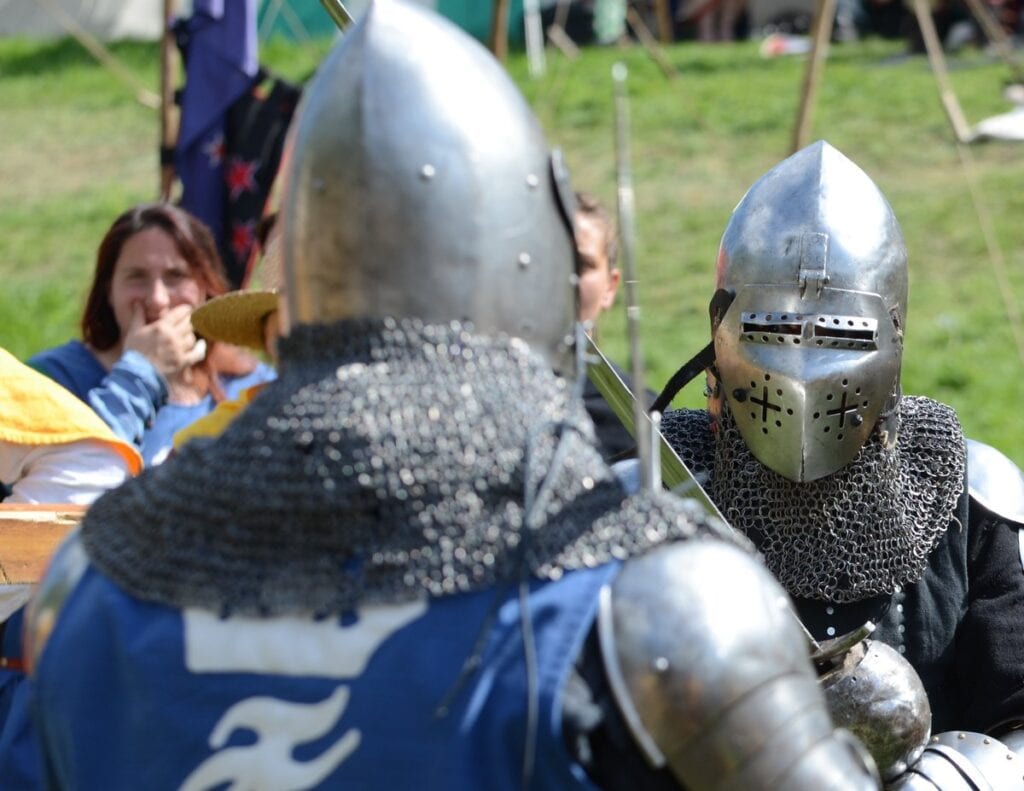 Who doesn’t enjoy a smoky whiff of lovingly seasoned, slow-cooked Southern-style BBQ? Try cooking meat and fish in a first-rate smoker and you’ll get all that savory goodness in your backyard.

Pellet grills and smokers are no longer just for nerds, and – despite their new-found popularity – they aren’t new, either. They were invented in the ’80s by the innovators who would eventually establish Traeger.

These outdoor appliances work by pushing pieces of compressed wood from a hopper into a firebox under a tray. Most of the new high-end models have onboard computers and fans to regulate temperature.

Some even transmit cooking and temperature data to smartphone apps. In fact, smokers are the only category in grilling to enthusiastically incorporate smart technology into even its entry-level products.

The technology has made the category the easiest, most laid-back path to mouth-watering, juicy, tender, properly smoked meat.

Trager has been the undisputed king of pellet grills for quite a while now. The company has been making them for more than 30 years, after all.

But Traeger now faces competition from Weber, which has introduced its first line of pellet grills. Weber has, of course, dominated the charcoal grill and gas grill markets for years.

We do know a thing or two about backyard grills and smokers. We’ve built and used quite a few over the years. Like you, we were eager to find out whether the new Weber could hold its own against a Traeger.

So, we arranged a face-off between the Traeger Ironwood 650 and the Weber SmokeFire EX6. Below is our take on the match up.

Traeger is well-known for its innovation. The company was the first to premiere the pellet grill in 1986. Today, it continues to develop appliances that are dependable and original. That philosophy is on full display in the Traeger Ironwood 650.

This premium grill provides an ample amount of space on which to cook. The 650 square inches of workspace allow you to grill, smoke, bake, roast, braise, and BBQ to perfection.

You can make an entire meal on one appliance. You won’t have to do anything other than make sure that there are pellets in your hopper.

That said, you’ll want to enlist some help when first assembling the 650. This all-around backyard smoker weighs around 177 pounds and measures 48 by 46 by 27 inches.

That’s not to say that the assembly process was in any way troublesome. We had everything up and ready in a little over 20 minutes. We seasoned the smoker with La Tourangelle Grapeseed Oil. We fired up the smoker, holding the temperature at exactly 148.9°C for about four hours. Once that was done, we were cooking almost right away.

The first thing that struck us was how easy it was to cook with the Ironwood 650. If you’ve never smoked ribs using your smartphone, then prepare to be spoiled by the luxury of it.

You can simply tell Alexa to start your Traeger grill, and you’ll see the grill light up almost instantly. You can use your tablet or smartphone to monitor the temperature. Traeger’s well-designed and snappy app will tell you when the grill achieves the temperature you want.

From there, all you need to do is get your food on the cooktop, close the lid, and walk away. You can even enjoy a beer in the living room, if you want. Just make sure you’ve got Mesquite, Cherry, or Hickory wood pellets in your hopper and you’re good to go.

One of the features we liked was the 650’s internal meat probe. You can monitor the internal temperature of your food without opening the lid of the grill. Just check your app or ask Google Home to keep you updated.

And who says summer is the only time for a delicious barbecue meal? Not only is this smoker a joy to use, you can cook with it any time of year. The 650’s design creates and retains heat so well that you’ll feel free to grill even in cold temperatures. That’s because the interior is insulated with double-sided walls.

Clean up is also easy. You’ll have none of the massive effort required to clean up after using a charcoal grill. The Ironwood 650 collects the pellet ash in an enclosed location. You don’t get loose ash in the air around your grill.

When you’ve finished grilling, simply open the ash trap to sweep the ash out quickly. That’s it. You’re done.

But what makes the Ironwood 650 the excellent smoker that it is are the dual fuel sources. The wood pellets are there both for flavor and fuel. They infuse the delicious flavors of your choice into your food, but the grill runs on electricity.

Once filled, plugged in, and turned on, the electric auger feeds your wood pellets to the firebox. There, the system ignites them, and the pellets release heat and smoke into the cooking chamber.

The variable speed fan circulates the heat and smoke around the chamber. The result is hickory-smoked ribs and roast vegetables that are thoroughly and evenly cooked to your desired readiness.

Over verdict? We had difficulty finding fault in this piece of cooking equipment. The only downsides we could manage were the price and the lack of Bluetooth connectivity. Other than that, the Traeger Ironwood 650 is an outstanding grill and is – in our opinion – easily one of the best in its price range.

Barrel-shaped and arrayed in shiny black steel, the 2nd generation Weber SmokeFire EX6 definitely has a handsome exterior. The stainless-steel accents on the grill’s lid – along with stainless steel handles – adds to its first-class looks. A shiny steel shelf extends from the grill’s right-hand side.

Still, if you read customer reviews of the Weber SmokeFire EX6, you’re bound to come across some irate people. Many have reported bad experiences with the original model, including significant grease accumulation. This had apparently caused a number of grease fires.

That’s why we took extra care when we tested the second generation EX6. Still, we must admit that we were eager to find out if Weber had solved the problems.

Setup took a while longer than it did with the Ironside 650 but it was mostly painless. Once we got the smoker up and ready, we prepared it for the seasoning process.

Just like we did for the Ironside 650, we first cleaned the SmokeFire EX6 using soap and water. Once we were done cleaning, we coated the entire inside of the smoker with cooking oil. This time we used Spectrum Naturals Canola Oil. We then slowly heated the smoker and let it cook for four hours.

That done, we got ready to smoke some ribs. The SmokeFire EX6 offers a veritable expanse of cooking space. The bottom grate offers 648 square inches and the top grate is 360 square inches. With a total 1008 square inches of grilling space, you should have no problems cooking for a large group.

You can connect the SmokeFire to your home’s Wi-Fi or your phone using Bluetooth. Doing so lets you watch over – and control – the grill remotely. Weber includes two temperature probes with the EX6, but it supports up to four.

Right off the bat, we were impressed by how much heat the SmokeFire EX6 can generate. You can crank this smoker up to 315.56°C. That’s some serious heat. We could only get the Ironwood 650 up to 260°C.

The Weber porcelain-enameled lid and cook-box seal in the heat quite well. This ensures that your food cooks to perfection. However, one thing we did notice almost at once is that this grill does not distribute heat evenly.

The patchy distribution of heat becomes especially obvious at high temperatures. The unit somehow struggles to retain even heat. To remedy this problem, you have to reduce the temperature. This – and the temperature probes – will allow you to make the most of the appliance.

One of the biggest complaints about the original SmokeFire was that Weber’s app didn’t allow for much control. The current version of the app addresses this issue, allowing you control over every aspect of the pellet smoker.

This grill has a high capacity 22-pound pellet hopper, which runs along the back of the unit. The design makes it easy for you to load the grill quickly and conveniently.

The hopper’s sloping ramp drives the wood pellets to an auger, which then conveys the pellets slowly into the firepot to prevent clogging.

To address complaints about the hardware, the second generation EX6 has a new auger. Weber also added a panel to the pellet hopper to make it steeper. Now the pellets slide down the auger easier.

We encountered no problems with the earlier reported instances of heavy grease build-up and fires. Still, we could see how the SmokeFire’s design makes it easier for grease and ash to jam the drain holes. More grease means a greater potential for grease fires and flare-ups.

This means you need to clean this smoker more often than you would an Ironside 650. And, to be honest, cleaning the SmokeFire can be tedious.

The ash trap system doesn’t work as well as it should. You’ll find that the system sends a considerable amount of pellet ash back to the grill.

None of this is to say that the SmokeFire is a sub-par piece of cooking equipment. On the contrary, cooking with this Weber smoker is a pleasure. In the end, the food you cook off it says it all. Our hickory-smoked ribs turned out beautifully.

And the winner is …

So, we come now to selecting the winner of this match-up. This one was a tough call for us, we must admit. Both command a premium price on Amazon. Both produce fantastic results. Ultimately, however, the Traeger isn’t hobbled by a potential grease-clogging issue – which could lead to flare-ups. For us, that’s just a deal breaker.

There is no doubt that Weber has been scrutinizing the features and capabilities of Traeger grills. Clearly, the company wanted to offer more. Hence, the larger cooking area, the larger pellet hopper, and the higher maximum cooking temperatures of the SmokeFire. But then the company’s expertise and experience are decidedly confined to gas and charcoal grills.

In our opinion, the small but apparent design flaws in the Weber SmokeFire EX6 are quite telling in that respect. We think the company wasn’t fully prepared for how different the combustion process is for wood pellets.

So, there it is. We’re sure Weber’s next offering in this category will be something quite special, having benefitted from the experience. But, at least for now, we see the Traeger Ironside 650 as the better smoker in this match-up.

What do you think? We’d love to find out about your take on this match-up in the comment section below.