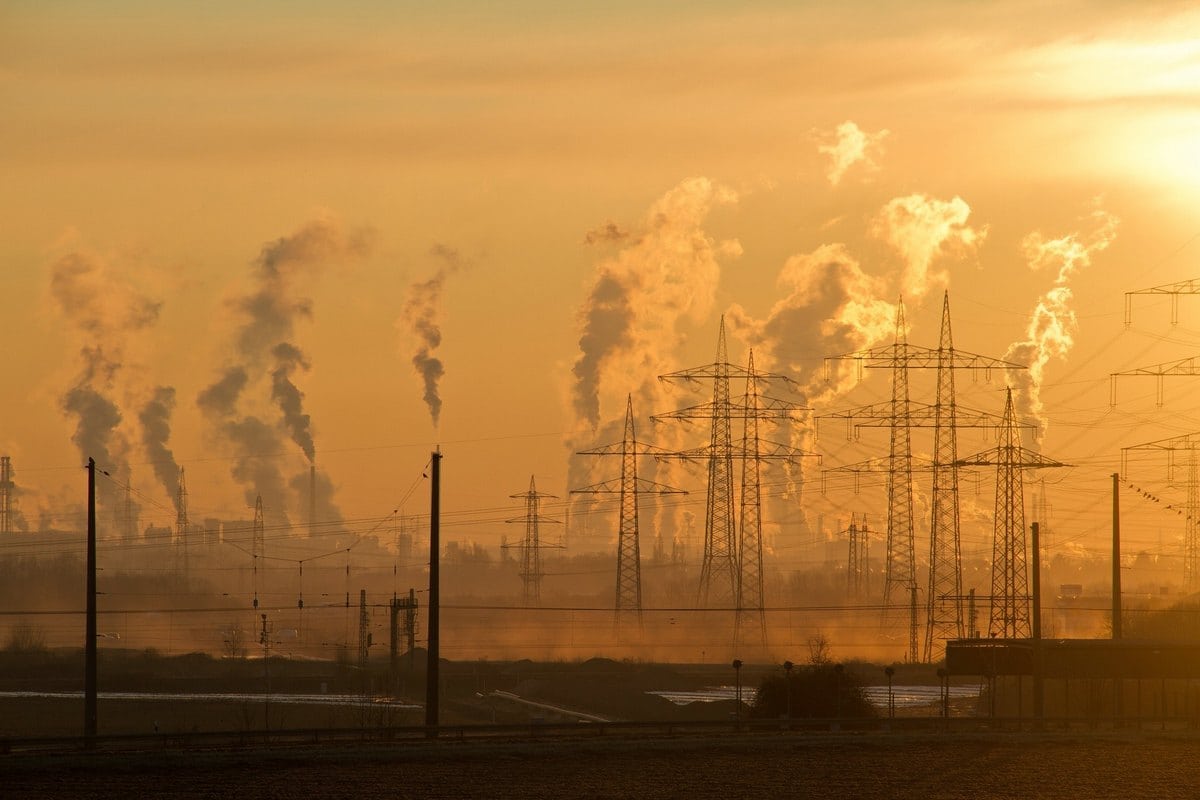 Yes, there are still those willing to deny that global warming is a reality. Why, there are even some people who continue to argue that the cause is not anthropocentric.

But for the vast majority of rational thinkers, it is a very worrying reality… especially if you have children who will live with the consequences of our fossil fueled profligacy.

It often seems – and we just as often read – that we are doing too little, too late to change, what is likely to be, a very unpleasant future. A future dominated by sea level rises, crop failures, increasingly violent weather events and staggering levels of human migration.

The author of the following article, Anthony Patt, takes a very different view. Despite the obvious failure of many policies and agreements to curb CO2 emissions he sees a very bright rainbow, at the end of which lies our global warming salvation.

He writes that, at this point in time, 96% of energy is still sourced from fossil fuels while a mere 4% is generated by carbon free renewables. But instead of finding that thought depressing, he highlights that in the year 2000, only 0.3% of energy came from renewables! By extrapolating that growth curve, he argues rather convincingly, that it is conceivable that 100% of our energy needs will be met from renewables within 25 years.

Now that is cause for optimism!

How Changing My Economic Model Made Me a Climate Change Optimist

Let’s start by assuming climate change is real and that the primary cause is fossil fuels, because those two things are true. The question is how to stop it. What most of us thought we knew about this is now wrong, and that is a very good thing.

I used to think that climate change was a classic case of market failure resulting from a negative externality. Polluters got the economic benefit of fossil energy without having to pay the social cost, and would hence use too much of it. Fixing it required polluters to bear the social cost of CO2, a price on carbon. To keep countries from free riding, we needed a global treaty with legally binding and enforceable national commitments.

Economists were clear, but politicians behaved badly. Where carbon markets came into being, the prices were so low as to be trivial. Internationally, the Kyoto Protocol had the right structure, we thought, but as soon as it came time to negotiating commitments that went beyond business as usual, things came to a standstill. Instead we got the Paris Agreement, with merely voluntary commitments and no enforcement mechanism. We all said there was a lack of “political will.” How to change this? Nobody had an answer.

As we were despairing, other stuff happened. Denmark started subsidizing the construction of windmills in the 1990s, and Germany did the same for solar a few years later. Both policies came from a desire to develop an export industry, as well as helping farmers and local energy cooperatives. The subsidies launched both technologies down a growth path, and costs have plummeted. Meanwhile the smartphone revolution kicked off a wave of innovation in battery technologies. Twenty years later, the least expensive way to get reliable energy at any scale, and least in some places, is now a combination of wind or solar generation and battery storage.

The other side of the cost-benefit equation changed as well. Scientists revised their estimates dramatically upwards in terms of how bad climate impacts could get, with the potential for massive ecosystem loss, not to mention the ice sheets’ crumbling, putting Florida and Bangladesh underwater. Back in the early 1990s, economists like William Nordhaus were suggesting the optimal temperature rise by 2100 to be about 4°C, meaning we should slow the growth in emissions. Now we have a target that is 1.5° – 2°C, which means we have to eliminate emissions entirely, by about mid-century.

The externalities model, the commons model, is about reducing a desirable-but-harmful activity to some optimal equilibrium. Market instruments are the efficient allocation mechanism. But it doesn’t fit a problem where there are no rights to allocate. Imagine a restaurant full of smokers. A cigarette fee could clear the air a little bit. But to make the place smoke-free, a No Smoking sign is a better idea.

Unfortunately a No Fossil Fuels sign simply isn’t tenable, at least not yet. We have spent the last two centuries orienting the energy system around fossil fuels, and this system keeps seven billion people fed, clothed, and busy. We can’t prohibit fossil fuels until we can get and use all the energy we want from other sources. We need to disrupt the energy sector.

Neo-classical economics didn’t offer useful insights for disruption, only parroting assumptions about market incentives. But  the real world is more complicated than that. Why should Switzerland or Sweden, for example, have the highest number of patents per capita, when their strong social safety nets disincentivize innovation? We needed to open the black box of technological innovation and diffusion.

A couple decades ago, scientists began studying the dynamics of technological transitions, the jump from one technological system to another, while continuing to supply the same service to society, like mobility or communication. Their observations supported insights from fields ranging from evolutionary economics to cultural anthropology. Their policy advise completely contradicts that from neo-classical economics. Rather than needing a long-term global market price for carbon, we need a sequence of sector-specific policies that focus on specific milestones.

The first milestone is inventing a set of technologies that have no immediate commercial value. That requires strategic public R&D funding.

The second milestone is commercialization. New technologies, because they are new, are clunky and expensive. That changes when they grow within market niches. Technology specific support, creating some competitive pressure but also ensuring enough profits to be fed back into innovation, leads to the fastest improvements in technology cost and performance.

The third milestone is moving from niche to market saturation. As soon as jet aircraft expanded into commercial aviation, they started crashing into one another. Governments solved this with an air traffic control system, a set of institutions linking a network of radar stations. The private sector can do a lot, but it still needs governments to establish a roadmap, reducing investor risk.

Two trends give reason for guarded optimism. The first is that governments have been doing many of the right things all along. Research support has gotten needed technologies invented, ever since NASA gave us photovoltaic cells. For many of these, directed support has overcome the barriers to commercialization. For a small few of these, policies in some places are moving us toward market saturation and fossil fuel prohibition. The EU has been pushing carbon neutral heating systems for buildings, and starting in 2021 this will be the standard for all new construction. Norway leads a pack that includes China, India, the UK, and France to saturate the market with electric cars, and pre-announce future prohibitions on gasoline and diesel engine sales. And the Paris Agreement? From a transitions perspective it is a step forward. Despite the insufficient emissions reduction targets, the real action with Paris is political visibility and real support for the diffusion of carbon-free technologies.

The second trend is an historical one. Virtually every technological transition people have studied has passed through a long preparatory phase, where new systems made barely a dent on the old, to an exponential growth phase that became self-reinforcing. I think renewable energy is turning this corner.

The idea that path dependency, rather than an environmental externality, is the main reason we continue to emit CO2 only popped up about a decade ago. Steve Rayner of Oxford and Gwyn Prins of LSE, who led a working group meeting at a place called Hartwell House northwest of London, managed to publish an article about this in the journal Nature. During the last round of the Intergovernmental Panel on Climate Change there was only one lead author, me, representing this view. For the next IPCC report our numbers will be greater.

But our ideas and our optimism still make us a rare breed among academics. In Europe, for example, renewable sources supplied 0.3% of primary energy in the year 2000, to 4% last year. Through a neo-classical lens you see that fossil fuels are still supplying 96% of primary energy, and you call for a stronger carbon tax to change this. Through a transitions lens you see growth rates that would get renewables up to 100% of the energy system within 25 years. Of course there are plenty of factors that could derail this, such as a global recession, which a turn towards serious carbon taxation might well cause. We keep the planet habitable for our children not by changing course, but by building on the policies that have worked so far and are working now.

Originally published in Evonomics | The next evolution of economics 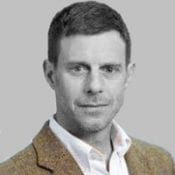 Anthony Patt is Professor of Climate Policy at ETH Zurich, the author of Transforming Energy: Solving Climate Change with Technology Policy (Cambridge Univ. Press 2015), and a Coordinating Lead Author for Working Group III of the Intergovernmental Panel on Climate Change.

It’s not about you… It’s about those you leave behind!