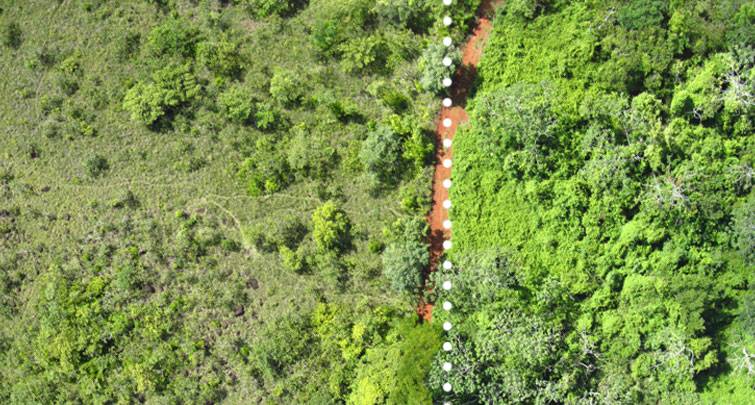 Don’t believe everything you read online.

I learned this the other day when I was browsing the internet. I came across an article about how 12,000 tonnes of orange peel turned a lifeless piece of land in Costa Rica into a fertile forest. The land, deforested and barren, returned to its native state.

I did a double take.

For so many years, I avoided using citrus peels in my garden because several websites and an e-book told me that it takes umpteen years for these peels to break down. I had also read that too much peel will kill earthworms. And now, this?

I’ve discarded a lot of citrus peels in my life only to now find out that I shouldn’t have. I mean, looking at the before and after photos of the land makes me wonder how healthy my plants would have been.

It was a success!

It was an experimental conservation project back in 1997. Princeton University researchers approached Del Oro, a juice company, to make a deal. They offered to allow Del Oro  to dump their discarded orange peels in a certain area – for free – in exchange for land which the company already owned. That land adjoined an existing conservation area.

When they reached an agreement, a thousand trucks dumped 12,000 tonnes of orange peel into the damaged and barren area.

However, a court battle arose when a rival juice company, TicoFruit, sued Del Oro for “defiling the park.” TicoFruit won and the court canceled the project.

15 years later, a Princeton University researcher and his team visited the site for evaluation.  Expecting some improvement, it ended up taking them multiple visits to finally locate the site – it had become totally unrecognizable because of lush vegetation.

The project succeeded beyond their wildest expectation!

Is it safe to say that the orange peels made the soil fertile?

Based on the researchers’ findings, it did.

Nobody knows the exact mechanism as to how it happened but at least we know that orange peels are good for compost.

Orange you glad we now know the truth?

Aside from orange peels, did you know chickens can help you make great composts? Read all about it here.

If you have other composting ideas, feel free to share!