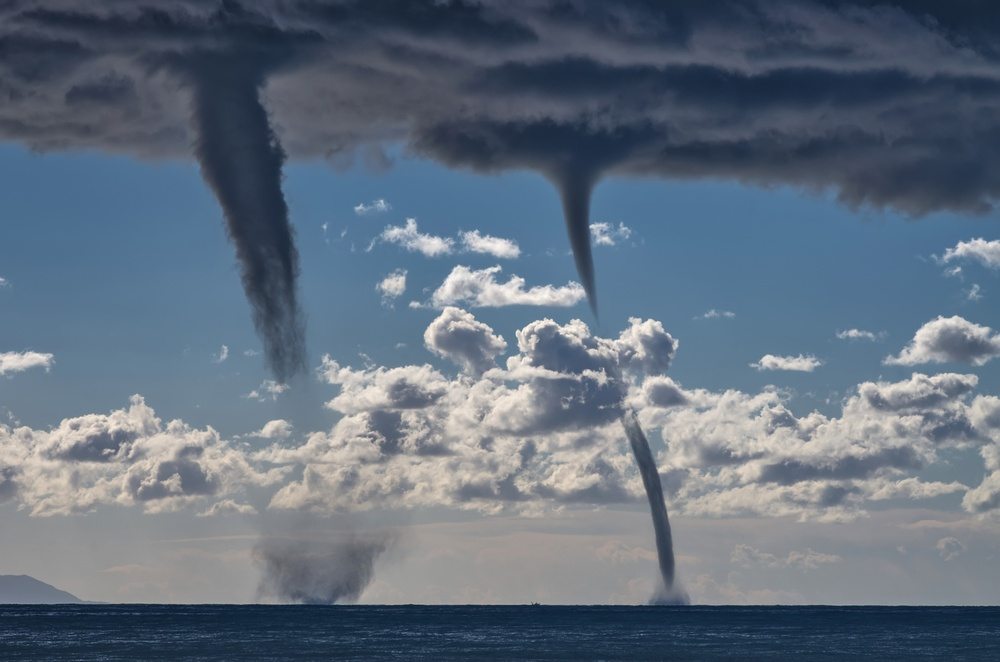 Less than a week ago I wrote that we’re in record breaking mode. Every month for the past five months has seen a new record for global temperatures. The World Meteorological Organisation has now released the results for the whole 2015 year. The news is not good…

“Today the Earth is already 1°C hotter than at the start of the twentieth century. We are halfway to the critical 2°C threshold. National climate change plans adopted so far may not be enough to avoid a temperature rise of 3°C, but we can avert the worst-case scenarios with urgent and far-reaching measures to cut carbon dioxide emissions.

Our planet is sending a powerful message to world leaders to sign and implement the Paris Agreement on climate change and cut greenhouse gases now before we pass the point of no return.”

Why worry about a degree or two?

It’s simple. A degree or two is enough to change entire ecosystems. The current severe coral bleaching event is a perfect example.

A degree or two is enough to melt snow and ice. In fact, the Arctic experienced temperatures above freezing this winter!

A degree or two is enough to change precipitation patterns leading to drought. Large parts of the USA and Australia have had record low rainfall!

A degree or two changes wind patterns and evaporation. This leads directly to extreme weather events like the very high number of typhoons and cyclones in the Pacific this season. Cyclone Winston devastated large swathes of Fiji last month while in Tasmania vast areas of ancient rain-forest were totally and irrevocably destroyed when dry lightening strikes started numerous fires in totally inaccessible areas.

Of course, that average increase isn’t uniform across the entire globe. Some areas are experiencing temperatures four and five degrees above the average. That difference is enough to kill ‘native’ vegetation. Animals may be able to move to a cooler area, plants can’t.

And perhaps even the hardiest of animals may not survive either! Research released this week showed that Australia’s rock-dwelling velvet gecko (Oedura lesueurii), which can survive months without food or water – could suffer when the climate heats up. It seems that the successful incubation of eggs declines in direct correlation with rising temperatures. It also showed that the eggs that do hatch tend to have smaller hatchlings!

Is it nature or man?

There will always be people who believe that man cannot affect the course of nature… that this is simply a cyclical warming event such as Earth has experienced before. I showed the fallacy of that argument in this post. Carbon dioxide levels are accelerating at 200 times faster than any natural event in the entire history of human existence!

The 2015 Ozone hole over the Antarctic was the largest ever recorded even though ozone depleting chemicals were phased out in 1987. I mention this only to help others realize that when we impact our environment, it will take decades, centuries or even eons for Earth to recover.

Small things add up to big changes
Turning out a light in a room or the air-con up a degree or two in summer may seem like a minimal contribution. It is, but you are not alone. If ten of your neighbours do the same thing, we have a measurable difference in power load. If ten thousand do it, it becomes substantial. If 10 million make the effort, it becomes significant.

The same applies to composting food scraps instead of sending them to landfill or worse, down the insinkerator! Or planning shopping trips via a shopping note instead of suddenly discovering you’re out of butter or short of milk. Or sharing school runs with other parents or, better yet, letting the kids walk or ride if practical.

Consider converting as much of your lawn as possible to garden, allocating at least a portion to growing edible plants. Instead of wasting hours mowing your lawn with fossil fueled machines, you’ll be sequestrating carbon into the soil and cutting back on your shopping trips.

There are many small things you can do that will add up to a significant change in your environmental footprint. It’s easy to shrug your shoulders and hope the problem will go away. Or to believe that it’s all being exaggerated for some ulterior motive. But the problem won’t go away. It’s banging on our collective front door right now.

We cannot stop global warming. It’s too late for that. But we can moderate the increase by collectively acknowledging the challenge and making appropriate lifestyle changes. I suggest you also need to think hard about those you are electing to determine your future, at local, state and federal levels. Put sustainability ahead of the fallacy of economic growth. The alternative is to face regular extreme weather events that could and quite possibly will, threaten your very existence and that of your children.

PrevPrevious PostEarth is fine… it’s you and me that are in trouble!
NextNine reasons you need to get rid of your lawn!Next