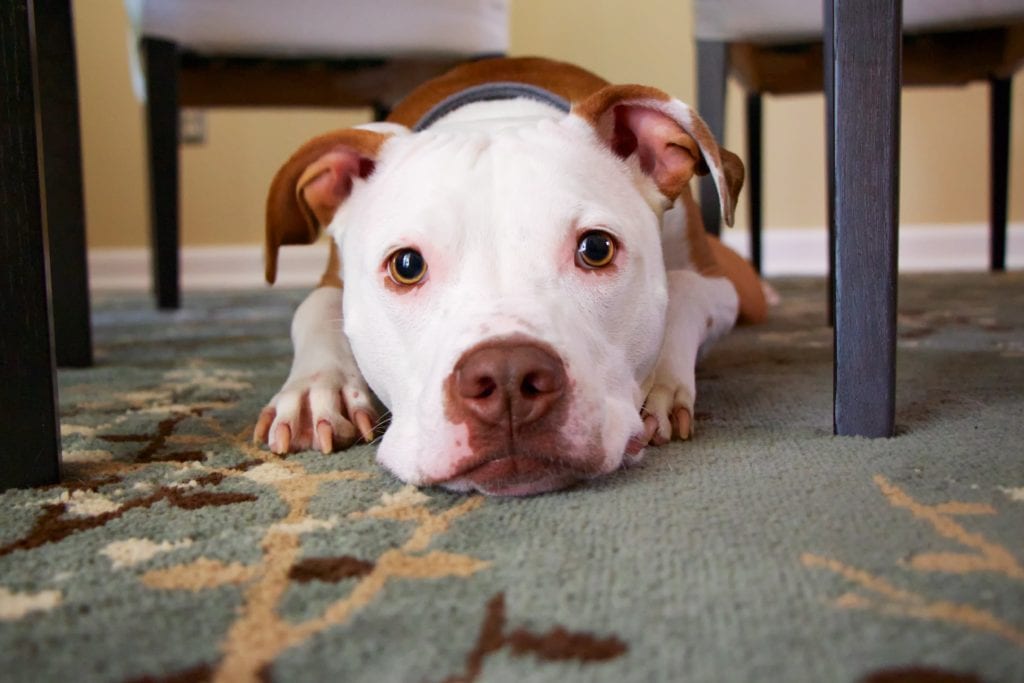 10 Things You Do Your Dog Struggles To Understand

Dogs and humans have been companions for millennia and while we have evolved continuously together, there are some things we do that are just baffling to man’s best friend.

Curious? Here are the ten things humans do that confuses our dogs…

Dogs are very social creatures and they love spending time with other dogs, people, and virtually any species that wants to be friends with them. They like to do things with some company which is why it’s so hard for them when we need to leave them alone at home, in kennels, or the vet.

Dogs hate to be separated from their ‘pack’ and since we’re part of their pack, they demand to be with their family and hate impenetrable obstacles that keep them away from their family. (We’re talking about you, evil doors!)

When we leave our dogs alone, they don’t know when and if we’re ever going to come back to get them. This explains why they’re so excited to see us when we come home!

Dogs are olfactory-driven creatures. Did you know that they have over 300 million olfactory receptors in their noses as opposed to only 6 million in humans? They love to sniff at anything and everything that comes their way because this is how they get to understand their environment.

Humans, on the other hand, are visually-driven. We interact with our world as we see it and spend a lot of time just sitting and watching stuff on the TV, reading our books, or staring at our phones and laptops.

Dogs simply can’t understand why their human family is so entranced with the noisy box at home and prefer to roam around the house, exploring every corner with their trusty sense of smell.

3. Changing our shapes and smells

Both animals and humans have distinct scents to them. However, humans like to take baths, wear perfumes, or use deodorants — all of which change our scents, making it hard for our dogs to recognize us!

We also like to wear all sorts of things that change our shapes such as hats or clothing. When their human comes home wearing a cap, strange clothes, and a different smell, dogs can be a little cautious at first but with their powerful sense of smell, they will soon be able to tell if you’re their owner or a stranger.

Who doesn’t love snuggling with a warm and fluffy animal? Humans show their love and affection by grasping each other with their forearms, something dogs find to be puzzling.

If your dog or puppy isn’t familiar with hugging then they might consider it an attack or a way to keep them from escaping. Very enthusiastic hugs may be mistaken for play fighting and instead of nestling up to you, your dog may playfully bite you instead.

And speaking of biting…

5. Not allowing them to bite or play-fight

Play-fighting and biting is part of a dog’s natural instinct. Even after domestication, dogs are still predatory animals so they can’t understand why humans refuse to play fight with them or get angry.

Aside from playing and eating, dogs also use their mouths when they want to communicate or show affection to us and find it strange that we take offense when they do these very ‘normal’ actions.

Dogs are opportunists and will get food wherever it’s available… including the bin. Food is food and there’s no reason for them to not eat something that they found. (There are dogs starving in Africa, human!)

Unfortunately for dogs, we don’t like it when they dig through the trash and cause a mess and we force them to eat only from small, strange, and inedible containers we call dishes.

Dogs and other animals have something they call ‘territories’, areas that they consider to be home and protect from intruders. They like to sniff unfamiliar humans and dogs entering their territories because they haven’t evolved to accept intrusions and threats to their safety and resources.

They can tell if their owners have been to other territories and are carrying the smell of other dogs with them back to their homes. And they hate that!

8. Using our hands a lot

Most able-bodied humans use their hands to do a lot of things — from giving pets, scratches, and treats to restraining our dogs to trim nails or worse, give them baths! Because we do all of these ‘good’ and ‘bad’ stuff with the same pair of hands, our dogs never know what to expect when you reach out to them.

No wonder some dogs become alert when they see a hand coming towards them!

9. Giving them too much food

Dogs have been known to make their human companions healthier, but we can sometimes be the opposite for them. More often than not, we leave out too much food for our dogs – whether or not the food is in their bowls or in the bin!

Dogs don’t really understand the concept of self-control and unless you train them, they’ll be munching on anything and everything they see. It’s in their nature.

Animals (with the exception of dolphins and maybe some primates) only have sex for procreation and the same thing can be said about our dogs. If you’ve ever caught your dog watching you in the act, they probably don’t think anything of it as more than a biological need that you have no control over.

And that’s it! You’ve finished reading the things that we humans do that are strange to our furry companions.

Can you think of other things that you can add to this list?

Parts of this article originally appeared in The Conversation.