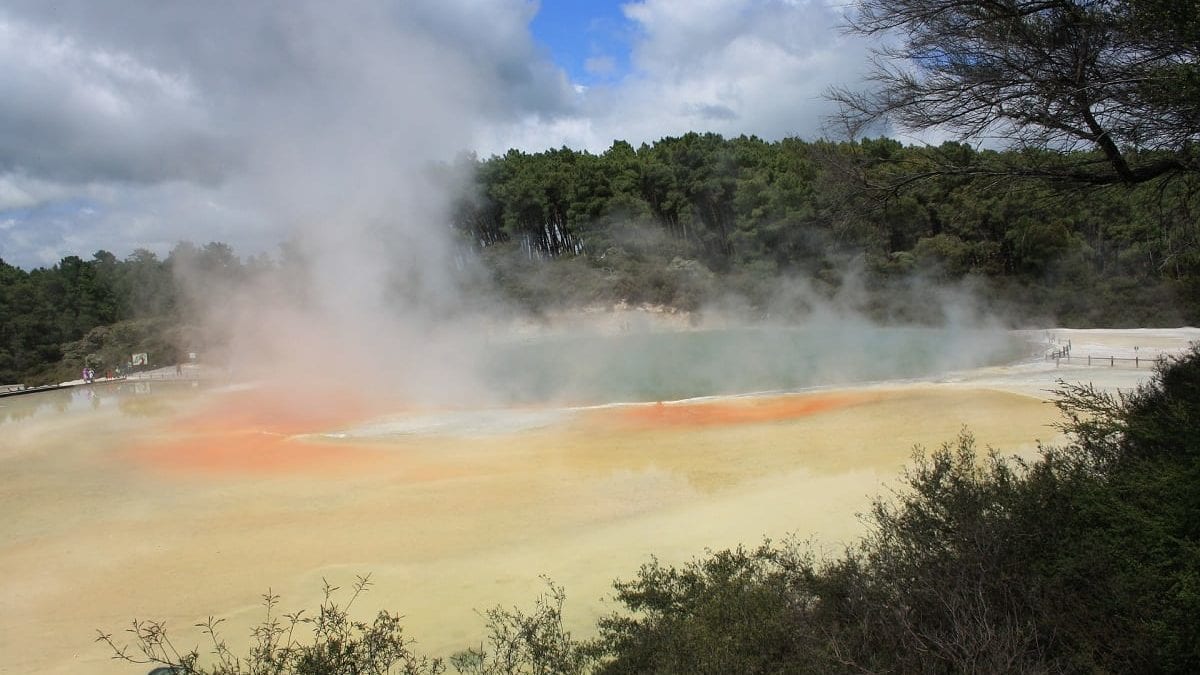 Did you know that one of the largest natural sources of renewable energy could be right under your feet?

There are huge stores of geothermal energy beneath Australia, the United States, and many other places across the world.

Most geothermal energy systems use water heated by hot rocks a few kilometers below ground. The water is either pumped to the surface, or pumped down, heated, then pumped back up as steam to power turbine generators.

Now researchers at the Tokyo Institute of Technology have built a new type of battery that generates electricity directly from heat. The battery’s system does not require water or steam. All it needs is the earth’s heat!

The novel new device promises a breakthrough in the global effort to create viable sources of clean energy in the face of climate change.

The system consists of sensitized thermal cells (STCs), which generate electricity in environments between 60° C and 100° C.

The STC is a battery made up of three layers of material sandwiched between two electrodes. There is an electron transport layer (ETM), a semiconducting layer of germanium, and a solid electrolyte layer that transports copper ions.

The researchers built the battery to operate in hot ground. The heat in the ground excites the electrons in the semiconductor, causing them to move to the ETM. They then pass through an external circuit and continue by way of the counter electrode to the electrolyte.

There, oxidation and reduction reactions, called redox, occur. The reactions then carry the low-energy electrons back into the semiconductor, starting the cycle over again.

The researchers were initially unsure how long the STC device could sustain the cycle.  During testing, they discovered that the cycle concluded when the redox process did.

Round the Clock Power

However, the team was surprised to discover that the battery could correct the problem, as long as it remained buried in a heat source. The researchers needed only to switch on the external circuit to recharge the battery.

“With such a design, heat, usually regarded as low-quality energy, would become a great renewable energy source,” Matsushita says. “There is no fear of radiation, no fear of expensive oil, no instability of power generation like when relying on the sun or the wind.”

The researchers are collaborating with Sanoh Industrial, an auto and metal parts manufacturer, on possible commercial applications of the technology.

Matsushita and his team plan to make further refinements to their battery. They plan to apply the technology as a means of powering sensors wherever heat is readily available, according to a report published by IEEE Spectrum.

Ultimately, the researchers intend to develop the technology to provide energy for larger-scale applications.

Lower Back Pain: The Myths vs The Facts