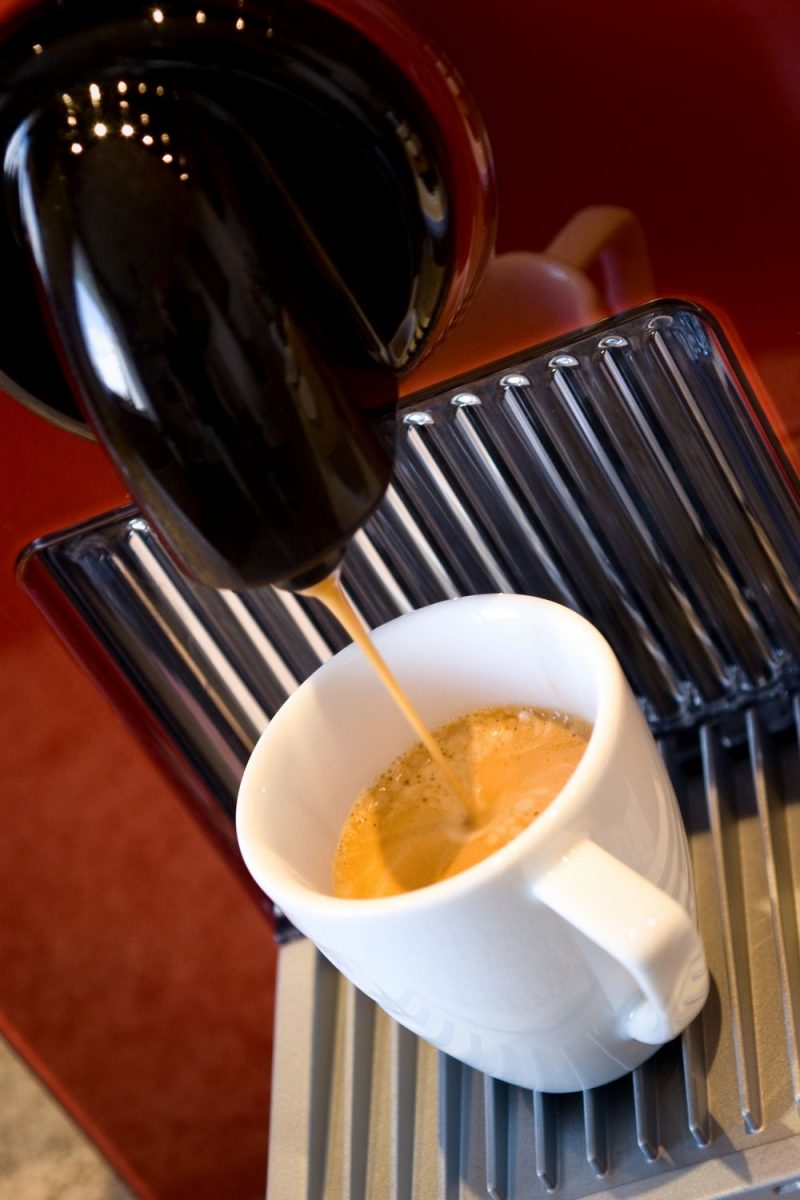 Have you ever pondered life over a coffee? It turns out there may be more to life or your coffee than you imagined! Not yours, but entire bacterial communities of it. And they’re in your coffee.

A study conducted at the Universitat de València in Spain on coffee waste and coffee machines, has found communities of bacteria, with up to 67 genera identified, living harmoniously within a single machine.

We can all learn life lessons about tenacity and perseverance from these bacteria! They can survive and thrive even in the most adverse conditions. They live in coffee waste, despite caffeine being a natural antibacterial agent. And they can certainly stand the heat as they can thrive in machines where the temperature usually reaches 96°C.

The study was a small-scale one, with only 10 Nespresso machines tested. None-the-less, it may be representative of the general population’s coffee experience. The results revealed the existence of a varied bacterial community in all the machines sampled and a rapid colonisation process of the coffee leach.

The good news is that most of the bacteria found were relatively harmless. The bad news is there may be a few that are harmful enough to lead or contribute to serious health concerns.

Most of the microorganisms found, such as Aspergillus tamarii, Trichosporon asahii, and Pseudomonas sp. degrade caffeine as part of their life cycle.That’s probably why Pseudomonas sp. was one of the main types of bacteria found. It was present in 9 of the 10 coffee machines. Traces of other bacteria were also found in coffee bean fermentation and decomposing coffee hulls.

A handful of bad ones like Enterococcus bacteria, also found in coffee waste, could be harmful to our health. Two of them, E. faecalis and E. faecium, are commonly found in our intestines. And they might as well be immortal because they can survive a variety of conditions, including acidic pH levels and extreme temperatures. They have been known to cause urinary tract infection, meningitis, and bacteraemia (the presence of bacteria in blood). Blood is normally a sterile environment, so the presence of bacteria in it is abnormal.

It’s not likely that you would give up drinking coffee, or throw away your coffee machine based on this limited research. But you can’t risk your health either just to get your coffee fix. Fret not, there is a solution and it is just a matter of better housekeeping and hygiene. The scientists found negligible amounts of the harmful bacteria in the actual coffee. The colonies tended to concentrate in the machines’ drip trays.

The researchers concluded that the bacteria most likely came from the coffee drinkers – from unwashed hands – rather than coming from the coffee. There were no bacteria found in the coffee capsules (pods) so the possibility of contamination prior to preparation is next to nil. Hence, the only possible source is for bacteria to form in drip trays.

The solution is very simple. Clean your drip tray more often and ensure frequent maintenance of the capsule container of the machine. Of course don’t forget a lesson we all learned in kindergarten – wash your hands before eating, or in this case, before fixing yourself a cup of coffee.

Have you checked your coffee machine lately? You might want to do that and make sure those drip trays are thoroughly clean, dry, and free of bacteria.

Footnote: This got me thinking about my automatic espresso machine. The manual recommends the ‘brew unit’ be removed, cleaned and oiled every 100 cups. At five or six uses a day, that’s a clean every 15 – 20 days. Hmmmm…

How to Use Nigella Sativa