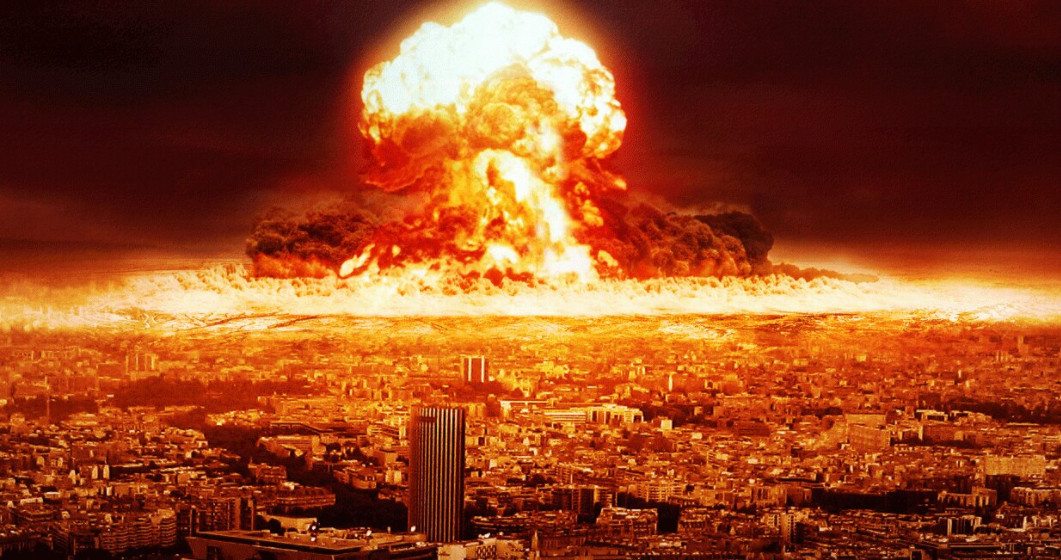 Kim Jong-un isn’t crazy. Anything but. A crazy person wouldn’t be able to get the attention of the world the way he has. He knows exactly what he’s doing and we’re playing his game, by his rules because he not only has the bomb, he might just be willing to use it!

North Korea is at war with the west and has been since June 25th, 1950. Most of us would like to think the war ended on July 27th, 1953 but it’s still on as far as the North is concerned. There was no victor and no treaty. Both sides – North Korea, Communist China and the USSR on one side and South Korea and The United Nations forces on the other, simply withdrew to the 38th parallel.

In fact, the Armistice that North Korea repudiated in 2013 was never signed by South Korea! And if you need any evidence of the North’s level of determination and fatalism, the five million deaths from that war zone – half of them civilian – should do it.

One of the world’s largest standing armies!

According to a recent Newsweek report, “North Korea’s armed forces counts 1.19 million service members and another 7.7 million reservists. The isolated nation of 25 million people is also home to 3,500 battle tanks, 72 submarines, 302 helicopters, 563 combat aircraft and 21,100 artillery pieces, making up one of the most powerful militaries in the world.” In fact, North Korea has the highest per capita, standing army of all nations. It is about 10 times higher than the USA!

And they’re fanatical. They’ve been indoctrinated since birth to distrust everything and everyone – especially from outside the DPRK. They all do a form of national service – 10 years for men and until age 23 for women. There’s no such thing as conscientious objection!

And just like in Nazi Germany, children are rewarded for informing on dissenting friends, neighbours and parents. They’re also taught to revere whichever Kim is currently leader, in a god-like manner.

The bottom line is that if Kim Jong-un decides to push the button, no-one is going to argue!

Is it back to family nuclear fallout shelters?

Well that’s already a booming business. There are numerous companies selling and installing ‘doomsday’ protection for those who can afford it. Such shelters are certainly the best option for those who have them. But the rest of us should just hope that the barrier of defense missiles in South Korea and Japan really work.

But what if? What would you do if a missile carrying a nuclear warhead came down in a city near you?

The first warning would probably be an extraordinarily bright flash that immediately gets your attention. It will have the same effect as shining a strong torch in your eyes… temporary blindness. But don’t worry about that since the force of the shock front, travelling at something like 300 metres per second has probably already knocked you to the ground. To put that in perspective, if you are 15 kilometres (about 10 miles) from the blast centre, you have 50 seconds to find shelter. But what shelter?

Many of us would rush for the car hoping to ‘get out of Dodge City’ but that would be pointless for reasons covered shortly. Instead, head for the centre of the nearest building, whether it be a house, an office building or a mall. If there is anyway to get underground, do it. Car-parks typically have multiple levels. Head for the lowest because the more concrete you can put between you and that blast, the better your survival odds.

The problem, assuming you survived the blast and the heat, is radiation. That explosion sent many tonnes of debris upward at speeds approaching 200 kilometres per hour.  Some of that debris will get as far as 10 kilometres above ground before getting dispersed by high altitude winds. The heavier material will fall back very quickly while anything the size of a grain of sand or larger, will fall back to earth over the next 12 to 24 hours. The rest could take weeks or even months to settle and will be dispersed over a huge area.

The good news if you’ve made it this far…

Yes folks, there is some good news. The really ‘hot’ radiation decays very quickly, so all that stuff falling out of the sky is only really, REALLY dangerous for the first 24 hours. It’s therefore critical that you stay under as much cover as possible during that period. Keep away from windows since they offer little if any radiation protection. Which brings us back to the car!

If you’d chosen the car, the odds are that you had a very bad – probably fatal, day. Cars have large glass areas and are made of very thin metal. That radiation didn’t hesitate for a moment and you’re guaranteed to be glowing in the dark! Even if you managed to drive away, there is no way of knowing which direction the upper atmospheric winds are blowing. You could be driving into increased danger. The one ‘no cars’ exception will be if your car is in a covered car-park. Then you’ll have the added advantage of having a radio to keep up with events. It’s a matter of going in, staying in and tuning in!

What if your ‘shelter’ is minimal?

If you know that your existing cover isn’t much use, then you’ve got nothing to lose and your life to gain by seeking an alternative. But aimless wandering is pointless. Stop and plan first, because the cover you’ve got is better than the open air. Where do you know that can offer better protection. Where is the nearest apartment building or shopping mall? What has thick walls and a heavy roof… preferably a few floors above you?

The next few days…

Food will be scarce and drinking water may be contaminated. Hopefully you had the foresight to put aside an emergency kit. Such a kit should contain a radio and torch, batteries, a survival water filter, a basic first aid kit and at least a week’s supply of dried and canned food. If you require any special medication, include a supply of that! Store it all – securely packed – in an accessible place. Check it at least once a year, testing the radio and torch and replacing the batteries and anything else that is time sensitive.

To overcome the risk of running out of battery power, we use a combination radio/torch that has solar charging, hand cranking and takes batteries. It also has a USB port to charge your phone with. I think it’s a cheap investment at less than $20.00.

The real risk of nuclear devastation

It’s generally believed that North Korea has less than 10 nuclear weapons. On the other hand, according to the Federation of American Scientists, there are at least 14,900 nuclear weapons still in existence of which around 6,800 are held by the USA. In other words, Kim Jong-un really would be crazy to detonate that first bomb. Even if the USA did not hit back with a nuclear response, her conventional weapons arsenal is sufficient to destroy the country.

The real risk is in the bombs that simply ‘went missing’ when the old USSR collapsed. Given that billions of dollars worth of illegal drugs cross international borders every year, how hard will it be for a determined terrorist to bring one of those bombs into your city? Think about it. I do!