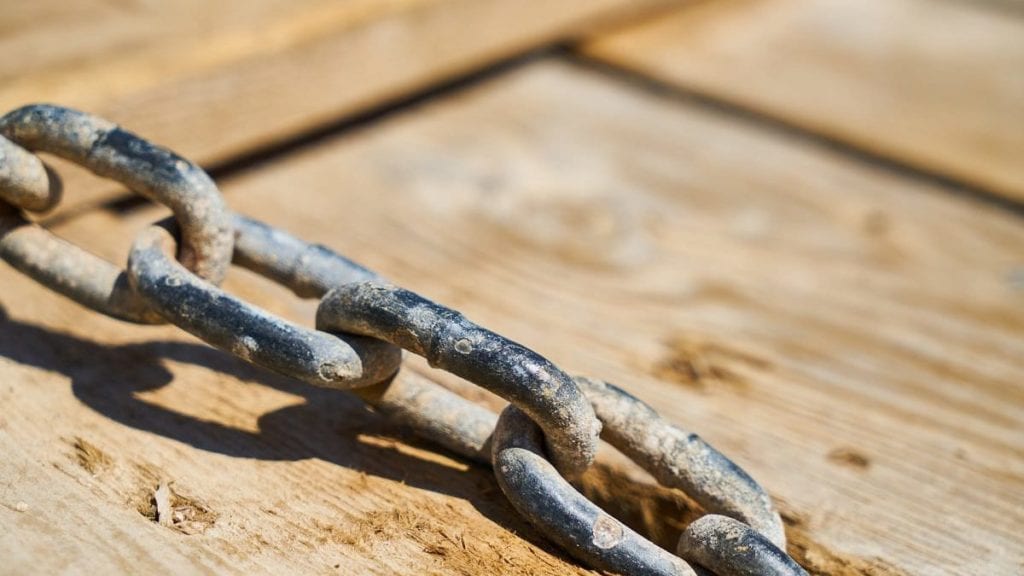 Vannak Anan Prum has an extraordinary story to tell. He tells it in pictures. At 26, he was desperate to find work in Cambodia, where he lived. His wife was pregnant and he needed money to care for her and their unborn child. There was no work in the village in which they lived.

Increasingly desperate, Prum set off in search for employment along the Thai-Cambodia border. There, someone lured him into Thailand with the promise of work drying fish.

In Thailand, Prum ran into slave-traffickers, who sold him to the captain of a fishing boat.  Prum then spent three, harrowing years enslaved on the outlaw fishing vessel In those three years he did not set foot on land.

His captors worked him to a shadow of himself.

The floating prison became Prum’s world. He brawled with other fishermen. He witnessed brutal beatings, murder, and beheadings.

“I knew that I could die at any moment and just disappear beneath the sea without a trace,” Prum recalls.

When the boat finally came close enough to land – after three years, Prum broke for freedom. He leapt into the sea with another man and swam ashore.

Prum found himself on dry land in Malaysia. He approached the Malaysian police for help. Instead of help, corruption and greed won again. Then he was delivered to the boss of a palm oil plantation instead.

This lurid, heartbreaking turn sent Prum into yet another year of slavery.

Prum no longer had to worry about beatings on the plantation; but he was still not a free man. The work on the vast estate was backbreaking, but he was never paid.

Prum suffered a stab wound while working on the palm oil plantation. That sent him to a hospital. While recuperating, he met a human rights worker who eventually helped him back to freedom.

Throughout his grim, poignant testimony, Prum invokes the power of drawing. As a boy he had etched pictures in the dirt with a stick. Repeatedly throughout his strange, terrifying account of modern slavery, art saved him.

When Prum finally returned home to his wife, he couldn’t explain his ordeal in words. He resorted to his drawings to show her what had happened to him.

Prum’s drawings are the heart of his illustrated memoirs, The Dead Eye and the Deep Blue Sea.

Not an Isolated Case of Modern Slavery

Prum’s horrendous ordeal at the hands of slavers is sadly not an isolated case. While the word slavery itself tends to recall bygone eras, the practice is very much alive in our times.

In fact, business is brisk in the world of modern day slavery.

A world with 40 million slaves…

According to the Global Slavery Index, there are more than 40 million people worldwide laboring under various forms of modern slavery. To put that into context, around 12 million slaves arrived in the Americas over a 300 year period from the 16th to the 19th century!

The victims of slavery are often from the shanty colonies of the world’s poorest countries.  About 50 percent of the world’s enslaved people toil in industries that require manual labor. These include farming, ranching, logging, mining, fishing, and brick making.

Those in forced labor huddle in brothels, sweatshops, and agricultural estates ringed with barbed wire.

The world of today’s slaves is unlike that which is familiar to most. But there are traces of slavery on many of the products and services we take for granted.

The products, estimated to be worth at least $354 billion, include mobile phones, computers, clothing and food like fish and cocoa.  The US buys more than 40 percent of the total.

Last year, the US imported around US $5 billion worth of vegetables from Mexico. Tomatoes, peppers, and cucumbers arrive in the US by the ton each day, with little stickers declaring “Product of Mexico.”

American consumers get the salsa at affordable prices. Top U.S. brands like Whole Foods, Wal-Mart, Subway, and Safeway rake in the profits.

For many thousands of farm laborers in Mexico, however, the export industry is a lurid narrative of abuse and extreme hardship.

In 2014, the Los Angeles Times learned that farm bosses in Mexico sometimes trap workers for months at a time in rat-infested camps.

Laborers often fall deep in to debt, paying overblown prices for necessities at company stores. Those who seek to escape their debts have to contend with guards, barbed-wire fences, and threats of violence from camp supervisors.

The living quarters in the camps are often without beds, functioning toilets, or reliable water supplies.

Some camp bosses withhold the already wages to prevent workers from leaving during peak harvest periods, the LA Times reports.

Bitter Harvest for a Sweet Treat

Much of the same shocking conditions are true for the enterprises that grow the cocoa that is imported into the US.

Most major US companies that purchase chocolate get it from the same sources in the Ivory Coast. Slave laborers, often children, perform much of the harvesting of cocoa in that country.

Slave traffickers purchase, or abduct, huge numbers of children from West African countries. The slavers descend on places like Mali and Burkina Faso to find the children.

In these places, deepening poverty at times forces parents to sell their children to slave traffickers for as little as US $30.

The criminal gangs sell the children to cocoa plantations in Ghana and the Ivory Coast, according to numerous reports.

Working conditions on the cocoa estates are almost uniformly hellish. The children function as pack animals, stumbling under the weight of sacks of cocoa beans they must carry across the orchards.

Their legs are scarred with machete wounds, and the bosses beat them when they move too slowly, reports the Food Empowerment Project.

The U.S. chocolate market is expected to exceed US $20 billion by 2025, according to some research.

Slavery puts people in situations that force them to work under conditions that violate core human rights, says Anti-Slavery International.

You would not think of slavery when it comes to nannies and hotel workers. But many modern-day slaves grub away in the service industries – performing the work of dishwashers, janitors, gardeners, and maids.

In March, a Singaporean court jailed a couple for mistreating their maid, a migrant worker from Myanmar.

Moe Moe Than had left her village in Myanmar to work as a domestic helper in Singapore in 2012. A recruitment agency had arranged for her to work in the household of the Singaporean couple.

The pair had regularly beaten and starved Than. They likewise threatened to kill the young woman’s parents in Myanmar if she complained of her mistreatment.

Their brutal abuse of Than is detailed in 20 horrifying charges.

Abuse was “The Worst of its Kind”

One describes how Chia force-fed the maid a mixture of rice and sugar through a funnel, causing her to choke. Chia had apparently taken offense when Than complained that she did not have enough to eat.

When Than ran to the toilet to throw up, Chia followed, scolding and slapping the young woman. The irate employer ordered the household worker to heave into a plastic bag, instead. Than did what her employer forced her to do.

The court document then describes, in gut-wrenching legalese, how Chia proceeded to make Than “eat her own vomit.”

State prosecutors called the case “arguably one of the worst of its kind.”

Than is now free again. But there are still too many out there right now toiling quietly in one form of slavery or another. There are still millions in sweatshops, farms and households surviving with what might seem a terrible, desperate vitality.

Do you think you have done enough to end their ordeal?

If you would like to take action to help end slavery, raising awareness of the issue is a good first step.

PrevPrevious PostHelping Your Child to Succeed When They Fail
NextGut Microbes in Athletes: The Next Big Thing in Sports Doping?Next