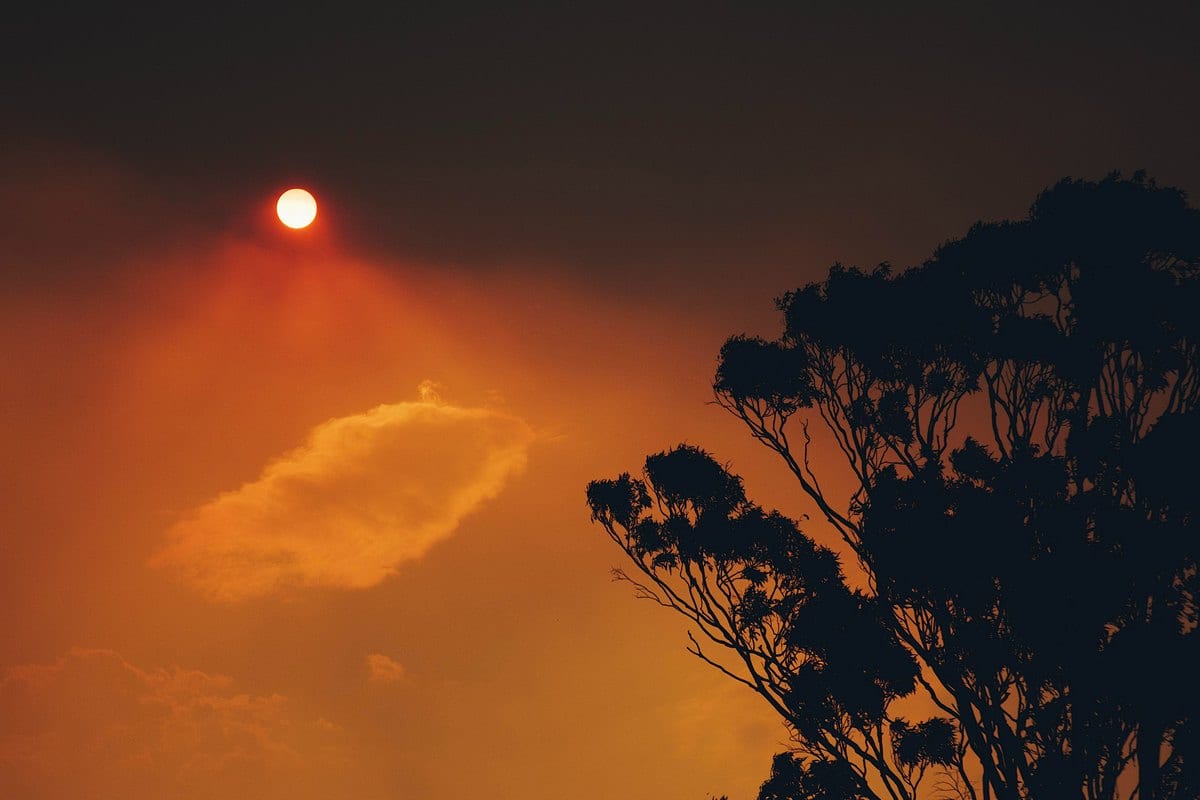 Four years ago I stood as an independent candidate for the Australian federal parliament. I didn’t win but I made a real dent in the expectations of the sitting member.

My single biggest issue was the urgent need for climate change mitigation. The sitting member was – and still appears to be – a climate change denier.

Of course, at that time, he wasn’t alone in his views. In 2016, only around 43% of Australians considered climate change to be a real threat to humanity. And even many who saw climate change as a threat, viewed it as something far off in the future.

Fast forward to today and the vast majority of Australian voters now believe that immediate action must be taken to mitigate the effects of global warming.

The current government is weighed down by conservatives. Some of those hold strong religious beliefs including that ‘god’ will protect ‘his people’.

Others continue to promote the fallacy of ‘clean coal’ as the future even going so far as to argue that renewable energy can never scale to meet demand.

But the tide of public opinion has now turned against the status quo. Extreme drought, wild storms and devastating bush fires have hammered home the reality. The clock is ticking and change is needed now!

With the US election just a week away, it seems possible that Americans will elect a president who has also faced reality and is determined to see his nation as a major contributor to a new, clean energy world.

Along with 83% of my fellow Australian, I can only hope…

New report shows climate change is worrying more Australians than ever before!

Despite a global pandemic dominating headlines, concern about the impact of climate change is at a record high in Australia, with 80 per cent of people thinking we are already experiencing problems caused by climate change and 83 per cent supporting the closure of coal-fired power stations.

In addition, 71 per cent of Australians now think Australia should be a world leader on climate action, according to The Australia Institute’s Climate of the Nation report, which has been tracking Australian attitudes to climate change since 2007.

The progressive think tank polled nearly 2,000 adults over a week in July.

It said the results showed Australians wanted a speedy transition to a zero-emissions economy.

“Our research shows that, far from dampening the call for climate action, the COVID-19 crisis has strengthened Australian’s resolve for all levels of government to take action on climate change,” Richie Merzian from the Australia Institute said.

This year, more respondents have agreed climate change “is occurring” than at any other time over the survey’s history, with 79 per cent agreeing with the statement.

Bushfires were the biggest impact that respondents were concerned about, jumping from 76 per cent last year to 82 per cent this year.

That was followed by droughts, extinction and the destruction of the Great Barrier Reef, all with about 80 per cent of people expressing concern.

Rebecca Colvin, from the Australian National University, researches public attitudes to climate change. She said the poll showed COVID-19 had not made people forget about climate change.

“I think it’s surprising,” she said.

“It shows climate change isn’t just a fad that people care about when everything else is stable.”

The results came just weeks after the Lowy Institute released polling on climate change that showed a dip in another measure of concern: the number of people saying we should take action now, even if it came at a significant cost.

“What I take from the combination of them both is possibly that the Lowy Institute polling is showing that in the immediate term our resources are thin because of the recession and COVID — but it’s not like that’s erased climate change from the agenda altogether.”

In the Lowy poll, despite a dip in the number of people urging action even if it came at a high cost, concerns about some climate impacts were at record-high levels.

“Droughts and water shortages” and “environmental disasters such as bushfires and floods” were considered critical threats by 77 per cent and 67 per cent of people, respectively. That was despite only 59 per cent saying the same of climate change itself.

Dr Colvin said that could be a result of people seeing the immediacy of the impacts of climate change — but not being able to see the cause: a rise in greenhouse gas concentrations.

“It tells us one of the stories about climate change — we can always put it off until the next day — but we’ve done that for more than 30 years and we’re now reaping the outcomes of that with the fires.”

Fifty-two per cent of respondents thought coal-fired power stations should be gradually phased out, while 31 per cent thought they should be phased out as soon as possible, even if that cost more.

The Government has trumpeted plans for a “gas-led” economic recovery from the COVID-19 recession, so the poll looked at the public’s knowledge and attitudes to gas.

The survey found Australians greatly overestimated the number of jobs in the gas industry, believing about 8 per cent of Australian jobs came from the sector. But the Australian Bureau of Statistics suggests just 0.2 per cent of all jobs are involved in the extraction of oil and gas.The response mirrored similar results on the public’s overestimation of the number of jobs in the coal industry, which has remained steady since last year.

“When it comes to employment in the gas industry, Australians overestimate the gas workforce by a factor of 40,” Mr Merzian said.

“So what that means is that Australians think there are over a million working in the industry, when in reality it’s more like 28,000.”

When it came to action on climate change, the poll found 63 per cent of Australians thought governments were not doing enough, and half thought fossil fuel producers should pay for more action.

There was a jump in support for Australia going further than other countries, with 71 per cent saying Australia should be a global leader — up from 62 per cent last year.

And 68 per cent of respondents agreed Australia should have a target of net-zero emissions by 2050 — something already in place in the UK and New Zealand.