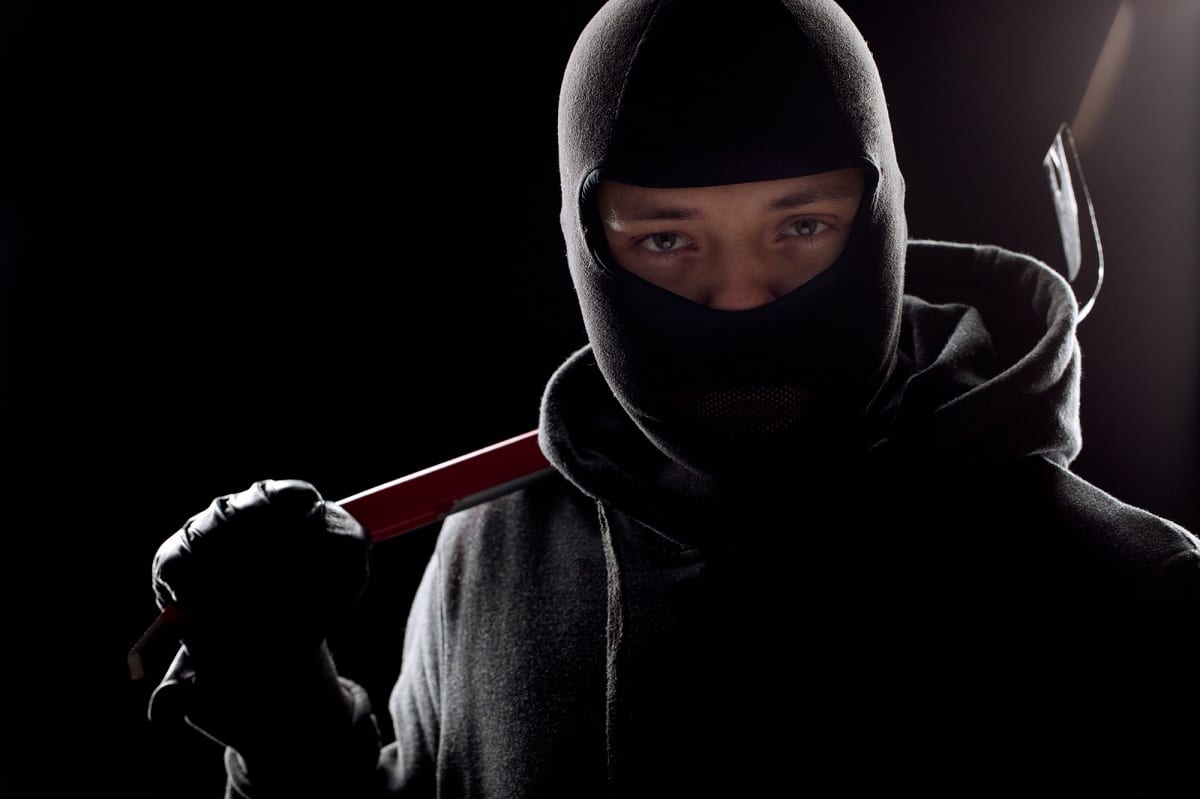 In fiction and in Hollywood, the notion of the cat burglar is one to romanticize.  Thieves look like Cary Grant, George Clooney, or Brad Pitt.

From “To Catch a Thief” to “Point Break,” burglars are either sexy thieves or charming – if not heroic – criminals.

In reality, of course, burglaries are invasive, distressing, and sometimes dangerous.

In 2015, burglars broke into more than 10 of every thousand homes in the US. The FBI estimates the total losses to burglaries at $4.5 billion that year.

The clearance rates for burglaries – the rate at which a crime is solved – was remarkably low at 13.1 percent.

In the same year, 2017, a burglary occurred every three minutes in Australia.

In all, burglars break into two out of every 100 homes in that sprawling country each year.

Three out of every four thieves caught in Australia say it took them less than five minutes to enter a propert.

Minimizing the risk of burglary

There is a wide range of measures you can take to prevent burglars from entering your home. But only you can decide, based on your circumstances, how much time and money to invest in protecting your home against invasion and theft

Here are some suggestions.

One of the best security measures you can take is to get to know your neighbors. Ask them to keep an eye out for strangers around your house.

Convicted burglars say that one thing that would frustrate their plans was a nosey neighbor.

Research in the US indicates that burglars are three times more likely to break into homes that are without a security system. Home security systems obviously deter would-be thieves.

Bringing audible attention to a break-in attempt is a foolproof way to avoid burglary.

Having a barking dog in the backyard or in your house will make robbers hesitate. Unless you get a Doberman or a Rottweiler, it’s not so much the fear of attack but the prospect of the barking that dissuades the would-be thief.

Some dogs have a natural instinct to protect their home and family. Those breeds make excellent guard dogs.

These include Akitas, Bull Mastiffs, German Shepherds, Dobermans, and Komondors, among many others.

Keep the Exterior of Your Home Well-Lit

Burglars don’t want to be seen. Do what you can to deny them the cover of darkness.

You want to have lighting on the exterior of your house that allows your neighbors to see a suspicious person within a hundred feet of your home.

Turn the light on over your front door at dusk, as well as any other lights near entry points to your home.

You can keep your energy bill down by installing a motion sensing light. These are not only incredibly effective, they are very easy to install… especially the solar powered variety. A pack of four costs just $35.00!

Remember, George Clooney will expect those lights on him as he sneaks in through your window or the backdoor, too!

Check the Hardware on Your Doors

The strike plate is the metal rectangle on the inside of the door. This is where the deadbolt or door latch locks when you shut it.

Give yourself those precious seconds to reach for the baseball bat if – and when – crooks do invite themselves into your home.

Also, remember to secure your outdoor valuables with updated hardware. We’d all like to think that a basic padlock or lock-and-key entry system would be adequate to protect valuables we keep outside of the house.

Watch What You Throw in the Rubbish Bin!

Burglars will case your house by checking for any big cardboard boxes in your rubbish. Cardboard appliance boxes sitting on your curb are an open invitation.

If you make any big purchases, make sure you cut up the cardboard box. Also, before you throw away any bills or bank or credit card statements, shred them to prevent identity theft.

Thieves will often rummage through your rubbish to find out what they can about you.

Get someone to collect your mail if you’re going away. Make a note of when important documents are likely to arrive and check your credit report once a year.

Beware Who You Let Into Your Home

Be careful who you let into your home. When you let someone into your home, you give them the opportunity to rob you right then and there.

Or else you permit them to scope out your valuables and prepare to come back later to steal them.

You need to be on guard when you hire service providers like contractors, cleaners, babysitters and repair people. While most people are honest, opportunity may tempt others. In fact, many burglaries and thefts are opportunistic.

That may sound a tad paranoid, but would you rather the chance of a burglary, instead?

Burglars are criminals of opportunity. They will only target homes they can enter without detection. Sociologists say three common factors determine a burglary: time, noise, and visibility.

Burglars want to get in and out of a house fast. The longer it takes to enter a home, the more likely someone will notice and call the police.

This means the harder you make it for them to gain entry into your home, the better.

Which areas require improved security the most?