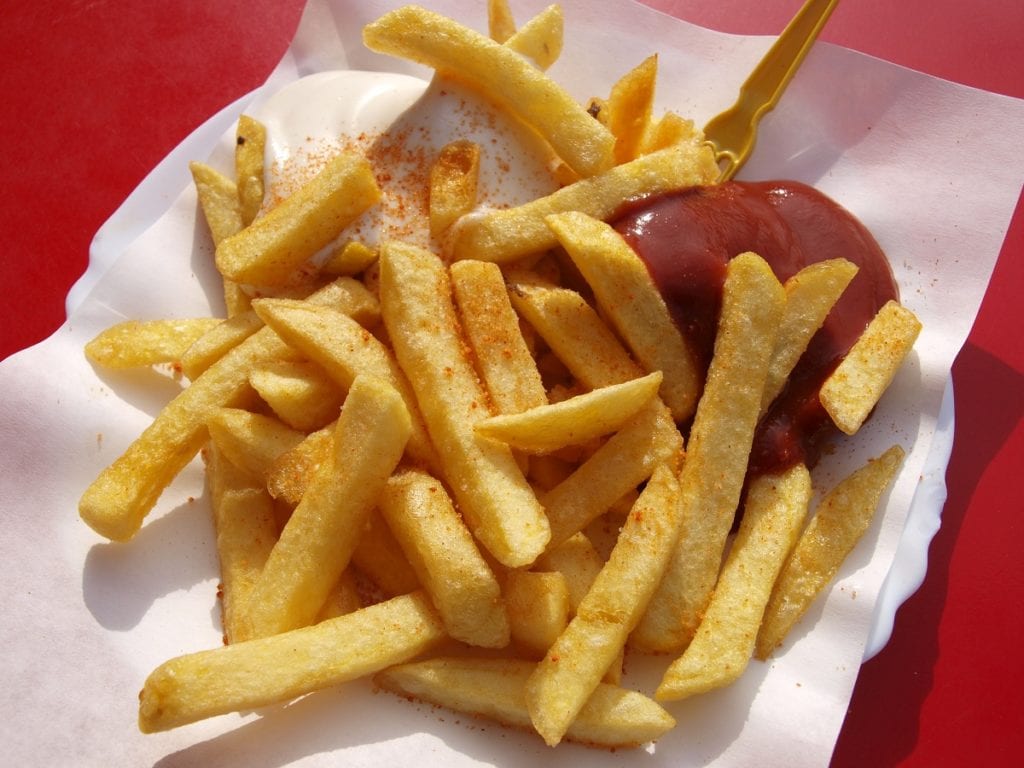 A poor diet of white bread, French-fries, and ham slices caused blindness in a teenager in the United Kingdom (UK), according to a recent report.

The report, which appears in the Annals of Internal Medicine, does not name the 17-year old boy.

The teen’s eyesight had been deteriorating for two years by the time he met Denize Atan, lead author of the report.

The two met at the Bristol Eye Hospital. Atan is the clinical lead for neuro-ophthalmology at the facility.

“His diet was essentially a portion of chips from the local fish and chip shop every day,” Atan told BBC News. “He also used to snack on crisps – Pringles – and sometimes slices of white bread and occasional slices of ham, and not really any fruit and vegetables.”

Atan says the boy had been living off the unhealthy diet for seven years. He first visited his family’s general practitioner (GP) when he was 14, complaining of tiredness.

Initial testing showed he had low levels of vitamin B12 and macrocytic anemia. The GP gave the boy vitamin B12 injections and said he should improve his diet.

But by the time the boy was 15, he had begun to lose both his hearing and his eyesight. He was not over or underweight, but was gravely malnourished.

He had developed a reduced bone mineral density level, and had high levels of zinc and low levels of copper, selenium, and vitamin D.

“This case highlights the impact of diet on visual and physical health, and the fact that calorie intake and BMI are not reliable indicators of nutritional status,” says Atan.

The risks of poor nutrition are often associated with obesity, poor cardiovascular health, and cancer.

Atan warns, however, that it can also have devastating, and sometimes permanent, effects on the nervous system.

Atan says the deficiencies in the teen’s diet led to optic neuropathy. When left untreated, the condition can lead to irreversible damage to the optic nerve, which is what happened to the boy.

“He had lost minerals from his bone, which was really quite shocking for a boy of his age,” says Atan.

The eating disorder usually begins in middle childhood. Those afflicted with ARFID are not concerned over weight or shape.

Instead, their aversion for certain food textures comes from fearing the consequences of eating.

Atan meanwhile says the widespread consumption of junk food and the rising popularity of veganism can lead to vitamin D and B12 deficiencies.

“It’s best not to be anxious about picky eating, and instead calmly introduce one or two new foods with every meal,” Atan says.

Atan says multivitamin tablets can supplement a diet, but are not a substitute for eating healthy.

She warns that too much of certain vitamins, including vitamin A, can be toxic.

“It’s much better to take on vitamins through a varied and balanced diet,” says Atan.

In the US, food companies spent around $8.8 billion on ads for sugary soda, fast food, candy, and unhealthy snacks in 2017 alone.

“There is not a single food that will provide all the vitamins and minerals you need,”says Atan, who hopes the boy’s case will be a cautionary tale.”Variety is the key.”

PrevPrevious PostAPP- etites: Downsizing the Fat Continent
NextLower Back Pain: The Myths vs The FactsNext