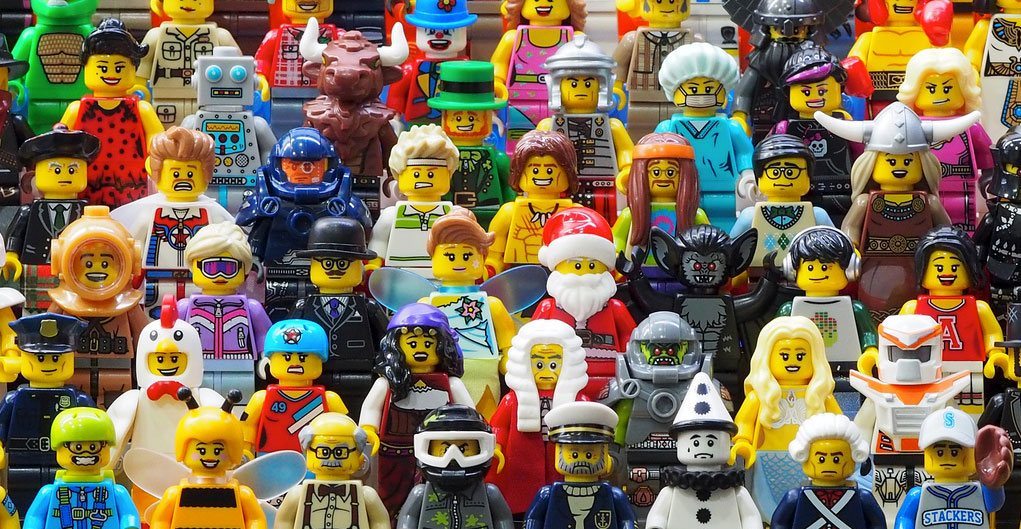 Stranger than fiction, weirder than weird! There are so many fascinating facts and just as many false beliefs rattling around in all of our brains. For your entertainment – as well as mine, I decided to collate a few of the one’s where I would have said ‘no way’! How many of these did you already know?

1/  Lego has manufactured more Lego mini characters than there are humans on the planet! And yes, every one of them hurts like heck when you step on it!

2/  A speck of dust is halfway in size between a subatomic particle and the Earth.

3/  If you were able to line up all eight of the known planets in our solar system they would all fit in the space between Earth and the moon.

6/  Nowhere in the Humpty Dumpty nursery rhyme does it say that he is an egg! For that matter, it also doesn’t say Humpty is a male! Here’s the very first known version of the rhyme (or is it a riddle?).

7/  It makes absolutely no difference to the caffeine level whether the coffee you drink is light or dark roasted. Any given bean will contain almost identical caffeine levels at every stage of the roast. If you want to cut back on your caffeine intake – and you can’t do without your coffee, stick with brews made only with Arabica beans. On average, they contain less than half the caffeine of that in Robusta beans. Almost all instant coffees are made with Robusta.

8/  The sewing machine and the zipper were both invented by the same person, Elias Howe. So why you ask, is YKK stamped on all your zippers?  That YKK stands for ‘Yoshida Kogyo Kabushikigaisha’, a Japanese company founded by Tadao Yoshida in 1934 that makes more than 90% of all zippers used globally!

8/  Saudi Arabia imports wild camels from Australia because they are healthier and more genetically diverse that the local camels. Yet camels are an imported feral pest in Australia!

10/  A strawberry isn’t a berry. But bananas, avocados and watermelons are!

12/  If you could shrink the sun down to the size of one of your white blood cells, the equivalent size of the Milky Way Galaxy would be greater than the Australian continent! The Milky Way Galaxy is just one of at least 100 BILLION galaxies in our universe! Feeling small?

13/  There are more stars in the universe than there are grains of sand on all the world’s beaches.

16/  Peanuts aren’t nuts. They’re a legume like a pea, bean or lentil. That’s why they are sometimes called ground nuts.

17/  If the entire history of the earth was compressed to a single day, your first ancestor was born at 11:58pm!

18/  200,000 human births occur every day! That’s enough to populate a new city the size of Sydney, Australia every 25 days! In fact, if you were born before 1970, you’ve witnessed at least a doubling of the world’s population to the current 7.2 billion!

19/  Despite numerous cinematographic representations of epic battles between Tyrannosaurus Rex and Stegosaurus, they never happened. The two were separated by millions of evolutionary years. In fact, the difference is greater than the time between T. Rex’s era and today!