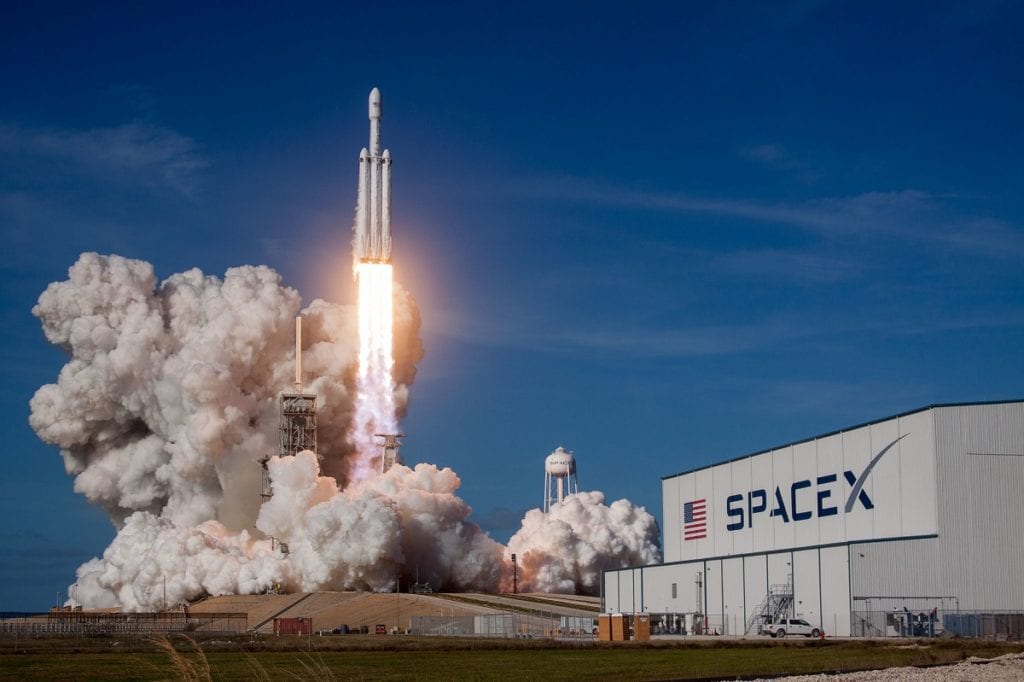 Onward and outward to new frontiers! NASA has contracted Elon Musk’s SpaceX to launch the agency’s Psyche mission to a mysterious metal asteroid.

The mission won’t launch for two more years, but NASA’s preparations are well underway with the California-based aerospace manufacturer.

Reports indicate that NASA will pay SpaceX $117 million for launch services and other mission-related costs – which is remarkably low for a mission of this scale.

The Psyche mission will use one of SpaceX’s Falcon Heavy rockets for the mission. It’s scheduled to lift-off from Florida in July 2022.

“The Psyche mission will journey to a unique metal-rich asteroid, also named Psyche, which orbits the Sun between Mars and Jupiter,” says a NASA press release.

Some researchers estimate that the metal asteroid contains materials worth a mind-blowing $10,000 quadrillion. But NASA says its objectives are scientific rather than mercantile.

Experts likewise say it would be impractical to transport any of the materials back to earth using current technology.

“The asteroid is considered unique, as it appears to largely be made of the exposed nickel-iron core of an early planet – one of the building blocks of our solar system,” NASA officials said.

The Psyche orbiter – named for the asteroid that it will study – will have five solar array panels, as well as power and propulsion systems. NASA says the systems will permit the spacecraft to orbit the asteroid.

The instruments the agency will use for the scientific experiments are in the design and fabrication phase.

NASA officials expect the final assembly and testing of the unmanned craft to begin early next year.

The Falcon Heavy rocket that will transport the orbiter will carry secondary payloads.

These include the Escape and Plasma Acceleration and Dynamics Explorers (EscaPADE) and a small satellite called Janus.

The EscaPADE project is led by the University of California, Berkeley. The twin EscaPADE satellites will fly to Mars to sample the hot ionized plasma and magnetic fields of its atmosphere.

The Janus satellite, from the University of Colorado, will study binary asteroids, which are pairs of asteroids that orbit around each other.

Scientists believe such asteroids are some of the earliest objects in the solar system.

NASA selected the EscaPADE and Janus projects in 2018 as part of the agency’s Small Innovative Missions for Planetary Exploration (SIMPLEx) program.

Seriously… who thinks up all these acronyms? Is it a full time job? ITPE? Sorry… Is The Pay Enough?

Rocky, terrestrial planets like Earth probably have a metallic core, according to scientists. However, it is difficult to observe or measure a planet’s core because it lies far below a planet’s crust.

By studying Psyche up close, NASA hopes to better understand the violent history of collisions and accretion that created terrestrial planets.

“With the transition into this new mission phase, we are one big step closer to uncovering the secrets of Psyche, a giant mysterious metallic asteroid, and that means the world to us,” said the mission’s principal investigator Lindy Elkins-Tanton of Arizona State University in Tempe.

The asteroid is named after the ancient Greek goddess of the soul.