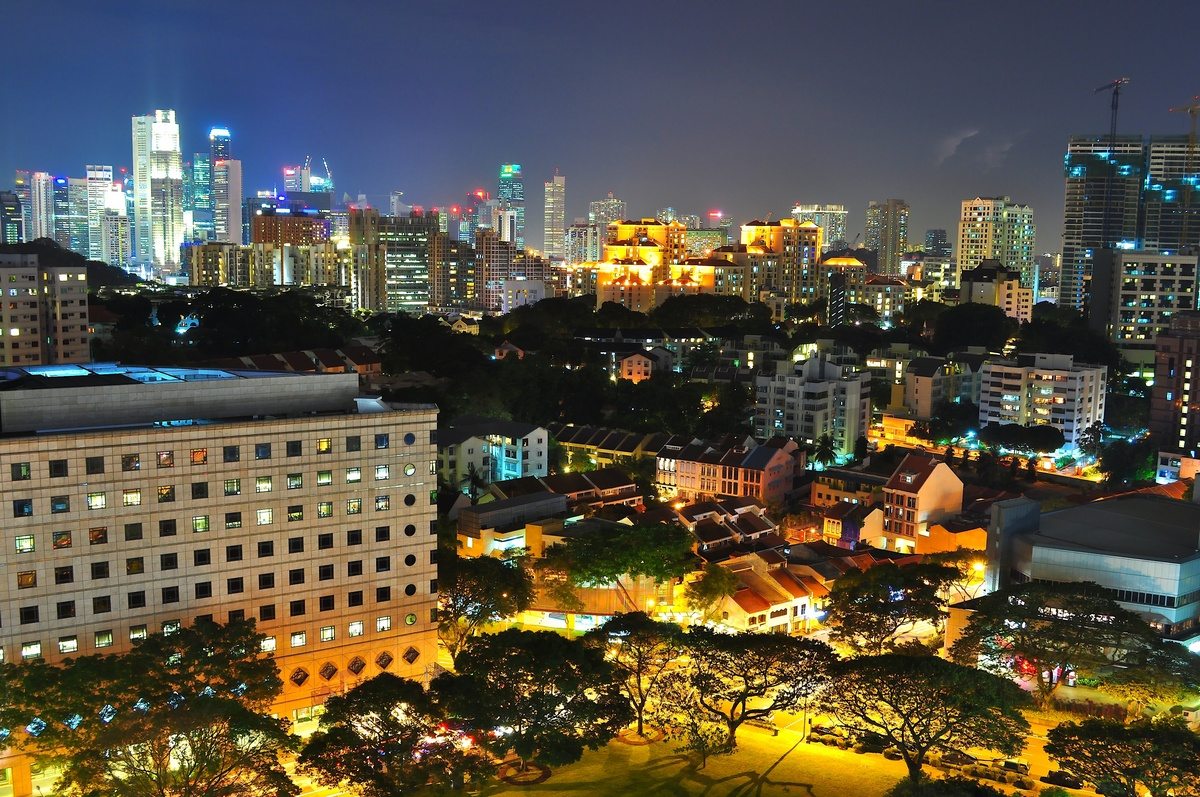 Singapore nights are a distant memory

The comprehensive World Atlas of Artificial Night Sky Brightness has appeared in Science Advances. Written by a group of distinguished scientists lead by Italian Fabio Falchi, it is a noteworthy accomplishment. The first atlas appeared in 2001, but was based on a less precise satellite measurement system. This latest atlas provides far more clarity.

So what is the magnitude of the problem?

As one measure of how far we have come in obliterating the night sky, Falchi and colleagues estimate that, thanks to sky glow, the Milky Way is no longer visible to one-third of humanity, with the most heavily industrialized regions suffering the greatest loss: 60 percent of Europeans and 80 percent of North Americans can no longer see the Milky Way at night.

But the problem with light pollution isn’t just about stargazing. As Falchi and his colleagues point out, it also has effects on environmental and public health. As an epidemiologist who has been studying the possible impact of electric lighting on health for decades, I am greatly concerned about this.

How do we measure artificial light pollution?

The atlas uses light measurements taken by the Suomi National Polar-orbiting Partnership satellite, which orbits 800 kilometers above the Earth and takes pictures of the ground below at night. The satellite can sense the intensity of any light source it detects and plot its location. These measurements are then converted by some sophisticated modeling to produce colorful maps of each region of the world that show the level of sky glow over cities, towns and adjacent countrysides.

While the maps are rather pretty and appealing to view, the underlying message is ominous. The more sky glow, the more obscure the night sky is. For instance, in Times Square in the heart of New York City, at midnight you might be able to count only a dozen stars in the sky, if that. In those areas of the map that show red, the authors tell us, people don’t experience true night because of an artificial twilight from sky glow.

In fact, as Falchi and colleagues note, “…the most light-polluted country is Singapore, where the entire population lives under skies so bright that the eye cannot fully dark-adapt to night vision.”

In the most affected regions of the mega-cities in Europe, the Americas and Asia, the local light levels outside on the street are at times enough to prevent or delay transition to our normal nighttime physiology which should begin at about sunset. The health effects of these local light sources at night, and the sky glow they cause, are the subject of intense research, and have not yet been fully calculated.

Developing societies are also embracing electric lighting of the night, and light pollution is expanding its domain at an epidemic rate. I must emphasize that this represents a huge change in the environment.

What does sky glow mean for you and your health?

Humans, like most other life forms on the planet, have what is called an endogenous circadian rhythmicity. This is a built-in cycle for sleep and wake patterns, hunger, activity, hormone production, body temperature and a vast array of other physiological processes. The cycle lasts roughly 24 hours, and light, especially sunlight, and darkness are important signals to keep it on track.

The sky glow reported in the atlas is, by itself, probably below the threshold for directly affecting our circadian rhythms, as measured by suppression of the circadian hormone melatonin.

But the sky glow the atlas measures is the atmospheric reflection of electric lights in the immediate human environment. Those local light sources are in many, if not most, cases sufficient to cause circadian disruption. These include the lighting inside homes and commercial buildings as well as some forms of street lighting.

So the maps also indicate those places where light at night, in all its forms, can most disrupt our normal circadian rhythms, both inside buildings and for those who are outside at night.

This circadian physiology has developed over billions of years. Humans have been living with electricity only since the late 19th century, and with widespread access in industrialized countries only since the 20th century. While that sounds like a long time, it’s tiny drop in the evolutionary bucket. We are only beginning to understand the health consequences artificial light has on our circadian physiology.

The increasing illumination of night has converged with our growing understanding of circadian physiology, and how light at night can disrupt that physiology. The suspicion has emerged recently that some serious maladies could result from circadian disruption such as poor sleep, obesity, diabetes, certain cancers and mood disorders. The most potent environmental exposure that can cause circadian disruption is ill-timed electric lighting, particularly at night.

There are also some severe ecological consequences of light pollution that include mortality events on migrating birds and sea mammals.

Turn off the lights

Just as technology has created the problem of light pollution by invention of the electric light bulb, the technology of biological science is showing us what forms of light and at what times of day are most, or least, harmful to our circadian health.

This knowledge is now being exploited to produce light sources that are appropriate for time of day. At the most basic, best is bright light with high blue content (e.g., compact fluorescent) in the morning and dim light with low blue content (e.g., low wattage incandescent) beginning at dusk. And turn off the bright blue screens of tablets and smart phones; read an actual book in the evening.

One of many implications of this work is the engineering of street lighting. The wholesale conversion to “white” LED street lighting by many communities such as Los Angeles and New York is coming under increasing scrutiny because that lighting produces the blue wavelengths that are least friendly to our nighttime physiology and circadian health.

Maybe it’s time rethink street lighting. Energy efficiency is an important consideration, but so too is health of the planet.

Dr. Stevens has been working for a long time trying to help figure out why people get cancer. One of his major interests has been in the possible role of iron overload. Largely on the basis of his work, published in the Journal of National Cancer Institute and the New England Journal of Medicine, the Swedish food industry decided to cease iron fortification of flour in the early 1990s. A perplexing challenge, which Stevens began to engage in the late 1970s, is the confounding mystery of why breast cancer risk rises so dramatically as societies industrialize. He proposed in 1987 a radical new theory that use of electric lighting, resulting in lighted nights, might produce “circadian disruption” causing changes in the hormones relevant to breast cancer risk. Accumulating evidence has generally supported the idea, and it has received wide scientific and public attention. For example, his work has been featured on the covers of the popular weekly Science News (October 17, 1998) and the scientific journal Cancer Research (July 15, 1996). As well as more recent stuff, like now.

This article was first published in The Conversation. You can read the original version here…

The Case of the Disappearing Bee

Are there any proven ways to avoid catching a cold?