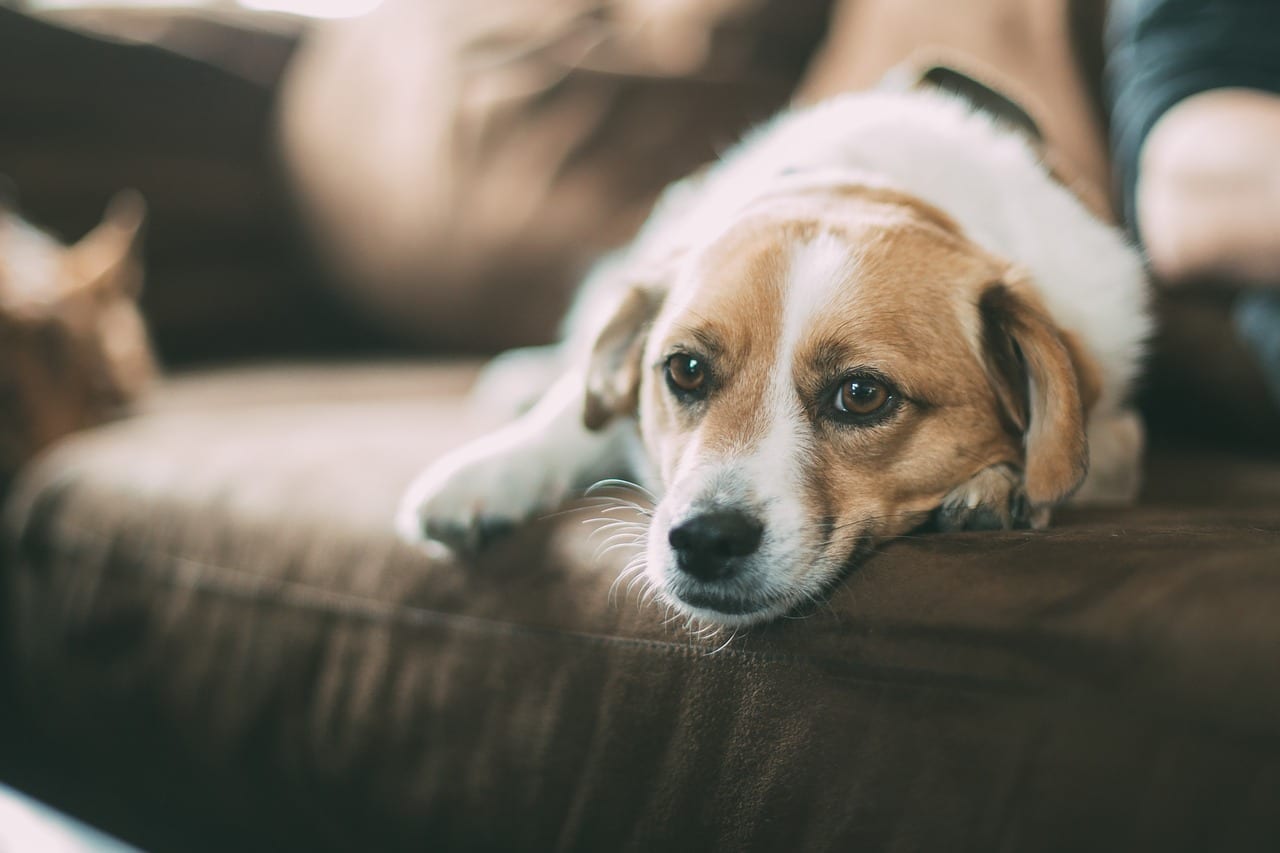 You’re in the throes of passion. Things have gotten hot and heavy with your partner – a steamy sexcapade is going on. You’re ready for a toe-curling, mind-blowing orgasm.

You lock eyes with your four-legged roommate.

He’s staring so deeply into your eyes. He blinks, ever so slowly, seemingly not wanting to miss a thing. Like a voyeur, he’s salivating.

Do your pets know that you’re having sex?

Here’s the thing: they do – but not in the conventional way.

They don’t judge your performance, or your form, or physique.

Pets don’t understand sex the way humans do. It isn’t an intimate act for them.

They see sex as an invitation for interaction.

When they stare at you, they’re just curious – nothing more.

Two’s company… but is three a crowd?

Ultimately, the determining factor here is your level of comfort.

Are you bothered by the presence of your pet while you’re having sex? Does it make your partner feel uncomfortable? Is your pet a distraction?

If any of the three make you or your partner uneasy, work out a solution.

Are your pets ruining your sex life?

There are several reasons why they might be doing so.

Most pet owners let their pets sleep in the same room as them – or even on the same bed. This works well until you have someone over, or when you want to get it on with your partner.

Pets that have gotten used to sleeping with their owner will often try to exert ownership over their space. If you lock them out, they’ll want back in.

As a solution, some pet owners put their pets into another room. Otherwise, they’d have to endure persistent scratching, barking, or howling noises outside the door.

For pets, sex is a different form of interaction. They may perceive it as play but the act itself produces unfamiliar stimuli – visuals, sounds, and smell.

As a result, they might want to join in on the fun. They’d want to play.

We’ve heard tales of pets forcing themselves between the ‘pack leader’ and the bed partner while they’re doing the deed. This may seem funny but it really happens!

But why do pets do this? For them, you having sex means your attention is with someone else.

Sometimes, a new face will spark jealousy, or overprotectiveness.

Remember, they don’t see sex as an intimate act.

If your pets are becoming too nosy…

Do something about it.

You can work sex into your routine. Once they see this as “normal behaviour,” they won’t be making a fuss for long.

Additionally, you can give your pets some toys to play with or some other distraction. Or you can always get a pet sitter but that may be even more off-putting 🙂

If none of these options work, talk to an animal behaviourist. Get help.

You don’t have to choose one over the other.

Should your pet be allowed in the room while you’re having sex?

What’s your take on this?

While we’re on the subject of sex, did you know that a woman’s vaginal scent is uniquely hers? Yes! Intrigued?

Are there 10 million too many people in Australia?