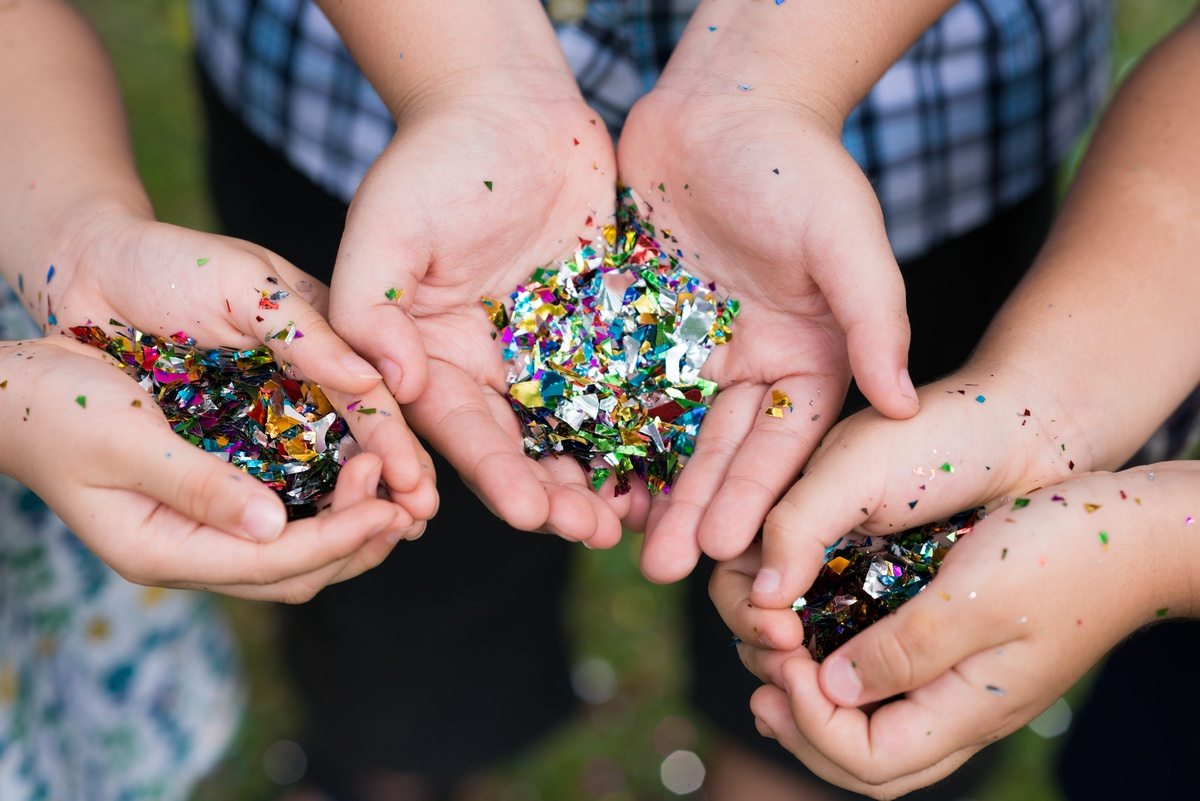 Once upon a time, I actually thought glitter was innocent and sparkly and pretty. And then I started raising a house full of girls. Four to be exact. Glitter nail polish; glitter hair spray; glitter slime; presents wrapped in glittery paper; glitter craft ideas; and a nine year old who wants her room painted with glitter paint (yes – it really exists).

I thought the stuff must have puffed up from the depths of hell, but a quick Google search told me that modern glitter was “accidentally” invented by Henry Ruschmann in 1934. He died in 1989, so maybe my hell theory is right after all.

I also believe that the stuff hangs around to torment me forever, which is also kind of true. After yet another glitter spill in my house which went along the lines of…

“Mum?”
“Yes sweetheart.”
“You know how you said specifically that you really didn’t want any glitter on the floor?”
“Yep.”
“Well, I took the lid off the glitter and accidentally knocked it over and it rolled across the floor and under the chest of drawers”.

… I did a major search for ways to clean glitter up forever. The result:

“You can’t. Glitter sticks to stuff because of the static electricity generated between its small particles of metal or plastic and virtually every surface known to man or beast. Getting it off is often an exercise in futility and frustration.”

It gets worse! Even when you think you have finally cleaned it out of your house (or you take the easier path and simply sell up and move) – it just washes into our waterways and, eventually, oceans, to wreak havoc there. Just think – the fish can eat it and we can then eat the fish. What fun!

But, fear not, if you can’t live without sparkles, biodegradable glitter is now available. Who knows if it’s any easier to clean up but at least it will disappear given enough time!

But until it degrades, I wonder whether it can contaminate a house as effectively as the original?

Rebecca lives with three dogs, three goats, two cats, two horses, countless chickens, a few unwanted snakes and four beautiful daughters! When she's not driving kids to school, sport or parties, (or trying to clean up glitter) she tends her vegetable garden while pondering her next home improvement project.