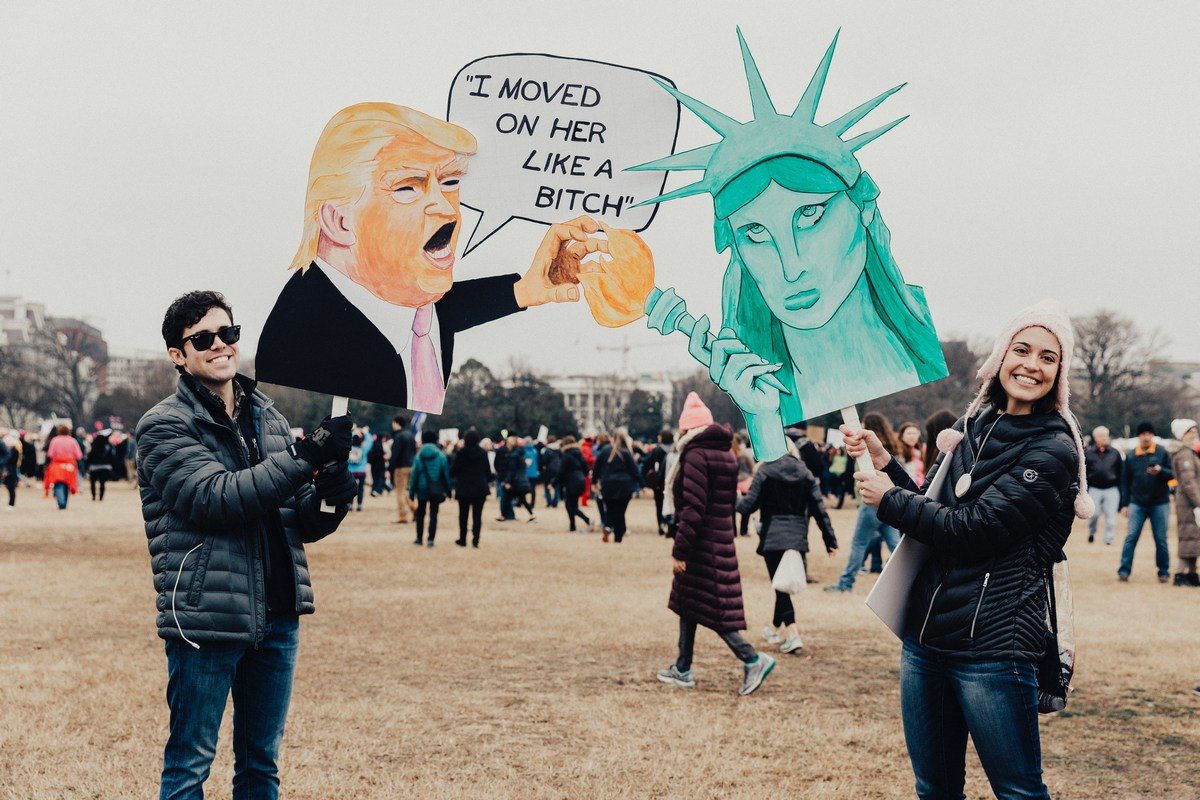 Ensconced in my liberal media bubble it’s easy to imagine President Trump accidentally burning down the White House. One too many intemperate tweets, one too many sex scandals, one too many racist gaﬀs. But after listening to BBC interviews across the country with ordinary folks, I’m afraid the “king” is far from dead.

Unfortunately, Trump’s self-destructive impulses are only matched by the Democratic Party’s self-destructive tendencies. While republican conservative ideology survives Trump’s tweets, the democrats are having a diﬃcult time deciding what their message should be.

One year after a disastrous election fail, there is still enormous division within the party. While democrats agree the party needs to unify, there is little consensus as to what to unify around, beyond defeating Trump. That is not a winning strategy.

There is no question voters are looking for a populist message. If there is one thing we should have learned from the last election, it is that voters are fed up with playing second ﬁddle to more powerful interests.

If there is one thing we should have learned from the last election, it is that voters are fed up with playing second ﬁddle to more powerful interests.

Early warning signs were the Occupy Movement and the standoﬀ at Standing Rock.

Trumps election was a reﬂexive vote against establishment politics.

There are a number of areas where the Democratic Party could really distinguish itself from Trumpism if only it could get oﬀ the fence it likes to sit on. A recent measure promoted by Bernie Sanders to allow the importation of cheaper pharmaceuticals from Canada is a perfect example. It was defeated 46 – 52 because thirteen democrats voted against it!

Importing  cheaper pharmaceuticals from Canada is supported by 72% of Americans. If only that percentage got out and voted!

Now no one thinks that importing drugs from Canada is the ultimate solution to high drug prices in the US. But it would be a signiﬁcant defeat for the pharmaceutical industry and a congress that appears to be thoroughly in its pockets. This in turn could help lead to the healthcare reforms so long overdue in this country.

Another issue on which the Democratic Party is following the cart instead of leading it is the legalization of marijuana. That’s a policy which is now supported by well over 60% of Americans including the libertarian wing of the republican party.

There are huge economic opportunities in the farming of hemp and the production of medicinal marijuana. Hemp can provide an important alternative to wood as a renewable source of paper ﬁber. An entire industry is poised to take root should this plant be legalized across the nation.

The Democratic Party doesn’t seem to know it’s own mind. Domestically, the party is strong on women and children’s rights. Yet year after year it supports massive arms sales to a nation, Saudi Arabia, that practices gender apartheid and is waging a dirty war in Yemen with US weapons.

It also supports excessive and unsustainable defense spending and, as in the case of the invasion of Iraq, harebrained military interventionism. Why do so many democrats follow republicans oﬀ the cliﬀ?

There are other areas where the Democratic Party could really distinguish itself. Bernie Sanders has pointed the way. Free higher education. If you think that is a radical proposal consider this: In most of Europe and in Australa, a high school diploma is the equivalent of two years of community college in the US. Most European and all Australian high schools provide a two track curriculum. Students can choose between an academic program or a vocational one, similar to what community colleges in the US provide. We cannot aﬀord NOT to educate our populace. Jobs are being lost to automation and the high paying jobs are going to the most educated and skilled.

Another area of Democratic Party ambivalence is universal healthcare, medicare for all. Sanders’ push for this has convinced a lot of democrats running for oﬃce to take up the banner. It is even being looked at by some republicans as the only solution to the crippling cost of healthcare in this country. With Obamacare on life support ever since Trump’s eﬀorts to undermine it with executive orders, there has never been a better time to get on board the universal healthcare train!

From money in politics to Native American land rights, the Democratic Party needs to shed its corporatism in favor of populism or it will continue to struggle. The issues I’ve touched on above – and there are many more, are not right vs left issues. There is nothing radical about investing in education. There is nothing left-wing about legalizing a plant that should never have been made illegal in the ﬁrst place. Putting the brakes on US defense spending, arming of the world, and military interventions is fundamentally conservative, as is protecting the environment, protecting American jobs, and addressing income inequality.

So make the case, make it loud, and make it often. Stand for something.

Ferdi Businger – An Independent
Ferdi shares his year between his cabin in the San Juan Islands and his private nature reserve near Spiva Butte in Eastern Washington state. Both homes are hand-built from fallen timber saved and machined by Ferdi.

Fat and getting fatter! America 2030…