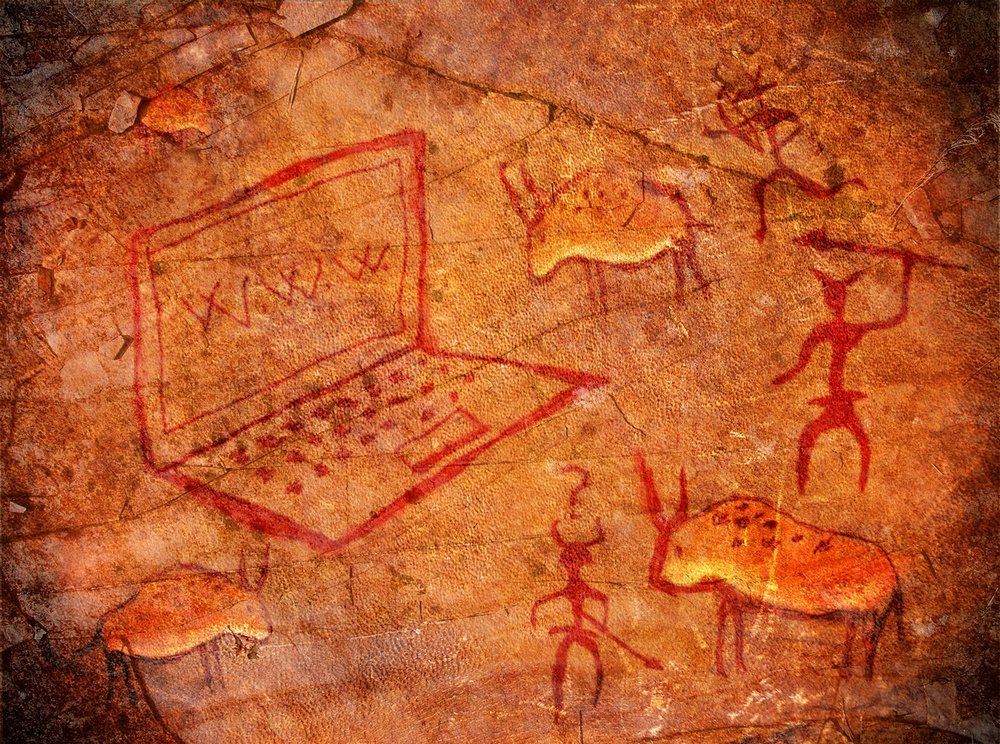 It may be the 21st century, but our genes are trapped in the past!

I took my 12 year old son to his regular Saturday basketball match yesterday. His team lost – against a team that they have previously beaten multiple times.

My son played a good game. Both the coach and the team manager praised his effort. In fact, as usually happens, he scored around 30% of the team’s points.

Nonetheless, he was clearly unhappy. I assumed it was as much because he missed four free throws as the loss itself.

On the journey home I was extremely positive and encouraging about both his and his teammate’s efforts. The usual ‘good days – bad days’ routine.

I pointed out that, on average, the opposing players were taller than the players on his team and that that gave them a distinct advantage. He was quiet, but seemed okay.

I’m a parent of limited patience…

When we arrived home, his mother asked him how the game went. Bad move! He went from quiet, to tears, to melt down and onto a full tantrum.

Being a parent of limited patience, I told him to settle down and accept the loss. He then told me – very loudly – that “YOU weren’t playing and YOU didn’t hear the things that were being said to me by the other team!“.

He then went on to tell me – in an equally loud voice (OK… he was screaming) that I “clearly didn’t see how biased the refs were against his team“. He seemed to have forgotten that I was on the score bench.

Take it on the chin and man up to reality, mate!

Patience ended, I told him to accept the loss, to take it on the chin and ‘man up‘ to reality, to learn from the experience, or that if this was his way of handling a loss, to stop playing basketball!

He then proceeded to tell me how little I knew about everything and that I was “the worst father ever!’

Tit for tat, I explained that was fine and he could organize his own transport to basketball next Saturday. His retort? 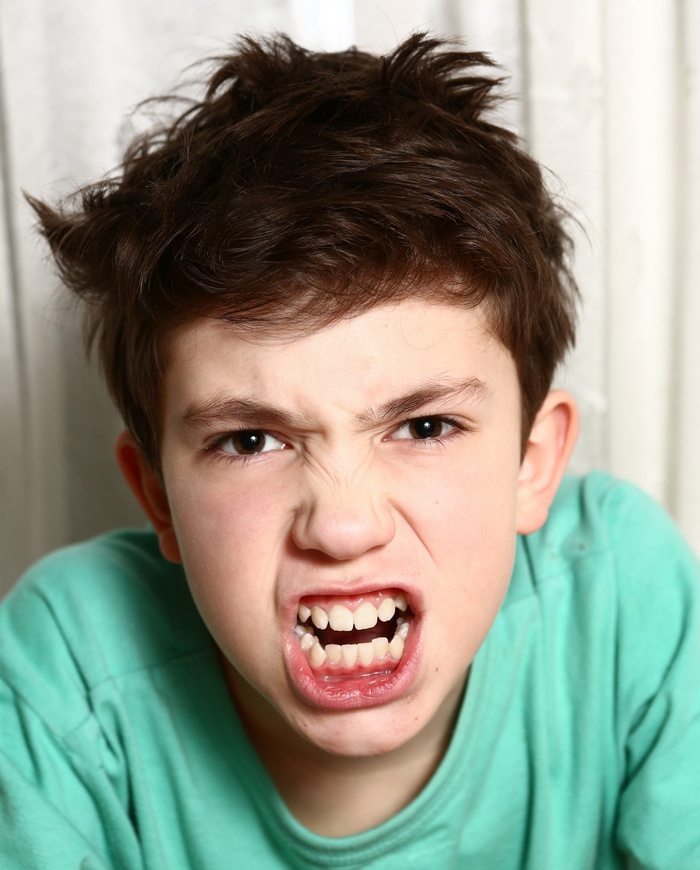 “Instead of yelling at me, you’re supposed to help me work through this thing!”

Fortunately, at this stage, his mother took him inside, probably gave him some food and drink and undoubtedly ‘helped him work through the problem’!

Give me my damned club and stop feminizing my son!

While I admit to being amused by his attempted manipulation, I thought his statement was exceptionally symptomatic of the challenges that men are facing in today’s society.

Our clubs have been taken and we’re being feminized! Yes, feminized! Castrated! Prevented from doing the things that genetically we are meant to do! Boys are no longer allowed to be boys!

They have to be politically correct and forever mindful of the feelings of others. They can’t throw rocks or own, let alone use, a slingshot. They are punished for fighting and told to ‘work through things‘!

No wonder almost all mass murderers are men! They’re just ‘working through things’!

Okay, I’ll accept that I just lost half of the global population but bear with me. There’s a reason why something like 98% of the world’s billionaires and 95% of Fortune 500 CEO’s are men.

Sorry ladies, but it’s not the glass ceiling (although I readily admit that exists). The reason, pure and simple, is that little thing that makes us men – no, not our penis, TESTOSTERONE!

An hour later, I had a little tête-à-tête with my son. It was blunt. In fact, probably brutal.

I asked him whether he considered himself an alpha or beta male. He volunteered ‘alpha’ and yes, he knows the difference.

I told him that men ‘don’t work through things’, they ‘just get on with it’!

Okay, I just lost another 25% of you but, seriously, can you imagine our forefathers ‘working through things’ when they were being attacked by marauding bandits? What rubbish! We’re men and we’re wired for action.

We’re designed to get out and ‘make a killing’!

In the not too distant past, a man’s role was simple – to protect and help to feed his family and of course, to impregnate as many women as possible (1).

Life was simple and judging by the anthropological studies of the few hunter-gatherers left on earth, pretty damn good. Working hours were short and community hours long.

Men and women worked together as equals in every respect, to raise and nurture children.

They ate the original and only paleo diet and were free of most of the illnesses and diseases that afflict today’s stress prone existence.

Enter the agricultural revolution some 10 to 12,000 years ago. It didn’t kill the fun, but it certainly put a dampener on things.

Working hours increased and stress levels probably increased with them. We were now rooted to the ground along with our crops. We no longer moved with the seasons but instead prayed that the seasons would be good to us.

We built villages and then towns and eventually cities. We became merchants and bureaucrats. Some of us were lucky enough to stay as farmers which gave us a real connection with nature. Others joined or were conscripted to armies, which certainly allowed ‘boys to be boys’.

Wind the clock forward to today… assuming you have a job, and that’s a big assumption in many countries, the typical male gets up, gets dressed, swallows his coffee, toast or Weet-Bix, gets in the car, bus or train looking forward to what? A cubicle if he’s lucky, an open plan office if he’s not.

He needs to watch his ‘P’s and Q’s’ so as not to offend. And heaven forbid that he should show the slightest sign of aggression else he’ll be accused of bullying.

Don’t admire that necklace your co-worker is wearing or you’ll be accused of sexual harassment. And gender specific jokes? No way, José! Oooops, was that a racial slur?

At the end of his workday, our office worker – executive or clerk, can go home with the comforting knowledge that he has efficiently achieved what? Signed a few forms? Added up a few numbers? Processed a few payments? Hardly the stuff of campfire tales!

Blessed are those who work with their hands…

For they are truly fulfilled. They actually see where they’ve been at the end of their week!

It’s a fact that tradesmen typically have much higher job satisfaction levels than ‘white collar’ workers (2). It’s because they are doing things that are meaningful to the male psyche – things that replicate their basic need to provide shelter and security.

And it may have a lot to do with the fact that laughter, singing, joke telling and even – horror of all horrors – ogling of pretty women passing by, is an acceptable pastime… at least by their workmates!

Tradesmen take risks – when the WHS person isn’t around, that help to fulfill their inherent need to face danger. They’ll even push the boundaries too far and actually inflict pain on themselves sometimes. But when they do, they don’t ‘work through it’!

They are far more likely to swear and cuss and take their anger out on a piece of timber or the nearest apprentice, lick the wound and get on with the job! Is it any wonder that most tradesmen prefer to work on male only work-sites?

A misogynist by any other name?

By now, I’ve been labelled by roughly 50% of you as a misogynist but that is both unkind and unfair. I love and admire women. I’ve even been married to some! You’re clever, adaptive, socially capable and responsive in ways that men will never understand.

We’re oafs in comparison but that is the very point I am trying to make. We’re brutes!

We’re designed by nature to pull and tug, punch and thump, throw rocks and pull the girls’ pigtails!

We’re social animals but not in the way women expect or want in the 21st century.

For 300,000 years (3) we’ve been able to celebrate the hunt or the battle. Now the best most of us can hope for is to celebrate our rugby, soccer or baseball team’s win! We’ve gone from participants to observers and even that is becoming socially unacceptable!

Ladies, let us be! Allow us to be men. Understand that testosterone makes it impossible for us to think or act as women do.

While you may not be ‘Barbie’, most men are happy to be ‘Ken’, protecting those he loves and, hopefully ‘bringing home the bacon’! But with the knowledge that, while he’s been out with the boys chasing the local mammoths, you’ve been digging up enough roots and collecting enough berries to cover us for ‘the one that got away’!

(1) For gene survival purposes, monogamy suits a woman’s physical requirements. A woman can only have one pregnancy at a time. On the other hand, polygamy suits the male survival instincts in that he can impregnate multiple females in quick succession.

(3)  Recent discoveries in Morocco have pushed back the coming of Homo Sapien by some 100,000 years. For some 299,900 years, men have been allowed to be men. What are the scientific odds of us being able to adapt to 21st century demands?

I’m a father who dearly loves his children. I wake them every morning, get their breakfasts, make their lunches and, most nights, cook their dinners.

I chase them into the shower, iron their clothes and try my best to educate them. In between time, I do my best to ‘bring home the bacon‘.

And finally… a perfect example of male problem solving skills!

Whether you agree or not, bricks, bats and bouquets are welcome via the comments box below as, of course, is your contribution to the conversation!

It’s not about you… It’s about those you leave behind!