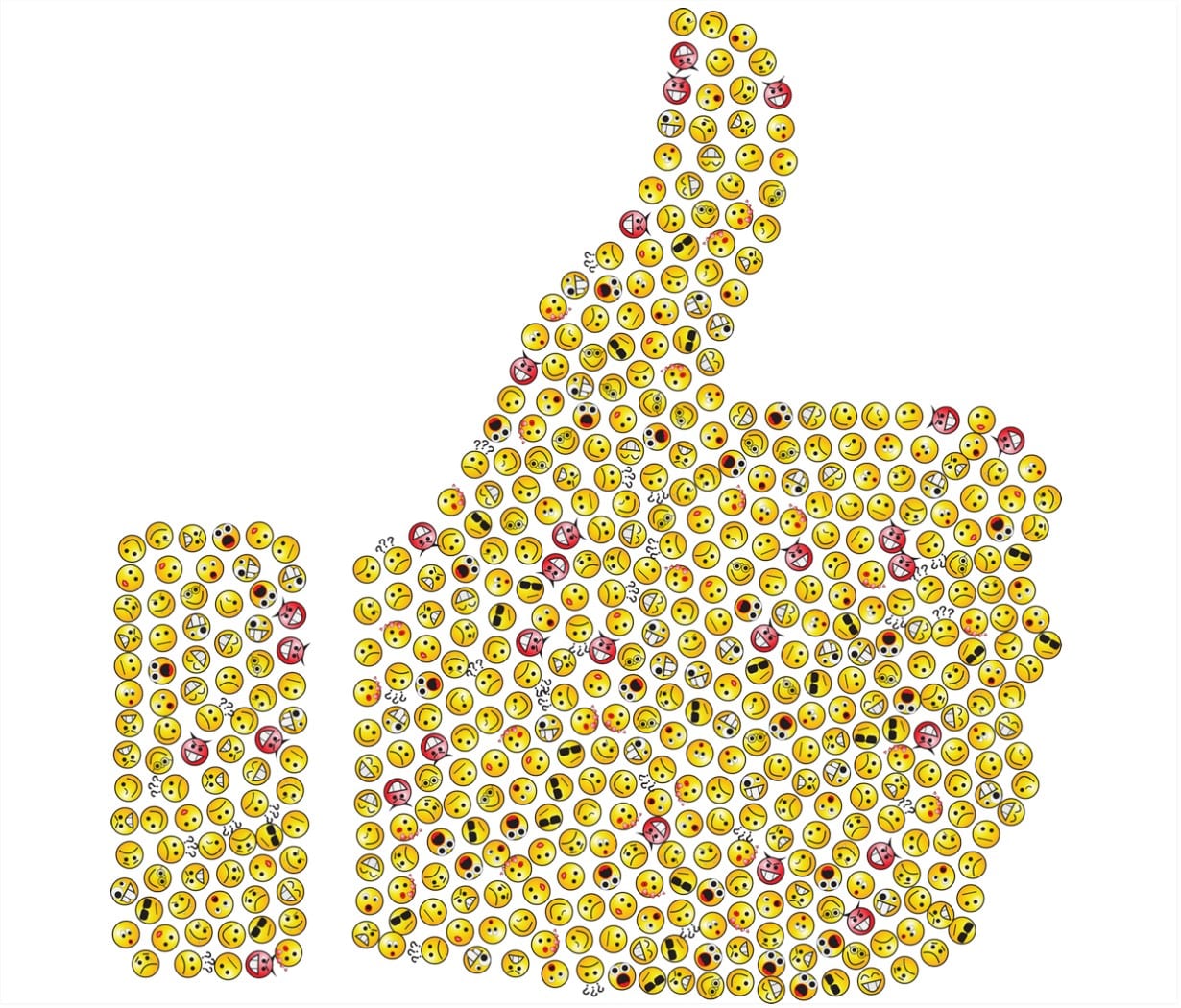 Human beings have communicated with each other using simple pictures for thousands of years. The oldest known cave paintings are over 40,000 years old.

This ancient — and uniquely human — form of communication has, of course, found its way into today’s internet culture.

People use little digital icons to convey emotion or ideas on electronic devices.  These are called emojis.  We all use them.  Most of us understand what they mean.

The Japanese engineer, Shigetaka Kurita, developed the original set of 176 emojis in 1999.

Emojis gained cult status when Apple added them as a standard keyboard to their devices in 2011.  They have since evolved across cultures and screens.

Emojis are popular because they can communicate complex information more succinctly than text statements.

The developers of these sites created all three emoji domains in 2011.

Catchy Answer to a Growing Problem

Emoji domains answer a growing problem in the digital world.

The digital space is near fully populated. The most obvious dot com domain names are already in use.  Emoji domains allow the URL business another lease on life.

Emoji domains are also quite catchy from a marketing perspective.  They add personality to a brand even as they playfully circumvent language barriers

In 2015, Coca-cola used a domain name with a smiley emoji for an advertising campaign for mobile users in Puerto Rico.  The campaign was an enormous hit.

There are nonetheless a few widely acknowledged obstacles to a further increase in the use of emoji domains.

For example, many browsers do not support emoji domain names.  Moreover, some of the world’s current regulations and laws prohibit a number of top-level domains from hosting them.

Domain name investor, Page Howe, nevertheless believes there are new opportunities in emoji domains. “To me, this is truly new,” Howe says.

Howe predicts repeating emoji domains — 👏 👏 👏 .com, for instance — will do particularly well because of their visual impact.  “Once you’re over your keyboard and hitting it once, it isn’t that hard to hit it one, two, three times,” he says.

What do you think?  Are emoji domains the thing of the future or mere passing fancy?

Let silence be your general rule…