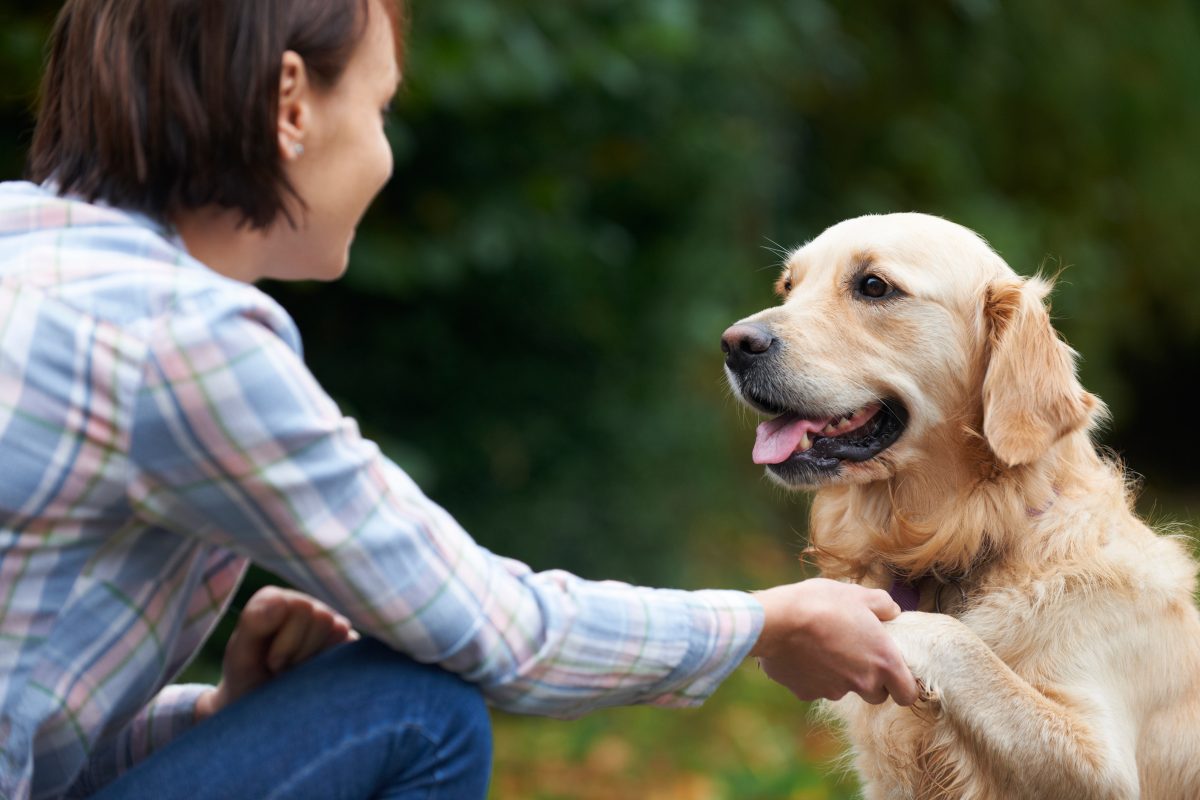 Pet Golden Retriever And Owner Playing Outside Together

Does your dog trust you? The thought is incomprehensible to any pet parent as dogs are the last creatures you’d think to have trust issues. Why, they’re happily grovelling doormats!

They’re not man’s best friend for nothing. Their world practically revolves around their humans. They love – and trust us – no matter what. Or do they always? A recent study says otherwise; your dog might stop trusting you when you’re angry.

Dogs exhibit similar actions and emotions to that of humans but their facial expressions and actions could be entirely different from what we perceive them to be. So it’s not just men, but dogs may be from Mars too!

It’s common knowledge that dogs can read humans, just look at how therapy dogs connect with patients and cheer them up. Yet no one has really looked at how they respond to our changing moods. Since they are very affectionate and have shown unconditional love to humans, most of us think that they love us unconditionally and thus trust us the same way.

Well, in an experiment conducted by behavioral scientists led by Professor Ross Flom from Brigham Young University, they observed that dogs reacted differently to positive and negative emotions. When the person pointed in the direction of an area, the dog was willing to explore it even if it’s not known to him. This indicated a high level of trust on the part of the dog. However, when the person pointing was visibly angry, the dog exhibited some delay or hesitance in responding.

Based on their observations, the dogs still did what they were told to do, but the speed in their response indicated the degree of trust they gave to their humans. When trust is high, the response is almost immediate, and perceptively a little slower when it’s low. The study shows that dogs don’t trust their humans as much when they perceive them to be angry. So the love may be unconditional, but their trust is variable.

Dogs have heightened senses and are very good observers. And they’ve had plenty of time to study us, after all they’ve been living with man for 16,000 years. On the other hand, humans read dogs by basing it on human emotion and actions. So if dogs exhibit an action that’s similar to what humans do, the human interpretation of it is the basis for understanding the dog’s actions.

Maybe it’s high time we took a closer look at our furry friends so we can truly, or at least, better understand them.

Anyone who’s ever had or grew up around dogs would think they know dogs very well. I thought the same with Butter, my yellow Labrador. Well, apart from licking me and my friends to Hades, I read the rest of her behavior as I would people. If she yawns, I’d think she’s sleepy, and smiling when she has that tongue-out happy face. Studies suggest that yawning for dogs could mean that they feel threatened, not bored or sleepy. Hugging your dog, according to another study stresses them out instead of comforting them.

You wonder then what’s the point when your dog will do as he’s told anyway. First is that if you want your dog to respond to your commands right away, then you should say it in a normal or happy voice. Second, is that any dog owner who truly loves dogs would avoid doing anything that would cause any stress to their furry pets. So, in as much as we love our pets, we should understand their emotions according to their behavioral patterns and not base it on ours.

This is not to say that we should stop hugging our dog or refrain from instilling discipline to them. After all, they are family members, who are just always happy to see us no matter how their day went. But maybe a little consideration and sensitivity on our part won’t hurt at all. It’s not always what you say that matters, it’s how you say it that does – to your dog anyway. Hey, it works on humans, it should too for dogs.

Thanks to this study, we now know a little more about our canine family members. Read the full article here.

Talking about dogs, you might also want to know how to make your garden friendlier to your dog…

So Your Kids Want a Treehouse?

Do we really need to clear out our skin pores?

Would you use your partner’s toothbrush to avoid dementia?