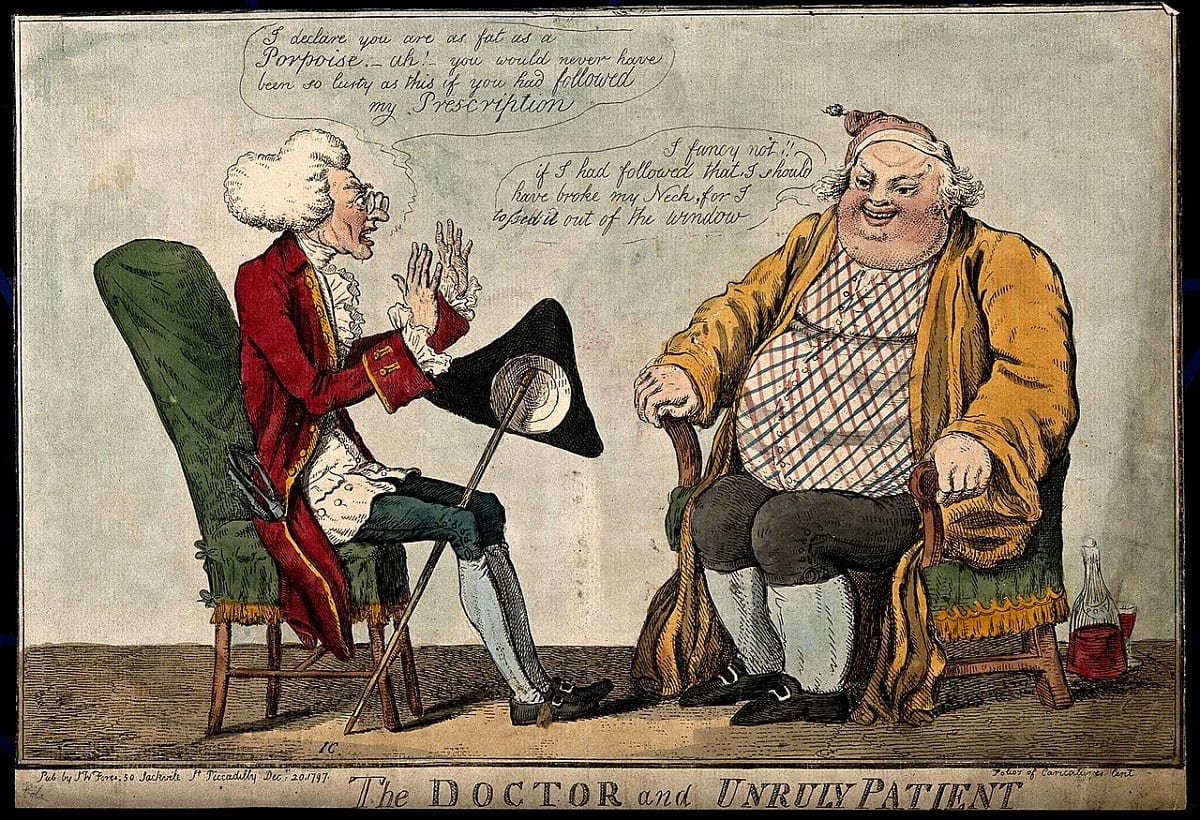 The US Census Bureau conducted its first National Health Survey in the early 1960s. The results of the survey indicated that 23 percent of American adults were overweight.

The number increased steadily over the course of two more national surveys over the years. By the late 1970s, the proportion of overweight American adults had swollen to 25.4 percent.

The fourth US health survey, conducted a decade later, showed a pronounced uptick. The survey showed that 33 percent of all American adults were overweight.

This particular figure, along with other information US authorities had collected, made experts sit up.

The increase was remarkable. In fact, it was conspicuous enough to raise questions concerning the methodology that yielded the figures.

So Katherine Flegal and other researchers at the Centers for Disease Control (CDC) began crunching the numbers, digging through records. The Journal of the American Medical Association published their findings in 1994.

Their basic conclusion was as stupefying as it was embarrassing. Collectively, Americans had gained a billion pounds in 10 years.

And America kept on gaining weight!

Today, American men are on average 17 pounds heavier than they were in the late seventies. The figure is even higher for women: 19 pounds.

But the US is only a small – albeit portly – part of a much fatter epidemic. Worldwide, obesity has tripled since 1975.

Experts determine an individual’s ideal weight according to the body-mass index (BMI). That is, a person’s weight divided by the square of his height (weight/height2).

The metrics have undergone slight changes over the past 50 years. Today, scientists agree that a person is overweight if his or her BMI is greater than – or equal to – twenty-five.

Data gathered by the World Health Organization (WHO) in 2016 says that more than 1.9 billion people worldwide aged 18 years and older were overweight.

Of these, some 650 million were obese. The figure exceeded the entire population of North America that same year.

Such a sweeping and apparent phenomenon seems to require an explanation on the same scale. Something full-sized must have happened to the world to make so many people gain as much weight.

For most scientists, the answer is a mystery… wrapped in bacon.

Hyuna Sung of the American Cancer Society in Atlanta believes the explanation is both cultural and economic.

In America today, for instance, obtaining calories is a nearly effortless endeavour. You can go to the grocery store and buy enough sugar, fat, and salt for a week with a few dollars.

The result is what scientists call “mismatch paradigm.”

We evolved to run, hunt, and chase down mammoth and buffalo for days on end in the prehistoric savannas. Now we live lazily in Sugarland.

“The simultaneous rise in excess body weight in almost all countries is thought to be driven largely by changes in the global food system, which promotes energy-dense, nutrient-poor foods, alongside reduced opportunities for physical activity,” says Sung.

Despite its relationship with disease, many do not see being overweight as a problem that requires an immediate solution. That is simply wrong.

Apart from diabetes and heart disease, excess body weight is also responsible for about 4 percent of all cancer cases worldwide. In fact, studies have linked obesity to an even larger proportion of infirmities in the developing world.

Colditz says the actions of individuals are important. “But unless those actions are supported by policies, infrastructure, schools, and employers, they’re less likely to take hold and be broadly successful over time,” he says.

Experts agree that the root causes of obesity – a sedentary life style and an abundance of food – are difficult to address. New technology, however, can help. Your smartphone is a perfect tool for getting -and staying – healthy and in shape.

Noom is a weight-loss app that helps you establish objectives and track your progress. The app also tracks your food intake and logs your exercise, even from everyday activities.  Noom starts you off with a 30-second evaluation to help you map out your ideal weight goal.

The Endomondo Sports Tracker is for runners, cyclists, and anyone else who enjoys a workout in the outdoors. The app uses GPS to track your route, allowing you a Google Maps view and data on your lap time and workout history.

This app has a website to help you achieve your goals. MyFitnessPal measures your food intake, exercise, and pairs with other fitness and weight-loss apps, including Endomondo Sports Tracker, among others. The community aspect adds a live feed to keep you motivated.

MyNetDiary is a nutrition-focused weight loss app. The app tracks your calorie and nutrition intake, as well as your exercise. You can scan packaged food or type the first few letters of a dish’s name to search the app’s extensive food database. You’ll get the information to make healthier choices.

Scan a food item’s UPC and Fooducate tells you nutrition facts and more. The app will tell you if the sodium level is dangerous, for instance. It will also say if the vitamins come from nature or chemicals and show healthier alternatives, if need be.

Are you ready to downsize?

Eating to Save the World

Could this be the end for Type 1 diabetes injections?