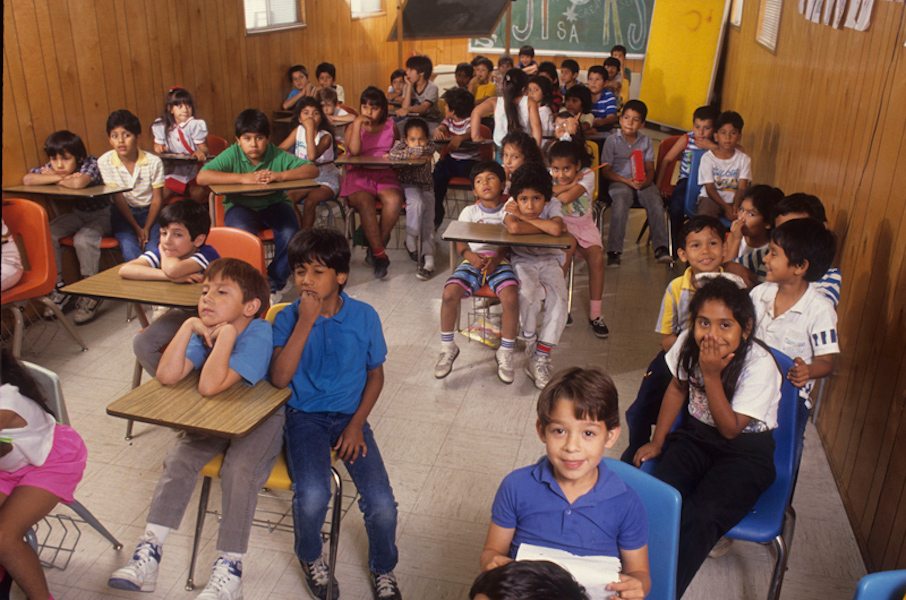 Income and wealth inequality is accelerating in all Western nations. It’s certainly not a new phenomenon since wealth – and power – has been concentrated throughout history.  But in a brief hiccup in time, the Industrial Revolution lead to a broadening of both the income and asset base of nations. As individual incomes and wealth increased, power was passed to ‘the people’ via true democracy. In most economies, this broadening of the income and asset base peaked in the 1960’s and 70’s. We have witnessed a steady decline in the distribution of both since. In this article, Lynn Parramore  Senior Researcher at the Institute for New Economic Thinking, discusses how the power-base has also become concentrated again. The article is focused on America but we are facing similar issues in Australia, the U.K., France, Italy and even in China. 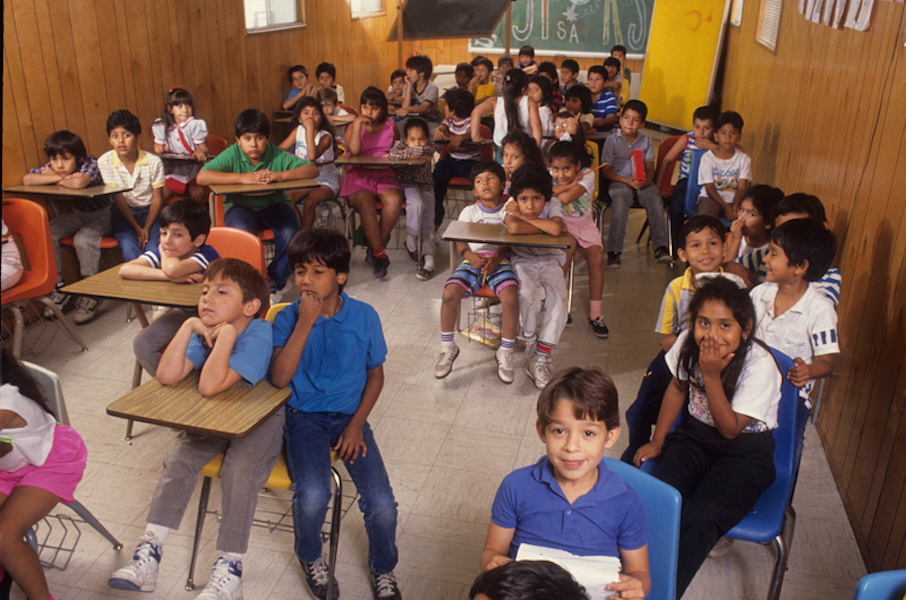 You’ve probably heard the news that the celebrated post-WW II beating heart of America known as the middle class has gone from “burdened,” to “squeezed” to “dying.”  But you might have heard less about what exactly is emerging in its place.

In a new book, The Vanishing Middle Class: Prejudice and Power in a Dual Economy, Peter Temin, Professor Emeritus of Economics at MIT, draws a portrait of the new reality in a way that is frighteningly, indelibly clear:  America is not one country anymore. It is becoming two, each with vastly different resources, expectations, and fates.

In one of these countries live members of what Temin calls the “FTE sector” (named for finance, technology, and electronics, the industries which largely support its growth). These are the 20 percent of Americans who enjoy college educations, have good jobs, and sleep soundly knowing that they have not only enough money to meet life’s challenges, but also social networks to bolster their success. They grow up with parents who read books to them, tutors to help with homework, and plenty of stimulating things to do and places to go. They travel in planes and drive new cars. The citizens of this country see economic growth all around them and exciting possibilities for the future. They make plans, influence policies, and count themselves as lucky to be Americans.

The FTE citizens rarely visit the country where the other 80 percent of Americans live: the low-wage sector. Here, the world of possibility is shrinking, often dramatically. People are burdened with debt and anxious about their insecure jobs if they have a job at all. Many of them are getting sicker and dying younger than they used to. They get around by crumbling public transport and cars they have trouble paying for. Family life is uncertain here; people often don’t partner for the long-term even when they have children. If they go to college, they finance it by going heavily into debt. They are not thinking about the future; they are focused on surviving the present. The world in which they reside is very different from the one they were taught to believe in. While members of the first country act, these people are acted upon.

The two sectors, notes Temin, have entirely distinct financial systems, residential situations, and educational opportunities. Quite different things happen when they get sick, or when they interact with the law. They move independently of each other. Only one path exists by which the citizens of the low-wage country can enter the affluent one, and that path is fraught with obstacles. Most have no way out.

The richest large economy in the world, says Temin, is coming to have an economic and political structure more like a developing nation. We have entered a phase of regression,and one of the easiest ways to see it is in our infrastructure: our roads and bridges look more like those in Thailand or Venezuela than the Netherlands or Japan. But it goes far deeper than that, which is why Temin uses a famous economic model created to understand developing nations to describe how far inequality has progressed in the United States. The model is the work of West Indian economist W. Arthur Lewis, the only person of African descent to win a Nobel Prize in economics. For the first time, this model is applied with systematic precision to the U.S.

The result is profoundly disturbing.

In the developing countries Lewis studied, people try to move from the low-wage sector to the affluent sector by transplanting from rural areas to the city to get a job. Occasionally it works; often it doesn’t. Temin says that today in the U.S., the ticket out is education, which is difficult for two reasons: you have to spend money over a long period of time, and the FTE sector is making those expenditures more and more costly by defunding public schools and making policies that increase student debt burdens.

Getting a good education, Temin observes, isn’t just about a college degree. It has to begin in early childhood, and you need parents who can afford to spend time and resources all along the long journey. If you aspire to college and your family can’t make transfers of money to you on the way, well, good luck to you. Even with a diploma, you will likely find that high-paying jobs come from networks of peers and relatives. Social capital, as well as economic capital, is critical, but because of America’s long history of racism and the obstacles it has created for accumulating both kinds of capital, black graduates often can only find jobs in education, social work, and government instead of higher-paying professional jobs like technology or finance— something most white people are not really aware of. Women are also held back by a long history of sexism and the burdens — made increasingly heavy — of making greater contributions to the unpaid care economy and lack of access to crucial healthcare.

How did we get this way?

What happened to America’s middle class, which rose triumphantly in the post-World War II years, buoyed by the GI bill, the victories of labor unions, and programs that gave the great mass of workers and their families health and pension benefits that provided security?

The dual economy didn’t happen overnight, says Temin. The story started just a couple of years after the ’67 Summer of Love. Around 1970, the productivity of workers began to get divided from their wages. Corporate attorney and later Supreme Court Justice Lewis Powell galvanized the business community to lobby vigorously for its interests. Johnson’s War on Poverty was replaced by Nixon’s War on Drugs, which sectioned off many members of the low-wage sector, disproportionately black, into prisons. Politicians increasingly influenced by the FTE sector turned from public-spirited universalism to free-market individualism. As money-driven politics accelerated (a phenomenon explained by the Investment Theory of Politics, as Temin explains), leaders of the FTE sector became increasingly emboldened to ignore the needs of members of the low-wage sector, or even to actively work against them.

Temin points out that the presidential race of 2016 both revealed and amplified the anger of the low-wage sector at this increasing imbalance. Low-wage whites who had been largely invisible in public policy until recently came out of their quiet despair to be heard. Unfortunately, present trends are not only continuing, but also accelerating their problems, freezing the dual economy into place.

What can we do?

We’ve been digging ourselves into a hole for over forty years, but Temin says that we know how to stop digging. If we spent more on domestic rather than military activities, then the middle class would not vanish as quickly. The effects of technological change and globalization could be altered by political actions. We could restore and expand education, shifting resources from policies like mass incarceration to improving the human and social capital of all Americans. We could upgrade infrastructure, forgive mortgage and educational debt in the low-wage sector, reject the notion that private entities should replace democratic government in directing society, and focus on embracing an integrated American population. We could tax not only the income of the rich, but also their capital.

The cost of not doing these things, Temin warns, is incalculably high, and even the rich will end up paying for it:

“Look at the movie, Hidden Figures: It recounts a very dramatic story about three African American women condemned to have a life of not being paid very well teaching in black colleges, and yet their fates changed when they were tapped by NASA to contribute to space exploration. Today we are losing the ability to find people like that. We have a structure that predetermines winners and losers. We are not getting the benefits of all the people who could contribute to the growth of the economy, to advances in medicine or science which could improve the quality of life for everyone — including some of the rich people.”

Along with Thomas Piketty, whose Capital in the Twenty-First Century examines historical and modern inequality, Temin’s book has provided a giant red flag, illustrating a trajectory that will continue to accelerate as long as the 20 percent in the FTE sector are permitted to operate a country within America’s borders solely for themselves at the expense of the majority. Without a robust middle class, America is not only reverting to developing-country status, it is increasingly ripe for serious social turmoil that has not been seen in generations.

A dual economy has separated America from the idea of what most of us thought the country was meant to be.

What are your thoughts? Are you seeing this happening in your neighbourhood and workplace? What do you think can or should be done to ‘level the field’ again? Share your opinion via the comments section below.

Emoji Domain Names: Thing of the Future or Passing Fancy?