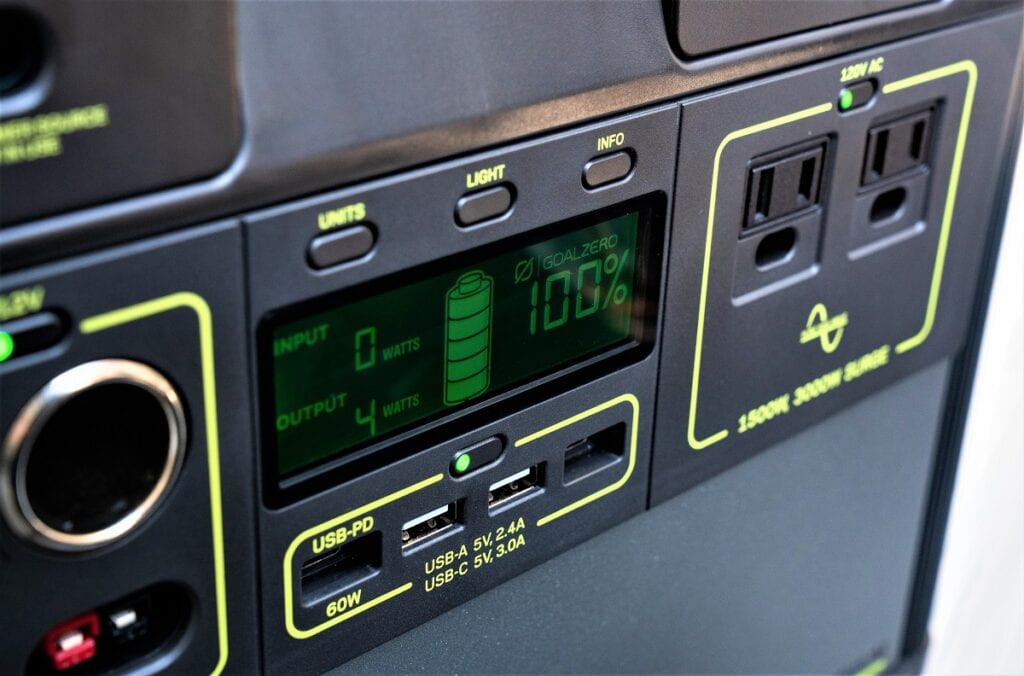 The more electronic devices pervade our lives, the greater our need to keep them functioning wherever we go. The result is a wide array of portable power stations. Each is an attempt to keep you within reach of a power source no matter where you are.

Many of the most popular power stations today are solar-powered. You can charge the battery of a solar power station even without a power outlet. All you need is a few hours of sunlight.

You can connect these machines to solar panels. They’ll store the sun’s energy and later convert it to electric power. Most portable models afford you the option to draw and store power from a car’s 12V charger, as well.

The Right Portable Power Station for You

Some portable solar power stations are rugged, durable, and built for the outdoors. Others are robust enough for use at home during times of unexpected power outages and emergencies.

These machines are doubtlessly useful. Experts say the value of the global portable power station market is now at $330 million. In four years, that market will have grown to $474 million.

But there are so many portable solar power stations in the market nowadays buying one can be confusing. Which make and model is best for your particular needs?

To help you decide, we’ve lined up three of our favorite top-rated portable solar power stations available on Amazon. Each represents a different category in terms of size, capacity, and even design.

Of course, we didn’t stop there. To be of even more help, we’ve provided our insights – as well as those of other reviewers – for each.

1.A Good Compromise Between Size and Capacity

When it comes to portable solar generators, there’s always a negotiation between size and capacity. For many, Jackery Power’s Solar Explorer 240 brokers the perfect deal between the two.

This power station carries enough power for most outdoor power needs without being too bulky. It’s sturdy, well-built, and proved dependable during our testing.

Weighing 6.6 pounds with a 240 Wh battery, the Solar Explorer 240 has a pure sine wave inverter. This system turns the battery’s DC power into an alternating current that switches efficiently between polarities.

At the top of the battery is a long carry handle. On the bottom are four rubber feet. The rubber helps keep the power station securely in position on slick surfaces.

This is a very simple, no-frills station. Stripped of embellishments, it’s a collection of lithium-ion batteries attached to a few basic output ports and charging circuitry. But we believe this machine is tougher, better for its wonderful simplicity.

“From zero degrees Fahrenheit in the snow to the early summer Texas heat,” Stokes writes in his blog.

The manufacturers claim the Explorer’s AC electricity is safe to use even with sensitive electronics. We’ll have to take their word for it.

We didn’t try the Explorer 240 on critical medical equipment. But it should be capable of powering a 60W mini-fridge for four to five hours, depending on the circumstances.

The grounded three-pronged socket delivers up to 200 watts of continuous power. Some reviewers have said that this power station can handle surges of up to 400 watts from reactive loads.

Our verdict? While our tests were limited, we think we saw enough of this power station’s performance to merit a recommendation.

Our test unit endured a long, rattling journey in the back of a pickup truck. Not only that, the unit comported itself well during an activity-filled weekend of camping.

We say the Jackery Power’s Solar Explorer 240 is a solid companion power station for a good price.

We’re confident it will hold up in an outdoor setting without flaking on you. And yes, we’d happily carry one again on our next car-based outdoor adventure.

Good Compromise Between Size and Capacity

Buy on Amazon
We earn a commission if you make a purchase, at no additional cost to you.

Westinghouse has been in the electrical supply business longer than most. In fact, the company built some of the first electric power stations in the United States.

But portable solar power stations are a fairly new addition to the Westinghouse line-up of products. The company only began manufacturing portable gas-powered generators in 2012, after all.

Westinghouse nevertheless brings over 100 years of experience into the competition for the portable solar power station market.

Much of that experience is on display in the compact Westinghouse iGen160s. This portable power station’s design says it all.

While it can most certainly be useful for other consumers, Westinghouse designed this product for the outdoor enthusiast.

The iGen160s has a built-in 155AH lithium-ion battery. The power station’s inverter is capable of supplying 120V AC up to a maximum surge current of 150W.

Because it supplies AC power using a reliable inverter, the iGen160s is good for TVs and other electronic equipment. It’s just not quite as efficient as the more expensive pure sine wave inverters.

The unit also has three 12VDC ports for powering gear like a portable cooler or even a CPAP machine. Be mindful, though, that this power station’s capacity is limited by its size.

The Westinghouse iGen160s has simple controls and a color display for basic system information. You flick a simple on and off switch to get the power station up and running.

If you’re not using AC equipment, you can save battery power by switching the inverter off. When the AC mode is active, the screen displays the letters AC boldly in green. A large battery icon indicates the battery’s power level.

All in all, this product is a hands-down winner in the portability category. The outdoor enthusiast will surely appreciate its size and weight. The iGen160s is delightfully compact. Measuring 3.77 inches x 8.14 inches x 7 inches, the unit weighs only 3.75 pounds.

This power station will serve you well as an adjunct portable power supply and charger during camping and picnic trips.

You can leave the larger bank at a base camp and carry the iGen160s into the bush. That said, it won’t be as useful as others when you need maximum portable power and battery time. Westinghouse iGen160s Portable Power Station and Solar Generator, 150 Peak Watts and 100 Rated Watts
$129.00
Buy on Amazon
We earn a commission if you make a purchase, at no additional cost to you.

Goal Zero has been at the forefront of the portable power station market for years. That long heritage shows in all its products. As the company continues to improve on its line of solar generators, its newer offerings consistently exceed previous models.

Among the company’s newest models is the Goal Zero Yeti 500X. This portable solar power station is the biggest and heaviest on this list. It’s also the most expensive – for good reason.

Goal Zero’s “X” series solar generators are successors to the models on its “Lithium” series generators. The company markets the 500X, in particular, to succeed its 400 Lithium model.

This unit has a formidable 505 watt-per-hour battery. Its inverter puts out 300W of power and can handle a 1200W surge upon start.

In terms familiar to those who know vehicle batteries, this unit packs just over 42Ah of power at 12v. That should be more than enough to power a refrigerator and your typical campsite gear.

Despite packing 77 more watt-hours of battery capacity than its Lithium predecessor, the 500X is slimmer and charges faster. It’s also lighter than the 400 Lithium at 12.9 pounds.

The 500X’s capacity and ports will allow it to power the electronic devices you usually bring to a campsite. You can charge a laptop, smartphones, your camp lantern, or a large tablet with it.

We liked how quickly we were able to replenish the power of Yeti 500X’s battery. It took us about eight hours to fully charge this portable solar power station from a wall charger. The unit required four-and-a-half hours to replenish from a car charger.

You can also use a solar panel to recharge the 500X, of course. In that case, its charging time will depend on the size of the panel and the amount of sunlight. But you’ll need about 12 to 24 hours to fully charge the unit using a 50W solar panel. Goal Zero Yeti 500X Portable Power Station, 505 Watt-Hours, Solar-Powered Generator with USB Ports and AC Outlets (Solar Panel Not Included)
$549.95
Buy on Amazon
We earn a commission if you make a purchase, at no additional cost to you.

Built like a tank, you can count on this product during camping trips, picnics, or long road trips. The 500X performed well and consistently during our testing. We found its capacity and build quality quite impressive.

If you don’t mind spending more for a top-quality portable solar generator, then this is an excellent option.