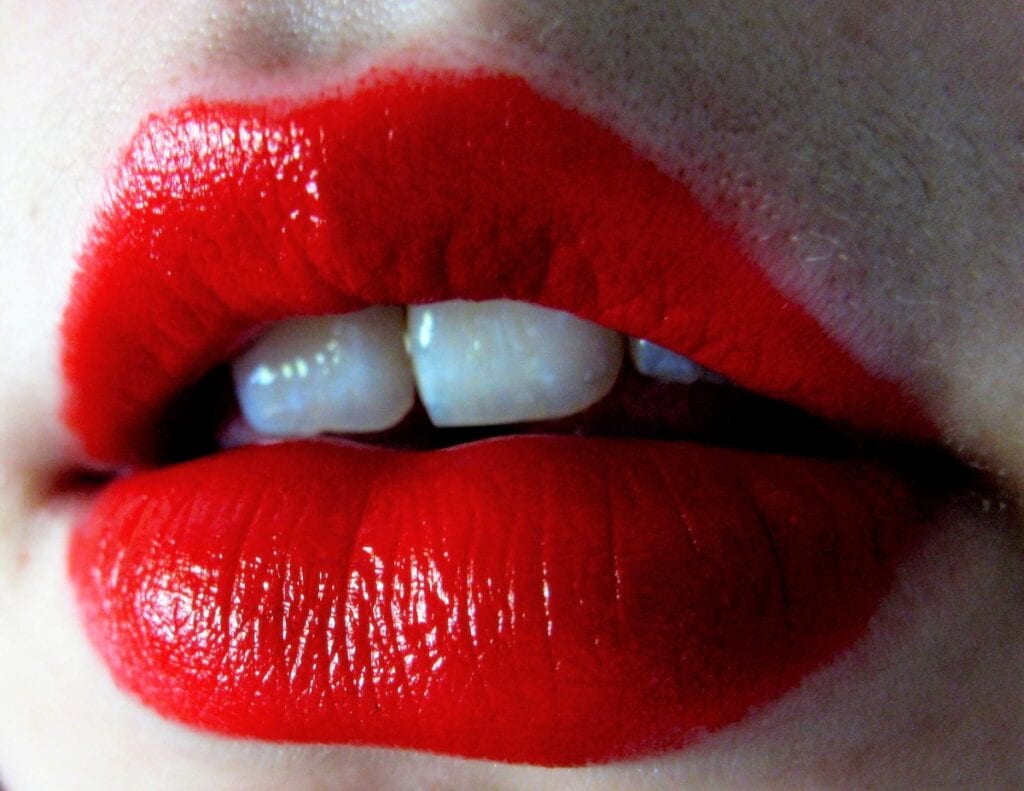 Usually, you will see the woman’s body from the shoulder up. You often see her face. You hear her voice. Depending on the languages you speak, you may not always understand what she whispers into the microphone.

She absently toys with the straps of her blouse. She runs her fingers through her hair, touches her neck lightly, and coos.

Nothing in her actions suggests anything a girl couldn’t do in a library without creating a scandal. The emphasis is on her voice, the sounds she makes with her tongue and mouth, and the words gently rolling from her lips.

Yet slowly, inexplicably, weirdly, you begin to suspect that somewhere in the evocative sounds lurks something mysteriously sensual.

If the performer is skillful enough, and the viewer is particularly susceptible to auditory signals, it happens.

The sensation is akin to an electrostatic-like ripple that travels across the scalp, the skin on back of the neck, and down the spine. Some have quite literally described it as a ‘brain orgasm.’

The Rise of a Cultural Phenomenon

Orgasmic or otherwise, mavens of this relatively obscure aural expertise call its effect ASMR, or autonomous sensory meridian response. The term was coined around a decade ago, and since then, ASMR has flowered into a cultural oddity.

Enthusiasts of the phenomenon comprise a fast-growing online community, largely centered around YouTube videos. There are ASMR celebrities with hundreds of thousands of followers.

In fact, ‘ASMR’ has become the third most popular search term on the platform. One particular ASMR video has been viewed nearly 23 million times as of November this year.

The videos – all of which are intended to elicit the same, almost tactile sensation – use a variety of strategies.

Sometimes it’s a person conjuring sensations like washing the viewer’s face or massaging his or her scalp. There are also relaxing contemplations, role-playing, even alien abductions.

“A lot of people who don’t experience ASMR find it hard to believe it is real,” says Dr Giulia Poerio, a psychologist at the University of Sheffield.

But Poerio’s research shows that those who experience ASMR from watching videos not only feel relaxed but also have significantly reduced heart rates.

The Tingles: From Relaxation to Fetish

In 2015, two psychology researchers at Swansea University in Wales published the first peer-reviewed research study on the phenomenon.

The researchers surveyed 475 people who experience “the tingles” and found that the majority sought ASMR videos on YouTube to help them sleep or deal with stress.

This is by no means an isolated observation. Craig Richard, a professor of biopharmaceutical sciences at Shenandoah University in Virginia, is conducting an online study involving 20,000 ASMR enthusiasts in 200 countries.

Richard suggests that the “extreme relaxation” brought on by ASMR may be the opposite of panic attacks, sitting at the far end of the relaxation spectrum.

So far, his data shows that three-quarters of his subjects use ASMR videos to induce sleep. Another third says the videos help them “feel less sad.”

Some others have started to use the videos to deal with diagnosed anxiety disorders and depression.

This was so apparent in China that authorities felt they had to step in. In 2018, the Chinese government’s anti-pornography office banned all ASMR videos, apparently to “protect minors from harmful content.”

The Taste of Shapes

Why we might experience specific feelings relative to particular sounds – an infant’s laughter or the clattering of rain on the roof – is something scientists are still investigating.

So far there are fascinating – although limited – findings suggesting that more soothing ASMR does relieve some people’s symptoms of stress and insomnia.

There are also initial research findings indicating that the brains of those who experience the phenomenon may be organized a little differently.

Psychology professor Stephen Smith of the University of Winnipeg speculates that ASMR may be similar to synesthesia.

This is the intriguing but little-known neurological condition observed in people who see numbers in color and are able to “taste” shapes.

“In synesthesia, there have been some studies that show there’s slightly atypical wiring in the brain that leads to slightly different sensory associations, and I think that may be the same thing we have here,” says Smith.

Smith’s research likewise suggests that people with ASMR are more likely to have a reduced ability to control emotional responses to signals received through their senses.

That may sound like a bad thing, but that’s not always the case, says Poerio. People who are less able to inhibit connections between their inner and outer experiences also have more intense emotional responses to positive stimuli like music and other arts.

“People with ASMR score higher on the personality trait of ‘openness to experience’, which reflects imagination, intellectual curiosity and appreciation of art and beauty,” says Poerio.

Of course, the idea that our brains react to certain sounds in specific ways is nothing new. There are basic tonal qualities – soft, rhythmic, and gentle, or severe high-pitch shrieks – shared throughout humanity and across all cultures. This is something any musician understands intuitively.

The famous zoologist Desmond Morris long ago postulated an evolutionary premise to our common responses to certain triggers.

For example, just by looking and listening, you can tell when a boy and a girl are flirting with each other no matter where you are in the world.

We don’t have to belong to the same race to know when a puppy is in pain, either. Some auditory signals are so primal even animals perceive them as we do.

What is striking about the ASMR phenomenon is the physicality with which some people might respond to auditory stimuli.

Many will argue that the response isn’t physical at all, of course. But that simply does not hold true for those who report actual goosebumps in reaction to certain sounds or even paintings.

Richard observes that the quality that’s present in almost all soothing ASMR videos is what’s been described as a “tranquil, womb-like intimacy.”

That is, ASMR performers speak affectionately into the ears of headphone-wearing viewers, gently coaxing them to relax by way of diligent personal attention.

This can be incredibly comforting – as women who frequent health spas might easily understand. Touch is the very first sense a fetus forms in the womb, with development starting at around 8 weeks.

“The reason people can get tingles and feel relaxed and comforted listening to Maria Gentle Whispering is because she’s acting very much the way a parent would care for you,” says Richard.

This helps explain why ASMR is at its best, an in-person experience with echoes of childhood and close, loving experiences, he argues.

The ramifications of Richard’s theory are as tantalizing as they are thought-provoking.

If true, then the medical community might one day be able to use ASMR to treat the most pervasive psychological ailments of our time. We can cure insomnia, stress, depression – and maybe even loneliness.

Or, even more provocative, we might be able to “elicit some of those biochemical experiences associated with love through a video with a stranger,” says Richard.

Can we, in fact, bottle and package the essence of love? If so, should we?